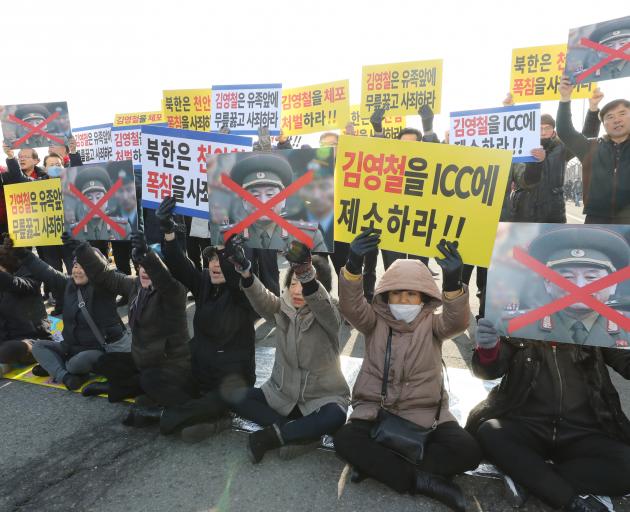 The North's decision to send a former military intelligence chief as delegation leader has enraged families of 46 sailors who died in the attack and threatens the mood of rapprochement that Seoul wants to create at what it calls the "Peace Games".

About 100 conservative lawmakers and activists staged a sit-in at Tongil Bridge, anticipating it would be along the route travelled by the motorcade after crossing the heavily militarised border into the South on Sunday morning.

About 2,500 police were deployed at the bridge, but the motorcade took another road, broadcaster YTN said. Later, the delegation arrived at a hotel in Seoul before heading to Pyeongchang for the ceremony that starts at 8 p.m. (1100 GMT).

The apparent diversion angered protest organisers who then directed their criticism toward South Korean President Moon Jae-in, who is hosting the North Koreans.

The opposition Korea Liberty Party accused the Moon administration of "abuse of power and an act of treason" by re-routing the motorcade to shield it from protesters.

North Korean delegation leader Kim Yong Chol, now a ruling party official, was chief of a top North Korean military intelligence agency. He has been blamed for the sinking of the Cheonan, a South Korean navy corvette.

North Korea has denied its involvement in the sinking.

The protesters held signs which said Kim, who is making a three-day visit to the South, was the main culprit behind the attack and called for his visit to be cancelled.