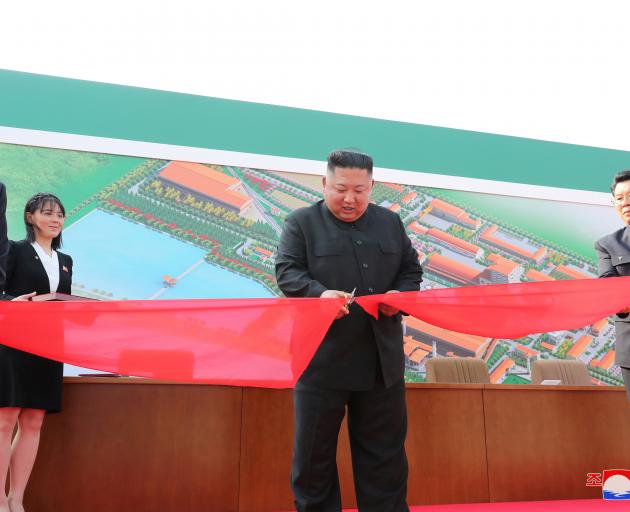 Multiple gunshots were fired from North Korea at 7:41 a.m. local time towards a guard post in South Korea that borders the North, the South's joint chiefs of staffs said in a statement.

After weeks of intense speculation about Kim's health and whereabouts, the country's official media published photographs and a report on Saturday that Kim had attended the completion of a fertiliser plant, the first report of his appearance since April 11.

Kim was seen in photographs smiling and talking to aides at the ribbon-cutting ceremony and touring the plant. The authenticity of the photos, published on the website of the official Rodong Sinmun newspaper, could not be verified.

The exchange of gunshots was the latest confrontation between the rival Koreas that technically remain at war.

Choi Kang, vice president of the Asian Institute for Policy Studies, says the timing of the 'grey area' provocation shows Kim is still in charge of the North Korean military.

"Yesterday, Kim was trying to show he is perfectly healthy, and today, Kim is trying to mute all kinds of speculation that he may not have full control over the military,” Choi said.

"Rather than going all the way by firing missiles and supervising a missile launch, Kim could be reminding us, 'yes I’m healthy and I’m still in power'.”

"The Kim regime may be looking to raise morale of its frontline troops and to regain any negotiating leverage lost during the rumor-filled weeks of the leader's absence," said Easley.

"South Korea and the United States should not take lightly such North Korean violations of existing military agreements."