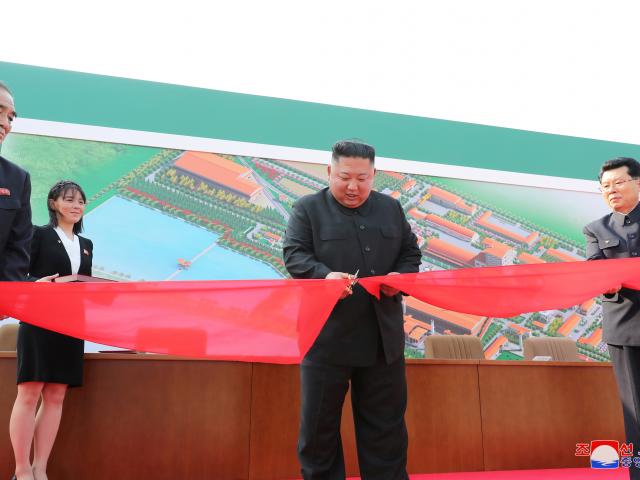 US President Donald Trump says he'd like to see North Korean leader Kim Jong Un this weekend at the demilitarised zone, and North Korea said a meeting would be "meaningful" if it happened.

North Korea executed Kim Hyok Chol, its special envoy to the US, and foreign ministry officials who carried out working-level negotiations for the second US-North Korea summit in February holding them responsible for its collapse.

North Korea fired several short-range missiles from its east coast on Saturday, South Korea's military said, the first missile launch since 2017 as it steps up pressure against Washington after a failed nuclear summit.

A US court on Monday ordered Pyongyang to pay $501 million in damages for the torture and death of US college student Otto Warmbier, who died in 2017 shortly after being released from a North Korea...

US Secretary of State Mike Pompeo brushed off North Korean accusations of "gangster-like" diplomacy during negotiations in Pyongyang.

US President Donald Trump and North Korean leader Kim Jong Un are expected to land in Singapore today within hours of each other in advance of a historic summit over the reclusive country's arsenal of nuclear weapons.

US President Trump called off a historic summit with North Korean leader Kim Jong Un scheduled for next month, citing Pyongyang's "open hostility," and warned that the US military was ready if any reckless acts happen.

The US Defense Secretary said it was too early to tell whether a diplomatic detente between the two Koreas at the Winter Olympics would lead to results, but the move had not driven a wedge between Washington and Seoul.

Japanese public broadcaster NHK issued a false alarm saying North Korea appeared to have launched a missile and urging people to take shelter, but it managed to correct the error within minutes.

North Korea said during rare talks with the South it will send a delegation of high-ranking officials, athletes and a cheering squad to the Pyeongchang Winter Olympics in South Korea next month.

North Korean leader Kim Jong Un said on Monday that the United States will never be able to start a war against North Korea now that his country has developed the capability to hit all of the...

The Trump administration has publicly blamed North Korea for unleashing the so-called WannaCry cyber attack that crippled hospitals, banks and other companies across the globe earlier this year.

Australian police said on Sunday they had arrested a man accused of working on the black market to sell missile components and coal on behalf of North Korea, the first charges ever brought in...

Foreign Minister Winston Peters may be heading to North Korea as part of a trip organised by the US.