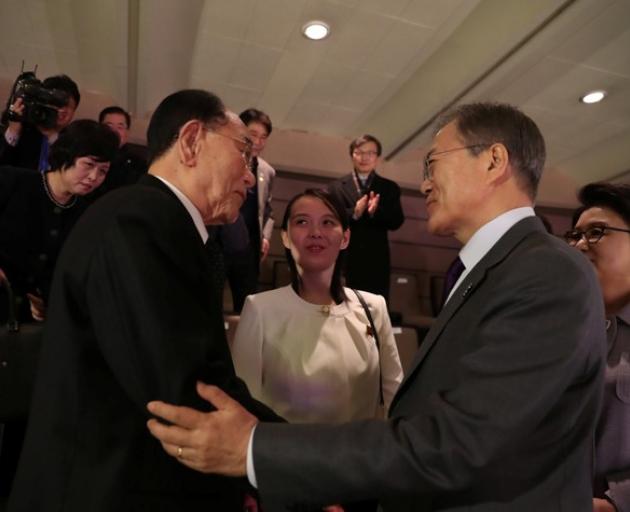 US Defense Secretary Jim Mattis said on Sunday (local time) it was too early to tell whether a diplomatic detente between the two Koreas at the Winter Olympics would lead to results, but the move had not driven a wedge between Washington and Seoul.

Any meeting would represent a diplomatic coup for Moon, who swept to power last year on a policy of engaging more with the reclusive North and has pushed for a diplomatic solution to the standoff over North Korea's nuclear and missile programme.

Washington has pursued a strategy of exerting maximum pressure on Pyongyang through tough sanctions and harsh rhetoric, demanding it give up its pursuit of nuclear weapons first for any dialogue to occur.

"It is too early to say if ... using the Olympics in a way to reduce tensions, if that is going to have any traction once the Olympics are over, we can't say right now," Mattis said.

"In the midst of all this, he ran a military parade that highlighted his ballistic missiles. That is a very strange time, if in fact he is trying to show a warming," Mattis said, referring to Kim Jong Un.

Mattis will meet his Italian counterpart in Rome and will attend a counter-Islamic State meeting.

Pyongyang conducted its largest nuclear test last year and in November tested its most advanced intercontinental ballistic missile that experts said has the range to reach anywhere in the United States.

US President Donald Trump and the North Korean leadership traded insults and threats of nuclear war as tensions rose, with Trump repeatedly dismissing the prospect or value of talks with North Korea.

"On a political level in Seoul, there is no wedge that can be driven between us by North Korea," Mattis said, echoing comments made by US Vice President Mike Pence.

Pence, who was in South Korea for the Olympics, has said the United States and South Korea were closely aligned in their approach to dealing with North Korea.

A visit by Moon to the North would enable the first summit between leaders from the two Koreas since 2007, and would mark only the third inter-Korean summit to take place.