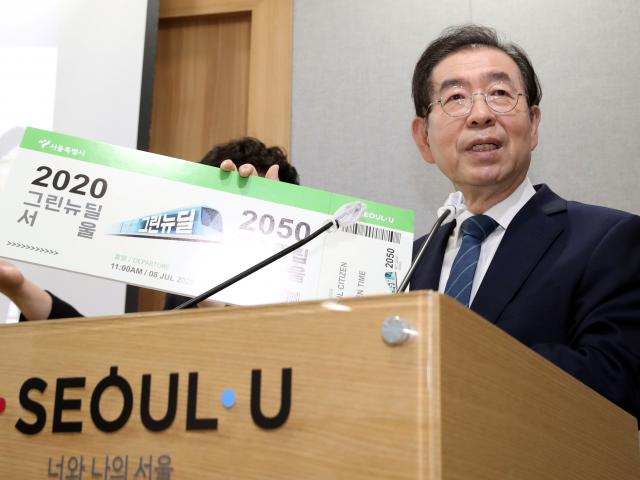 One of South Korea's most prominent elected officials, the longtime mayor of its capital, was found dead, police said, after he was reported missing by his daughter amid a criminal probe of alleged sexual harassment.

The New Zealand men's and women's water polo team were in a South Korea nightclub when an internal balcony collapsed, killing at least one person.

North Korea executed Kim Hyok Chol, its special envoy to the US, and foreign ministry officials who carried out working-level negotiations for the second US-North Korea summit in February holding them responsible for its collapse.

North Korea fired several short-range missiles from its east coast on Saturday, South Korea's military said, the first missile launch since 2017 as it steps up pressure against Washington after a failed nuclear summit.

US President Trump called off a historic summit with North Korean leader Kim Jong Un scheduled for next month, citing Pyongyang's "open hostility," and warned that the US military was ready if any reckless acts happen.

The US Defense Secretary said it was too early to tell whether a diplomatic detente between the two Koreas at the Winter Olympics would lead to results, but the move had not driven a wedge between Washington and Seoul.

North Korea said during rare talks with the South it will send a delegation of high-ranking officials, athletes and a cheering squad to the Pyeongchang Winter Olympics in South Korea next month.

France's Winter Olympics team will not travel to the 2018 Games in South Korea if its security cannot be guaranteed, showing the first major doubts by a participating nation about growing North Korean tensions.

South Korea's 'Asia Business Daily', citing an unidentified source, has reported that North Korea has been spotted moving a rocket that appeared to be an intercontinental ballistic missile (ICBM) towards its west coast.

North Korea carries out public executions on river banks and at school grounds and marketplaces for charges such as stealing copper from factory machines, distributing media from South Korea and prostitution, a report issued said.

North Korea said it successfully test-launched a first intercontinental ballistic missile, (ICBM), which analysts said could put all of the US state of Alaska in range for the first time.

US Vice President Mike Pence will travel to South Korea in what his aides said was a sign of the US commitment to its ally in the face of rising tensions over North Korea's nuclear program.