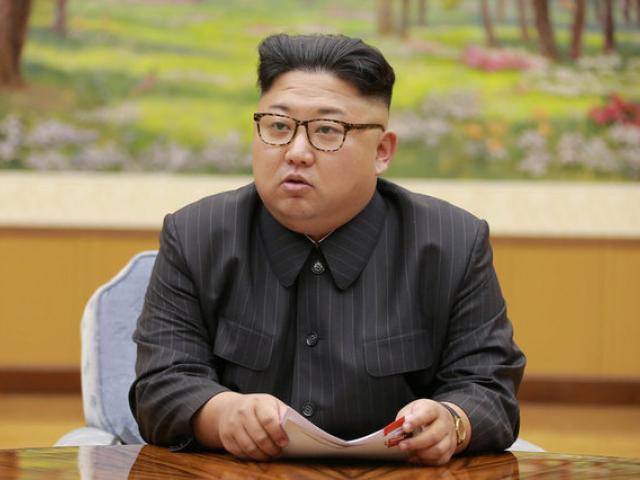 South Korea said on Tuesday (local time) an agreement with the United States to scrap a weight limit on its warheads would help it respond to North Korea's nuclear and missile threat after Pyongyang conducted its sixth and largest nuclear test two days ago.

South Korean officials believe more provocation from the reclusive state is possible, despite international outrage over Sunday's test and calls for more sanctions on North Korea.

South Korea's Asia Business Daily, citing an unidentified source, reported on Tuesday that North Korea had been spotted moving a rocket that appeared to be an intercontinental ballistic missile (ICBM) towards its west coast.

The rocket started moving on Monday and was spotted moving only at night to avoid surveillance, the report said.

South Korea's defence ministry, which warned on Monday that North Korea was ready to launch an ICBM at any time, said they were unable to confirm the contents of the report.

North Korea tested two ICBMs in July that could fly about 10,000km, putting many parts of the US mainland within range and prompting a new round of international sanctions against Pyongyang.

On Monday, US Ambassador to the United Nations Nikki Haley said North Korean leader Kim Jong Un was "begging for war" and urged the 15-member UN Security Council to impose the "strongest possible" sanctions to deter him and shut down his trading partners.

US President Donald Trump held calls with foreign leaders on Monday, including South Korean President Moon Jae-in and German Chancellor Angela Merkel, and the White House declared that "all options to address the North Korean threat are on the table".

South Korea is talking to Washington about deploying aircraft carriers and strategic bombers to the Korean peninsula, and has been ramping up its own defences in the meantime.

Moon and Trump agreed on Monday to scrap a warhead weight limit on South Korea's missiles, South Korea's presidential office said, enabling it to strike North Korea with greater force in the event of a military conflict. The White House said Trump gave "in-principle approval" to the move.

"We believe the unlimited warhead payload will be useful in responding to North Korea's nuclear and missile threats," Defence Ministry spokesman Moon Sang-gyun told a briefing on Tuesday.

Under the current guidelines, last changed in 2012, South Korea can develop missiles up to a range of 800km with a maximum payload of 500kg

"Today's training is being held to prepare for maritime North Korean provocations, inspect our navy's readiness and to reaffirm our will to punish the enemy," an unidentified South Korean naval officer told the same Defence Ministry briefing.