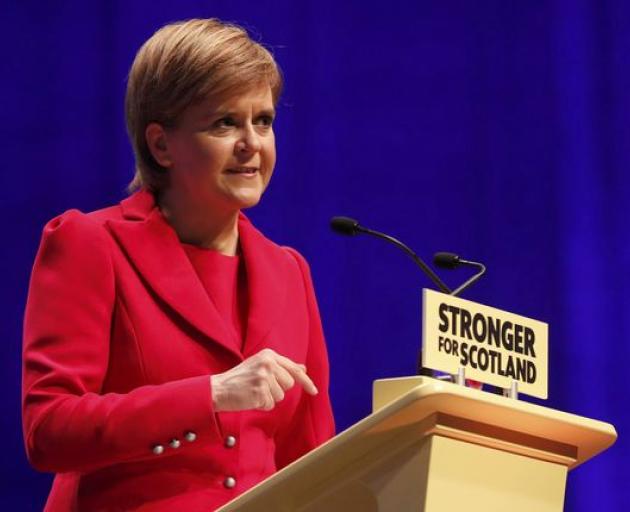 Nicola Sturgeon had been seeking an Scottish independence vote referendum in late 2018 or early 2019 ahead of Britian's EU exit. Photo: Reuters

Scotland's secessionist leader on Tuesday (local time) postponed plans for a second independence referendum until the terms of Britain's exit from the European Union are clear.

First Minister Nicola Sturgeon said she was putting on hold plans to introduce legislation that would have demanded a second referendum.

Sturgeon, whose Scottish National Party wants to break Scotland's 300-year-old union with England, had been seeking a referendum in late 2018 or early 2019, ahead of Britain's EU exit which is due in March 2019.

"We will not seek to introduce the legislation for an independence referendum immediately," Sturgeon told the Scottish parliament. "The Scottish government will reset the plan I set out."

She later told the BBC she believed that meant another secession vote, if it took place, would most likely be before 2021 when the current Scottish legislative term ends.

"I do think that we are talking potentially within this parliament, but I don't want to make that judgment now."

Sturgeon's party lost 21 of its 56 seats in the United Kingdom's parliament at Westminster in the June 8 election. In the days after the election she acknowledged that her insistence on a second independence referendum had lost the SNP votes.

"None of the questions raised by Brexit are answered by ripping Scotland out of our own union of nations," Ruth Davidson, Scottish Conservatives leader, told the Scottish parliament.

In March, the Scottish parliament backed Sturgeon's demand to hold a new referendum, but British Prime Minister Theresa May had refused to enter into discussions on the proposal.

"What I think Nicola Sturgeon should be saying today is that she's going to completely take off the table the question of Indy Ref 2, a second independence referendum in Scotland," May said. "Now is the time for the United Kingdom to be pulling together, not being driven apart."