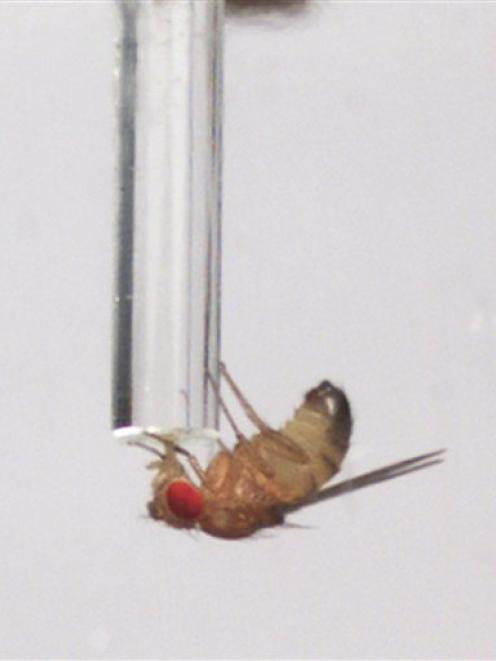 A male fruit fly drinks alcohol-laced food from from a tube. (AP Photo/University of California, San Francisco, G. Ophir)
Guys, when your sweetheart says "No thanks" to sex, do you knock back a few stiff drinks to feel better? Turns out fruit flies do pretty much the same thing.

That's the word from a new study that may explain why both species react that way.

In Friday's issue of the journal Science, researchers propose a biological explanation for why "Not tonight, dear" may lead to "Gimme another beer." If it proves true in people, it may help scientists find new medications to fight alcoholism.

In that case, we can thank thousands of frustrated flies.

One by one, these eager Lotharios were put into a container with a female that had just mated. So she was really, really not interested in doing it again anytime soon. She would run away. She would kick the male. She would stick out her egg-laying organ to hold him at bay.

The male flies went through three hour-long sessions of this every day for four days, enough rejection to discourage them from trying any more.

After that experience, rejected flies were put in vials and given a choice of regular food or alcohol-laced food. They consistently went for the alcohol more than did the male flies that had just mated. In fact, they evidently got plastered.

Some rejected males were moved to a different environment, where groups of guys mingled with receptive females. After the guys had sex, their yen for alcohol declined.

The researchers also paired thousands of other male flies with dead virgin females, so that they didn't experience rejection but didn't have sex either. They still hit the sauce.

The researchers did other work that implicates a substance in the fly brain called NPF. They theorize that pleasurable activities like having sex boost the activity of brain circuits that use NPF, and that feels good. If a fly is denied sex, the system goes into deficit, driving the fly to seek other rewarding activities such as drinking alcohol.

"I think it's a pretty good bet that it will translate to humans," said Ulrike Heberlein of the University of California, San Francisco, who led the research. If so, "one can say we could now understand why a negative experience, such as a sexual rejection, could drive somebody to drink."

Further research into NPF brain circuitry could shed light on the biology of alcohol abuse and possibly point to treatments someday, said Troy Zars of the University of Missouri in Columbia, who didn't participate in the new work.

Fruit flies are a favourite lab animal in part because scientists have exquisite control over their biology. Here, the researchers were able to alter brain function to zero in on NPF's role.

Whatever the relevance to humans, the work already pays off when Heberlein meets people at parties.

"It makes for wonderful conversation," she said. "When you tell them this story, they just really can't believe it." 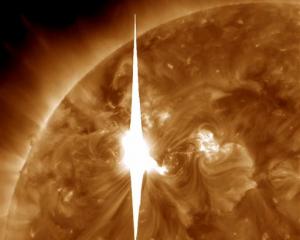 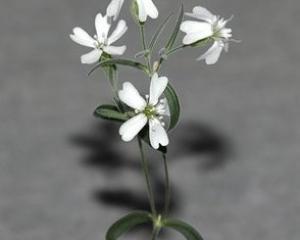 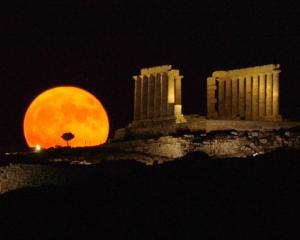 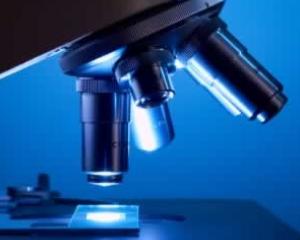 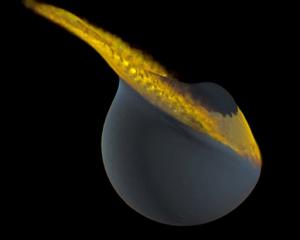 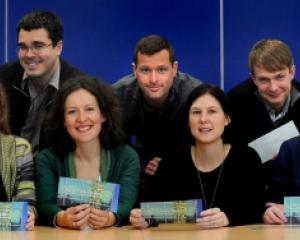 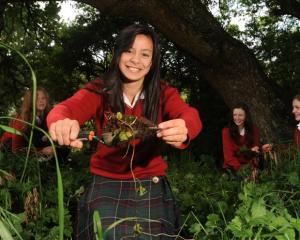