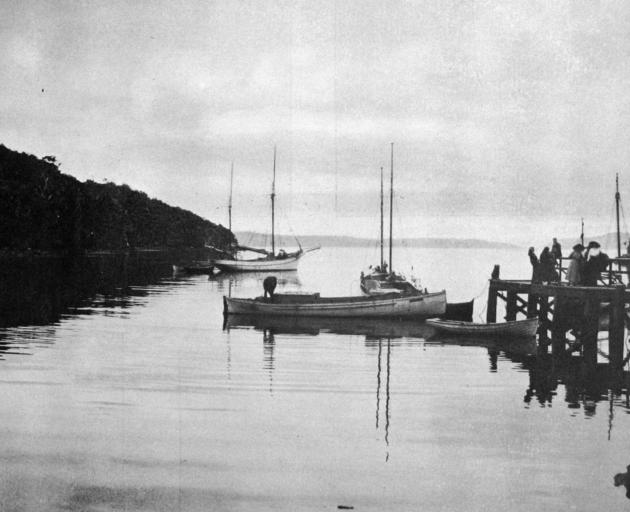 The whale was so still that it was believed at first to be dead, but there soon was a blowing of vapour, a heaving of the back, and a splashing with the tail. After each movement the whale was quite still for ten  or fiftenn minutes, and then the commotion began again. One motor boat went to Halfmoon Bay for lances and gear. The  other stood by to prevent the whale going out to sea.

During the four hours of watching the whale made no effort to get into deeper water, but gradually worked on to the sandy bottom toward the steep stony beach,  backed with high bush. It was not aground when seen first, and several times it moved in a circle, but always headed for the shore. The watchers in the motor boat felt that it was bettor to let well alone.

When the other motor boat returned the whale had stranded itself firmly a few yards from the beach. Mr A.W. Traill sen, of Halfmoon Bay, who has supplied this  account of the incident, writes "Why did the whale go ashore? Some of the suggestions are that whales go close to the shore to die, to calve, and to rub the barnacles off, or when they are stupefied with stirred-up mud and sand, but none of these suggestions meets this case. The whale, 55 feet long, is believed to be a finback. It  was not rich in blubber but the owners will save the skeleton if arrangements can he made to place it in a museum."

Seafarers will be stoked

It is a curious fact that while machinery has been very generally adopted in boiler houses on land, the boiler rooms on board ship are still generally hand operated.  Those who have some knowledge of the stoker’s life below decks will wonder that the demand for machinery in place of human flesh was not heard insistently many  years ago. The oil-firing of boilers, which has been developed for a long time by British engineering firms, effects a vast improvement on conditions, but there remain  many vessels with coal-fed boilers. Where the boiler is of the water-tube type, it is possible to find room for machinery to feed coal into the furnace and to remove  ashes and clinkers. A recent installation put in a vessel of 1200 tons by a British firm proves there are no insuperable obstacles to the application of automatic stoking  on board ship. With this stoker the rolling of the vessel does not introduce any material trouble, but in any event the furnace may in emergency be fired by hand, so  that there is no danger of steam raising being interrupted by any eccentricity on the part of the machine under arduous conditions.

So far as Palestine is concerned, British public opinion has been kept interested by the lively controversy which has been excited over the Zionist experiment. At the  Genoa Conference the Earl of Balfour declared that the fears which had been expressed that a repercussion would be felt in the sphere of religion in Palestine were in no way founded. He urged that no Power had shown itself more equitable than Great Britain with regard to the representatives of the various religious creeds, and  all fear that might be shown regarding the transfer of the guardianship of the holy places from a Mussulman Power to a Christian Power was baseless. 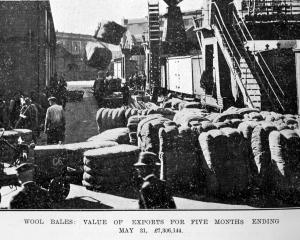