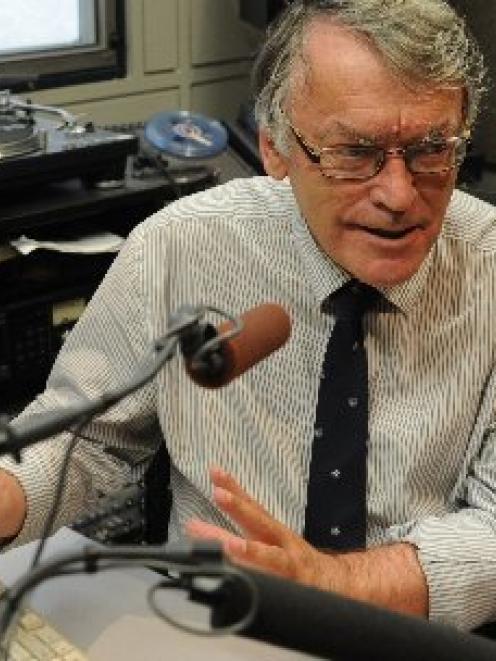 Jim Sullivan
Welcome to this first meeting of the Flag Options Panel (FOP).

As Prime Minister, I'm especially grateful to you, as it takes a great deal of non-vote-winning stuff off my plate. I'll run through how the system will work and then I can leave you to get on with the job, just as I do with those of my cabinet ministers I've not yet had to remove from office.

First things first. Many of you have been on similar panels so you'll know about your expenses and how to make sure they get paid.

I'm afraid there may not be as much overseas travel in this job as in some of the others. Too many flag design fact-finding trips could annoy the public who, of course, have no idea of the great pressure under which you will be working.

But I will make the point publicly that no amount of sketches, photographs or videos can give you the true picture of a national emblem flying proudly from the pole or being waved upside down by drunken rugby league fans.

The advisers have told me perhaps three trips to see flags in Situ could be approved. I'm not sure where Situ is, perhaps one of the new republics popping up around the Ukraine area. No doubt they'll be planning a new flag once they've cleared up the debris. So we can learn something from them.

It seems the flags of Bermuda, Greece and Hawaii are well worth having a look at in their natural habitat. I'm told the Hawaiians retain a barely visible Union Jack on their flag. We could learn from them. Expat Poms are voters too, you know.

I have no intention of trying to influence you, even though my own preference for a black flag with a silver fern was widely publicised. But I should admit that now a rather similar design is being used by these Islam people I'm not quite so keen. As you know, this use of ''our'' colours has prompted me to send troops to sort out that whole messy business. Once they have overcome these annoying Islam people, we can look again at the black flag as our own, perhaps.

When I do submit my design to you it will be under an assumed name, ''Norman Trubshaw-Evans'' for those of you taking notes. Be aware, too, that many people don't like any changes at all. Remember ''Bring Back Buck'' and the time Cadbury's mucked about with its chocolate recipe?This task will bring you into contact with ignorant, fanatical, narrow-minded bigots. And that's just my fellow MPs. Members of the general public will also have their weird ideas but I know you will be able to handle the eccentrics in our community, especially those of you from local body backgrounds. Peter Chin will help you there, I'm sure.

You asked me about the length of the process. There's the call for designs in May. Then a short list for a postal referendum, if New Zealand Post is still delivering. Otherwise, I'm afraid you'll have to deliver the things yourselves. Perhaps your grandchildren could help out to get some pocket money. Refundable from my office, of course.

Then the winning design goes head-to-head with the existing design in a first-past-the-post referendum. All this could take many, many months. Which brings me to the point I wish to make quite clear to you. You will realise nothing of this is to be spoken of outside this room.

The whole new flag business has actually been planned by my Electoral Distraction Group (EDG). The idea is to have the flag-choice issue kept alive long enough to be around when the 2017 electioneering begins. The experts tell me that my government will face strong public condemnation over how we've handled health, education, housing and social welfare matters, among other more important shortcomings. Hard to disagree with them, really. But by bringing up the flag debate at crucial times we can bury public discontent with a flood of irrelevancy with arguments about how many stars there are in the Southern Cross and whether we should use the Inland Revenue black flag with its skull and crossbones.

All great distractions which can be wheeled out when the polls tell us they are needed. But if you can't drag out the flag business into 2017, I will understand. In that case you will be invited to join the review panel which will examine the proposal that we change to driving on the right-hand side of the road. That's the latest suggestion from the tourism people and I think it's a good one, but that's only my opinion and I am only the Prime Minister.

Jim Sullivan is a Dunedin broadcaster and writer.