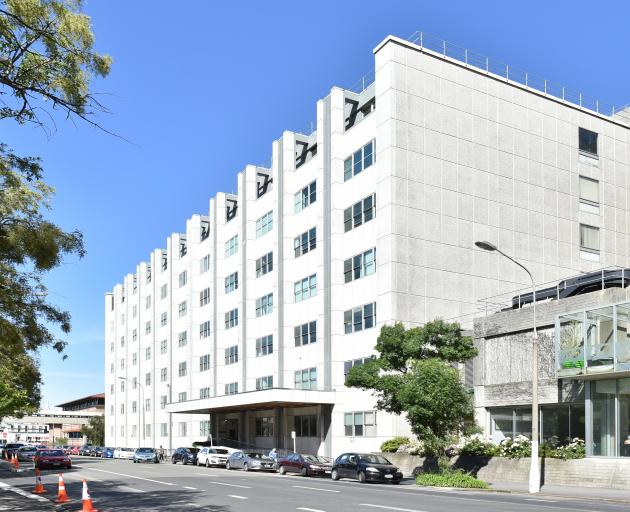 Dunedin Public Hospital. Photo: Gregor Richardson
Ian Powell, executive director of the Association of Salaried Medical Specialists, has led the union since its formation in 1989. He leaves ASMS at the end of the year, and is gravely concerned about the state of district health boards, particularly the Southern DHB.

The Otago Daily Times editorial on the woes of Southern DHB (2.11.19) hit the nail on the head. 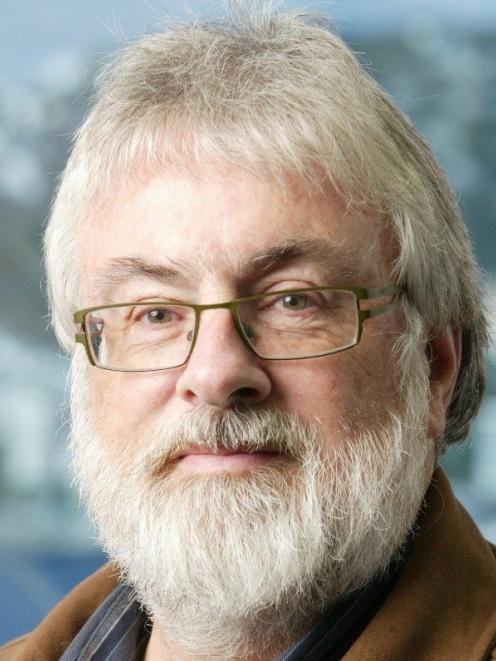 Ian Powell
The debacle over urology at Dunedin Hospital was not an isolated incident.

It is part of a wider crisis that includes the earlier ophthalmology debacle but can be found in many services throughout the whole DHB - not just Dunedin Hospital - to one extent or another.

The crisis stems from the deadly, vice-like combination of sustained workforce under-investment and the lack of a comprehensive engagement culture from the SDHB’s leadership.

I am a regular visitor to all DHBs, including meeting senior managers and specialists.

As my more than 30 years in this role comes to an end, I’ve never seen such despair, frustration, exhaustion and vulnerability among our senior medical workforce.

It is at boiling point; much of this is due to the cumulative effect of a sustained failure of political leadership over many years.

Meanwhile, DHBs have an estimated 24% level of specialist shortages, of which only around one-third are officially recognised by health bosses as vacancies and advertised.

Further, due to uncompetitive terms and conditions of employment, many of these positions are unable to be filled in a timely manner - if at all.

In this sense the Southern DHB is not alone, but the temperature of the boiling pot of SDHB is higher than any of the other 19 DHBs.

In August I was at two well attended, half-day engagement workshops in Dunedin and Invercargill jointly organised by ASMS and the SDHB.

The Dunedin meeting was characterised by high levels of angst and frustration with the lack of responsiveness and leadership in addressing severe pressures on services, including due to specialist shortages.

The mood of specialists could reasonably be described as disciplined anger.

The Invercargill meeting was similar, except that the specialist mood was more disciplined, ropable anger.

The Health & Disability Commissioners (HDC) report into urology at Dunedin Hospital is a good starting point.

It was obvious for years to those in the urology services as well as the wider senior medical staff at Dunedin Hospital that urology staffing levels were seriously deficient.

Tragically the steadfast refusal by senior management to be prepared to properly staff urology was deplorable.

Instead of responding through engagement, management’s response was disengagement.

The HDC notes that Mr F, a service manager, stated that specialists were very co-operative and extra work was undertaken in 2015 and 2016 in an effort to help rectify the situation.

But this willingness of specialists to work extra was eventually undermined by disillusionment over the failure of the SDHB to face up to its responsibilities and address the crisis.

Urologists and other urology staff were left trapped between a rock and a hard place.

Senior management demanded the urology service balance the provision of care with the increasing demand without any extra funding or staff.

It was the urologists, or the booking clerks, who had to explain the inability to treat to desperate people in need.

Allowing this situation to occur was an abdication of leadership responsibility by the SDHB.

It is not correct, as the HDC report implies, that specialists and senior management are equal.

If they were equal in urology, then extra resourcing would have been found.

It is an unequal relationship, because the urologists were blocked by a leadership culture that ignored their advocacy for patients.

Specialists have to put up with the smear of being called self-interested.

The HDC report states that recruitment of an extra, third, specialist commenced in late 2017, years too late, but the appointment was not made until 18 months later.

Unfortunately, the SDHB is not prepared to remunerate at a level necessary to compete in a highly competitive medical labour market. It chooses not to.

Despite the 2017 recommendation that the urologist numbers be properly job-sized (i.e. jointly agree with management on the number of urologists and their average hours of work needed in order to provide a safe accessible service) in accordance with the national collective agreement that they are employed under, this has still not been implemented.

The assessment of specialists is that senior management is afraid of what a genuine job-sizing will reveal.

It is worth noting that specialists in other services are frustrated by similar obstruction by senior management to the extent that it is getting to a boiling point.

The problem in the SDHB is not with service managers: they share the heartbreak of specialists.

They work hard, are conscientious and do their best, but they are powerless because of the obstructive, stifling leadership culture above them.

Demoralisation leads to a sense of impotence and a number leave.

They are also losses the SDHB does not need.

The answer to the urology services crisis, and to that of other services, is to listen to the advice of the clinical coalface experts and increase staffing to a level that is safe for both patients and staff.

This was in the hands of the SDHB to address years ago.

If they had done, an HDC investigation would not have been necessary in the first place.

Southern DHB needs a leadership culture that makes sure tragedies such as in urology stop happening.

The current senior management team has largely inherited this mess.

They are good people wanting to do the right thing: they have got rid of some managerial toxicity, and at times the chief executive has rolled up his sleeves and pitched in the help address a specific crisis in a service that can longer be ignored.

But, despite protestations to the contrary, the leadership culture is too reactive seeing things through a narrow lens and failing to sufficiently comprehend what engagement with specialists means and the benefits of good engagement.

This is the main immediate challenge that the new board must address, and quickly.

Thank you for a well researched article with an insiders view of the continuing health problems of the SDHB. I guess there will always be more demand for services than can be met due to rising populations and new medical procedures coming on stream but it would be reassuring if these challenges were being met by a united workforce. It's good to hear that the CEO is more engaged than the previous management, mind you, as that team was led by Carole Heatley it would be surprising if it were worse.