Disruptive innovation the name of the game 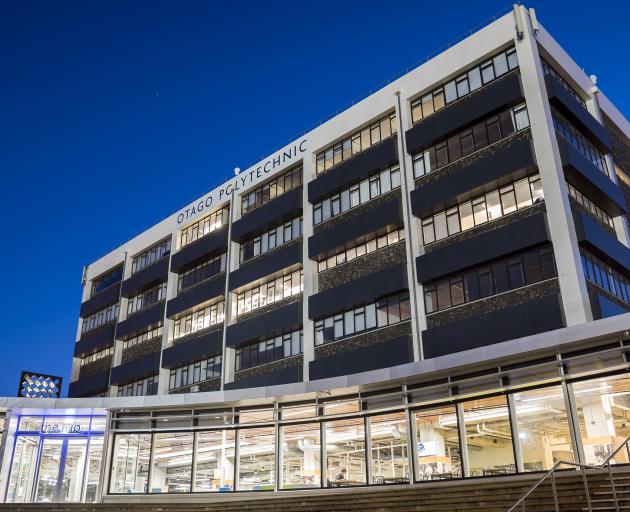 To paraphrase a Danish proverb, ''the future is difficult to predict''. But one thing is certain, and that is change. And change is certain in the world of work. The combined effects of megatrends such as globalisation, digitisation and climate change, among others, mean a very different world from the one our traditional qualifications were created for.

In their years in opposition, the current Labour Government embarked on a major project to understand the ''Future of Work''. The Future of Work Commission found a move from ''jobs'' to ''work''.

Secondly, there is the futility of trying to be deterministic about future jobs: ''Predicting whether a particular industry or job will exist or what will replace it is fruitless. What we must do is map a path that gives New Zealanders the confidence to face and lead the change.''

The job for life will be gone, the roles themselves increasingly replaced by automation. These things we are already experiencing. And with new challenges, can the disciplines of the 19th century be expected to fix 21st-century problems? Will those disciplines even exist?

The implications for education are profound. Clearly, old-style education in old-style disciplines is past its use-by date. In regard to the Government's proposed reform of vocational education, the question should be less about head offices and more to do with headspace. In short, what we need to do to prepare New Zealanders to lead the changes described by Labour's Future of Work.

The previous National government also asked questions of education but from a different perspective - that of a focus on productivity.

The Productivity Commission report New Models of Tertiary Education (2017) begins with the observation that the tertiary system has ''considerable inertia, with tertiary providers reluctant to be first movers or early adopters in shifting away from traditional models''.

The report laments the inertia that results in the ''delivery of more traditional education'' that is not keeping pace with societal demands of tertiary education.

Is it likely that a single-institution approach can break free of this inertia?

The Productivity Commission report repeats the observations made above about the difficulty of predicting change: ''Change is inevitable, but predicting how future trends will influence tertiary education is hard.'' It argues for ''providers to pursue different strategies, differentiate themselves, and adopt a wider range of new models''.

The Productivity Commission describes the need for new models, for disruptive innovation, and has now been tasked by Finance Minister Grant Robertson to work on the Future of Work, essentially merging these two work streams.

So, from both sides of the political divide, hard questions are being asked of education.

Some of the questions are old: how do we contribute to a stronger civic society, transform lives and develop a skilled workforce that can contribute to productivity and wellbeing?

But we need to overlay those with newer global challenges and opportunities, including thinking of students as co-producers and the close integration of work and learning. We also have a new generation of learners who want to make an impact, and they want it now.

Einstein said: ''We cannot solve our problems with the same thinking we used when we created them.''

In our case, we are not going to provide answers to these questions through tinkering with existing curriculum, nor even new courses based on old models. We need new models; we need disruptive innovation in education. To achieve that, we need a system that supports and encourages such disruptive innovation.

Danish futurist Liselotte Lyngsb, of Future Navigator, describes a ''game-changer model'' with new rules, and says that ''the rules of the game have already changed''. The old rules ''focus on more - growth, speed, profit, processes and the fear of systematic breakdowns''. The new rules ''are about better, about value creation, people, positive impact and the need to break the rules''.

To have game-changing education, we have to change the education game.

Otago Polytechnic is an environment that supports and encourages game-changers. In 2006 we adopted as a strategy ''that every graduate may think and act as a sustainable practitioner''.

It is still there - now in the form of our vision: ''Our people make a better world. Kia tu ki te tahi.'' This is not a trivial piece of branding. It matters deeply to us. And it is driving game-changing education.

In the past few years I have worked with Otago Polytechnic's Capable NZ. Our Independent Learning Pathway provides new learning for experienced practitioners and is changing lives.

We also developed the bachelor of leadership for change. This degree is like no other. Anywhere. It is entirely tailored for individual learners working in collaboration with their communities. The assessments are real and authentic, making a difference. The learners are the most amazing change-makers I have ever met. They are preparing for careers that make a real impact, and are well placed to take advantage of future opportunities in an ever-changing work environment.

So what conditions enabled Otago Polytechnic to be disruptive in our development of new forms of education?

It is worth noting what hasn't worked.

Centralised curriculum development has not been a game-changer. The previous government embarked on a nationwide rationalisation of certificates and diplomas. The Targeted Review of Qualifications (TRoQ) was an attempt to make education more useful for business by standardising qualifications nationally.

I was on the governance council for the computing qualifications and it was a disaster. The rigid rules imposed by a centralised development process have led to qualifications that are not fit for purpose. It became no longer possible to have a local flavour, and consistency requirements prevent experimentation in curriculum or delivery. It is no longer possible to develop new sub-degree qualifications that fit in the spaces between traditional subject areas (such as between IT and business, or IT and design).

The outcomes of centralised curriculum development across most subject areas have been poor and the ramifications will take years to unpick.

So why am I telling you about TRoQ? Because it is the most recent attempt to centralise curriculum development. It has had the opposite effect of the responsiveness and innovation we need.

For us to deliver on the game-changing education that the Future of Work demands, we need a system that allows local specialisation, not just of curriculum but of our values and approach to education.

I am deeply concerned that in the rush to solve the under-funding problem in the polytechnic sector by massive structural change and centralisation, we have seen no attention to setting the conditions for innovation and game-changing education to emerge. I worry that we will instead get the opposite. Would the bachelor of leadership for change, or even the disruptive innovation of Capable NZ itself, have emerged under a centralised system? I doubt it.

There is an alternative - Otago Polytechnic has demonstrated that it is providing game-changing education. Our qualifications are available for others to use through creative commons. Of course, Otago Polytechnic doesn't have an exclusive licence for educational innovation. Other institutions will do different things.

And that is the point.

We can change the game of education, but not if we are sent to reform jail without passing go.