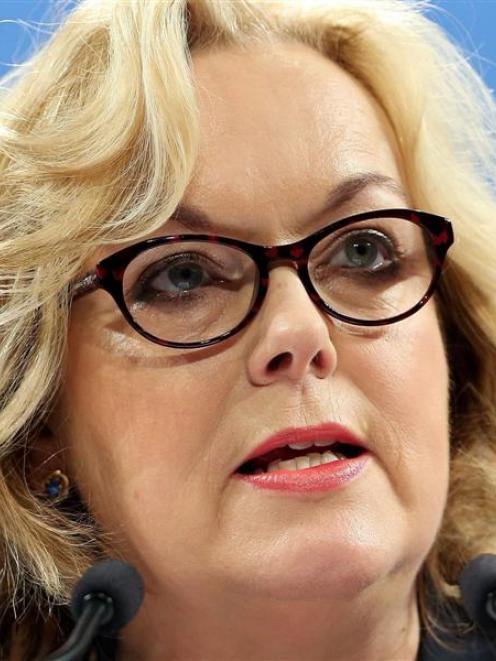 How a Minister of Justice, entrusted with upholding the highest standards in the land, can lower her own personal standards to feed confidential personal information about a civil servant to a right-wing blogger - knowing full-well the consequences of her actions - is beyond most right-minded people.

Mr Key should sack Ms Collins now, but will not take that action.

The reason he will not sack her is, of course, because the election is a month away and to remove the Justice Minister now will give further oxygen to an issue he has already handled badly.

Ms Collins seems to think the rules of decency do not apply to her; and now some in her electorate seem to feel the same.

Voters are starting to question whether her behaviour is how they want people to act when elected to Parliament.

Mr Key put Ms Collins on a final warning back during the Oravida incident, when the minister was economical with her versions of what happened during a visit to China.

It turned out, Ms Collins went beyond her brief for the visit to provide ministerial support to a company which employs her husband.

The excuse Mr Key now uses for not sacking Ms Collins, following the revelations of what many see as unacceptable behaviour, is the incident happened five years ago and his final warning cannot be retrospectively applied.

It is, to say the least, an eyebrow-raising justification for not taking action.

Dirty Politics-gate has dominated national political coverage since the book's launch, with claim and counterclaim being made.

But assertions of other parties behaving badly are just that.

The only evidence this issue can be judged on is what is front and centre, and currently that is the material in Nicky Hager's book.

At first, Mr Key dismissed the claims as a left-wing conspiracy.

Even before the book was released, Mr Key was besmirching the reputation of Mr Hager.

And while Mr Hager may be seen as to the left of New Zealand's political spectrum, that does not negate the evidence he has produced in this book.

It should also be noted that in the lead-up to the 2002 election he published material critical of the then Helen Clark-led Labour-Alliance government.

Right-wing blogger Cameron Slater, someone Ms Collins regards as a friend, claims to be a political player. He is not. He is a blogger.

Is this what the country's democracy has become? Personal attacks, led by a minister and fed through blogger conduits (which operate without the standards applied to traditional journalism)?

Mr Key is undoubtedly under pressure. His campaign is being derailed, and he - at least to date - has not handled it well.

However, he welcomed the inquiry into allegations the SIS released official information to blogger Cameron Slater for political purposes. The prime minister has - not unexpectedly - adopted a presidential-style campaign where each day is dominated by photo opportunities and one media stand-up.

To his dismay, the stand-ups are dominated by questions concerning Dirty Politics.

National has tried to avoid answering these questions in any depth, and then wonders why coverage of election spending promises or policy gets pushed into the background.

Deputy Prime Minister Bill English was the first National MP to distance himself from Ms Collins.

At his pre-election fiscal update, Mr English said he would not have adopted such tactics and had not sought revenge for the publication of his housing allowance overpayment by the civil servant. It was an issue and he dealt with it.

Mr English assured media that seeking utu was also not the style of Mr Key.

The role of Mr Key's former senior communications adviser, Jason Ede, is pivotal to the debate.

There needs to be clarification of how Mr Ede operated within the bounds of the National Party without the prime minister being aware of his actions.

The situation implies Mr Key was kept out of the loop, which is unforgivable given the standards Mr Key set himself and his caucus on being elected in 2008.

A cleansing process must be implemented. If Mr Key returns as prime minister after September 20, he must not appoint Ms Collins to any Cabinet post.

The cost of a by-election would be a small price to pay for her departure.