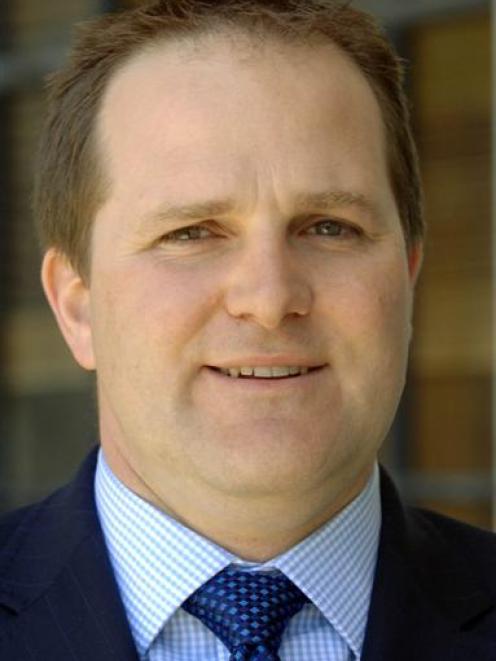 Simon Power
No-one saw it coming and the aftershocks may reverberate for some time. And that is just the upheaval in the wake of rising National Party star Simon Power's abrupt decision to stand down at the next election.

As if the shattering earthquake of almost two weeks ago, with its attendant tragedy and devastation, did not pose the Government enough problems, the landscape stretching out before the electorate en route to its date with the polling booth on November 26 suddenly looks susceptible to political liquefaction.

The view from the ninth floor of the Beehive cannot be an enviable one, suffused as it is with the immense and immediate practical challenges the Christchurch calamity poses, but also - in the longer term - with various potential pitfalls and electoral dangers.

For now, facing unprecedented fiscal hurdles presented by the earthquake, the Government must put aside its much-touted roadmap to recovery and simply get on with the business of rebuilding roads and the rest of the infrastructure that must be repaired before any form of sustained economic life, let alone growth, can resume.

The cost of the reconstruction in Christchurch has been variously estimated at between $16 billion and $20 billion. Then there is the suggested $15 billion hit to gross domestic product likely to be sustained in the time it takes to rebuild the heart of the South Island economy - with its concomitant $5 billion lost tax take. These would be extraordinary imposts for a buoyant economy, let alone one struggling to rise above the second trough of a double-dip recession.

This predicament cannot, of course, be laid at the Government's door. Natural disasters and other acts of God simply come along every so often; it just so happens that this is particularly significant arriving in an already demanding election year. It will need to be managed in the most skilful manner.

How the Government musters its forces and deploys its crisis management over the coming months will largely determine the mood of the nation going into the November poll.

In this there are dangers aplenty. With the passing of the months, sadly but inevitably the heightened compassion quotient for Christchurch and its people will decline.

As the Government redirects monies from social programmes - such as the already mooted Working for Families or interest-free student loans - or diverts it from other long-planned regional infrastructure projects, there will be noses out of joint.

In Christchurch itself, there will come a time when many - seemingly swimming against an unending tide of frustration, delay, discomfort and, in some cases, penury - will begin to start pointing fingers.

Many of these will align in the Government's direction - simply because it is the Government. It is in charge; it holds the purse strings; it dictates the pace of things.

Thus, from the outset, it must manage the curse of expectation: while it is politic in the short term to tread softly on grief, there will come a moment when the Government has to be realistic and firm in its messages to the people of Christchurch, indeed to the entire country, of what is possible and how soon it can be achieved. It is an unenviable balancing act.

For its part Labour, too, has a delicate time ahead. Convention dictates unanimity of will and purpose during national emergencies, and petty political points-scoring, or indeed any move that might be construed as taking political advantage of the disaster, may be punished at the ballot box.

Its challenge is to remain focused and constructive, yet to differentiate itself from the National-led Government - no easy task under the circumstances.

Other recent disturbances across the political continuum will impact on post-earthquake politics: the expulsion of Hone Harawira from the Maori Party significantly weakens the hand of an important National ally; the establishment of another party of the Right, Reform New Zealand, arguably undermines another - Act New Zealand.

The recent resignation of Cabinet minister Wayne Mapp is a minor blow - a capable pair of hands, but by no means irreplaceable; but the astonishing loss of Mr Power, number four in the National line-up and one of the most energetic and visible Cabinet ministers, is another matter altogether.

His departure in November weakens the Government as it looks forward and beyond the election into a once-assured second term. It is one political aftershock Prime Minister John Key could certainly have done without.