Fashion move is a winner 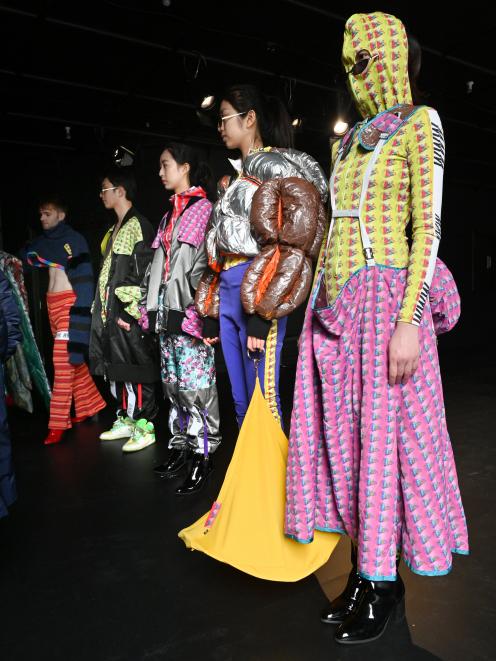 The Otago Daily Times reported last week the event's future was shaping as a midwinter emerging designers show and a summer event for established designers.

In what should be another popular decision in Dunedin, the latter is planning a return to the Dunedin Railway Station, which has been a popular venue in the past.

The thinking behind the move is to use the emerging designers event to attract people to the city in the tourism off-season.

Having the runway show at the railway station in February should provide a warmer event, autumn temperatures having made the venue a little challenging at times in the past.

Surviving winter, particularly in Dunedin which lacks such attractions as skifields, is always an issue for the city's tourism and accommodation sector as arrivals slow to a crawl.

The problem of off-season tourism has been recognised nationally.

In 2015, Tourism New Zealand shifted the majority of its marketing effort into attracting visitors during the months of October, November, March and April.

The idea was to extend the traditional summer tourism period past the three months of that season.

The Where the Wild Things Are campaign promoted events such as the Wild Dunedin Festival, the Midwinter Carnival, the International Science Festival and Puaka Matariki, and the now cancelled Dunedin Cadbury Chocolate Carnival and Jaffa Race.

Its key aim was to promote Dunedin to the Australian and domestic visitor market as a destination during winter.

The iD decision will add a midwinter event with an international reach, that by its very nature attracts participants from around the world who travel to Dunedin to participate.

On top of that is the media contingent that travels here for the show, and domestic participants and audience members from around New Zealand.

The proposed return of the established designers show to the railway station in February 2021 is also a good move.

It followed stakeholder feedback to iD organisers that audiences, designers and sponsors loved the railway station as a venue.

No member of the audience is more than a few metres from the runway at the railway station, something that could not be said of the merged show at the Regent Theatre this year, where for many, the fashions were further away.

The change will also help some who struggle to afford tickets to both events in the same week.

The iD shows are an essential part of helping make Dunedin New Zealand's coolest city, and with the changes that have been planned, that will only continue into the future.

And the news last week from iD Dunedin Fashion Week committee co-chairwoman Sally Peart that the organisation was in ``a really good space'' financially should only help.