History and the H bomb 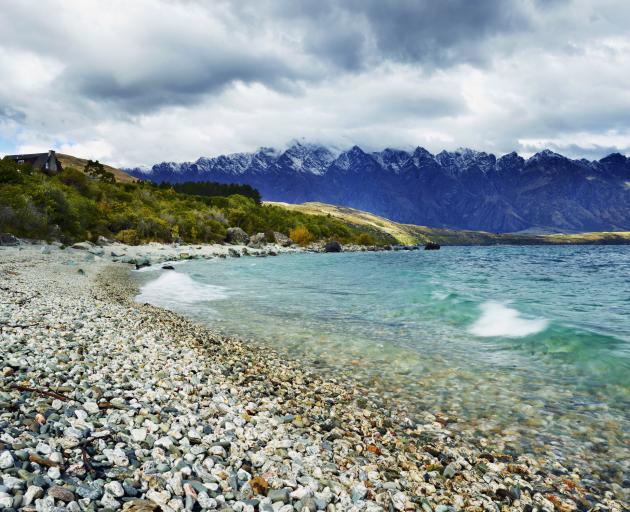 Lake Wakatipu. Photo: Getty Images
It is all in the name. The curriculum area teaching children about New Zealand’s past, to be introduced next year, will be called histories rather than history, highlighting the fact history is not a singular version of what happened.

As the New Zealand History Teachers Association says, it and historians would view any mandated ‘‘national story’’ with horror, preferring the presentation of multiple views, along with teaching the skills of how to analyse and evaluate them. The association has also been clear that blame in the present for past events is not productive.

Many will see this move for New Zealand history to be taught in all schools and kura as long overdue, when for decades pupils have learned more about what shaped other countries than what happened here.

Last week, education minister Chris Hipkins released the draft curriculum content for Aotearoa New Zealand’s Histories for public consultation. The subject will be compulsory for pupils in school levels 1 to 10.

In his announcement, he pointed out different parts of the country will have different histories to explore.

For instance, in Otago, pupils may delve deeper into the region’s Maori and Chinese heritage and how it has helped shape the area into what it is today, while in Northland Maori histories and early Croatian stories would be relevant.

Already, there has been criticism from National’s education spokesman Paul Goldsmith who has described the first draft as lacking in balance and needing revision. He considers identity and identity politics are too prevalent and there needs to be a greater emphasis on our economic history and how our democracy developed.

Regardless of whether changes result from the public consultation, which runs until the end of May, we should not lose sight of the value of teaching young people to consider events from a variety of standpoints and then critically evaluate them.

We hope there will be enough time to ensure all teachers are confident about their ability to deliver this new curriculum material.

Whakatipu is regarded as the undisputed Maori spelling and, as well as being the correct name for the lake, also appears in the names for other landmarks such as the Dart River (Te Awa Whakatipu), Hollyford River and valley (Whakatipu Katuka) and Harris Saddle (Tarahaka Whakatipu).

The question came to the fore when the new Whakatipu Wildlife Trust was launched in 2017.

The Department of Conservation named its Queenstown visitor centre Whakatipu-wai-Maori and the new BNZ branch in Frankton which opened last year also bears the Whakatipu name.

Predictably, the idea of the h addition was criticised by Otago regional councillor Michael Laws who might still have been smarting from his ultimately unsuccessful battle against putting the h in Wanganui when he was mayor there.

We would like to hope everyone has learned from the Whanganui saga and that moving to Whakatipu could be achieved without acrimony and years of pointless bickering.

There will be views on either side of the argument but, much like the teaching of New Zealand histories, this change seems sensible and ultimately inevitable.

On the correct spelling of Maori place names: I endorse your call for these changes to progress without bitterness and acrimony. However, I don't like our chances.
There is a small but vocal group within the NZ community, and it seems especially prevalent in provincial cities and towns, that can't seem to let go the long held traditional names, even when the change is a simple spelling correction.
Look at the furore that is still going on over the Egmont/Taranaki mountain. Whanganui is still an issue locally and I suspect Whakatipu will be the same.
I heartily endorse the change and hope more, especially European names are changed to the traditional Maori names.

Yeah, ok I'll bite. There is no misspelt words in Maori because they didn't have a written language. There is re-interpretation of how some believe various phrases or words should be spelt, but that doesn't make the original spelling wrong, just how it is interpreted.

Sorry, but my real beef with all these name changes is the cost to taxpayers, ratepayers and businesses. Tens of millions will be spent on signs, council documents, map etc. And all for something that will make no difference to peoples lives.

You could apply the same argument to the English language. At one time English didn't have a written language and even when it did there was extremely wide variation in spelling of words right up until the OED was finally accepted as the unofficial arbiter of English.
Of course, I'm sure you will throw up that old chestnut "but that is completely different", as a defence but I'd say you're wrong.
Irrespective, if the local Iwi say the existing spelling is wrong then I'm happy to accept that. As to the cost, sell I'm glad you're not my accountant as your clearly be overcharging me, $10 million plus, please! As to making no difference, well you make the mistake of projecting your opinion on to everyone else, it will make difference to many, including me.

Pronunciation changes over time and varies between regions. You only have to listen to the different dialects from within a geographically small country like England. It's hard to believe there was no variation in NZ especially given the poor travel conditions. This isn't about correct spelling/pronunciation it's purely political posturing.

Getting back to the main part of the article. Surely NZ history also needs to be viewed in a world context, it has not happened in isolation, ever. It is also important not to judge the social mores of previous times from today's perspective, that is just plain stupid.