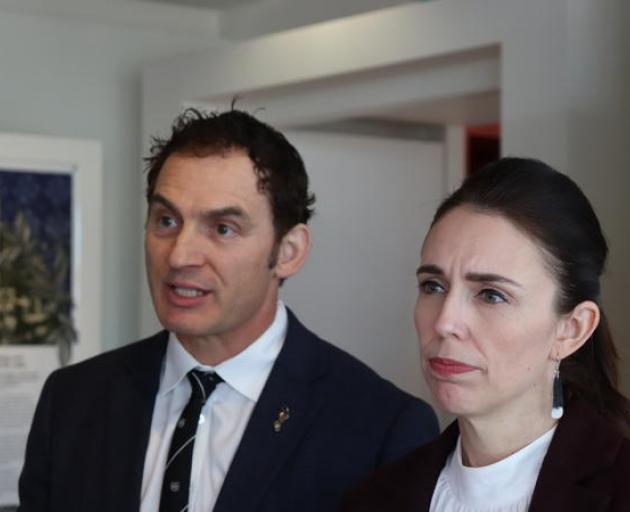 As he said, when the balance is right, immigration enhances communities, builds economic growth and develops people’s skills.

Whether the reset will succeed in that balancing act or result in more wobbliness is difficult to tell because as yet there is not enough detail around what may be proposed.

So far, the vagueness of much of the announcement of the reset by Mr Nash, on behalf of immigration minister Kris Faafoi, seems to have caused more confusion than elucidation.

Mr Nash said when the borders fully open "we can’t afford to simply turn on the tap to the previous immigration settings. That path is a continuation of pressures on our infrastructure, like transport, accommodation, and downward pressure on wages".

But then Prime Minister Jacinda Ardern had to step in to give an assurance New Zealand would not be "turning off the tap" for low-skilled migrants.

She said it was important to look at population growth and consider whether it was serving both migrants and New Zealanders and whether the country was giving migrants "the best offering possible".

Also, was the number of temporary workers from overseas the best for wages and New Zealand’s economy, she asked.

Mr Nash observed that since the borders closed there had been a lift in wages in the horticultural sector to bring in local workers.

More information is expected soon on the review of the skilled migrant category of worker, but Mr Nash said there are no plans at this stage to change specific purpose, short-term business or visitor visas, working holiday schemes or non-partnership family and humanitarian categories.

More work has been signalled around stopping migrant exploitation, something successive governments have been slow to address.

Labour’s push to get more New Zealanders into jobs which might have been filled by immigrants makes sense in the Covid-19 pandemic, the end of which is not yet in sight. However, it is inevitable there will be gaps to be filled in many areas as training ramps up and Mr Nash confirmed there would ‘‘still be the need for migrant workers where there are no Kiwis to fill jobs’’.

Those frustrated by their dealings with immigration services will be impatient to see Mr Nash’s promises to improve the system to ensure a better experience with less confusion come to fruition.

There must be proper oversight of such a strategy to ensure it does not merely result in rich people buying mansions here which they visit from time to time without contributing anything meaningful to the economy.

Clarity around the Government’s plans for immigration is likely to be more than a year away.

This month it announced it has asked the Productivity Commission to inquire into what working-age immigration settings would work best for New Zealand’s long-term economic growth and the wellbeing of New Zealanders.

Its scope will include looking at the impact of immigration on the labour market, housing and associated infrastructure and the natural environment.

Out of scope for this review includes policies for refugees and asylum seekers and immigration policy decisions undertaken specifically for the Covid-19 pandemic.

The commission is due to report back next April with recommendations and it is taking submissions now.

We hope all those who have concerns about the many complex issues involved will make the most of the opportunity to have their input.

Let's be honest, what kiwis want is to bring in foreigners to do jobs us "kiwis" are too good to do. The government will pay kiwis to sit on their arse and do nothing rather than force them to go out and pick fruit and vegetables. Face it, we are the snobs we accuse all those other nations of being. We aren't allowing highly skilled immigrants to come for high paid jobs. No, nepotism ensures those jobs are filled by kiwis. We want the poor and huddled masses to come and do the crap jobs we won't do to keep prices down. What a bunch of hypocrites we are! I'm so ashamed to call myself a kiwi.

Well said! Totally agree with everything you said. Kiwis think they are too good to do many of the jobs that immigrants are being brought in to do. I want cheap food and other goods but not at the expense of the dignity and wellbeing of the immigrants being brought in. Pay them a fair wage and give them the same work and living conditions as Kiwis. Otherwise, for Kiwis to do the work!

We aren't too good for the jobs , we just expect decent wages and conditions so that we can support ourselves and our families . We exepct wages that will. Allow to live with dignity. When employers offer wages that require top ups from WINZ and/or IRD and food banks etc them those businesses are existing and profiting off their workers misery and are little better than slavers or feudal lord's of old.

Well said! Totally agree with everything you said. Kiwis are not too good to do many of the jobs that immigrants are being brought in to do. I want cheap food and other goods but not at the expense of the dignity and wellbeing of the Kiwis who do these jobs. Pay them a fair wage and give them the work and they will do it gladly.

I feel sorry for Labour, they are in a bind. They need immigration to stuff the ballot boxes. National need immigrants to keep the fake growth model going and provide slave labour to their donor corporations. It’s a lose-win for the public (political class), but lose lose for the people. How about we keep immigration down until the housing hyperinflation calms down?

Actually it has been shown in the past that immigrants tend to 'stuff' nationals boxes , not labours'