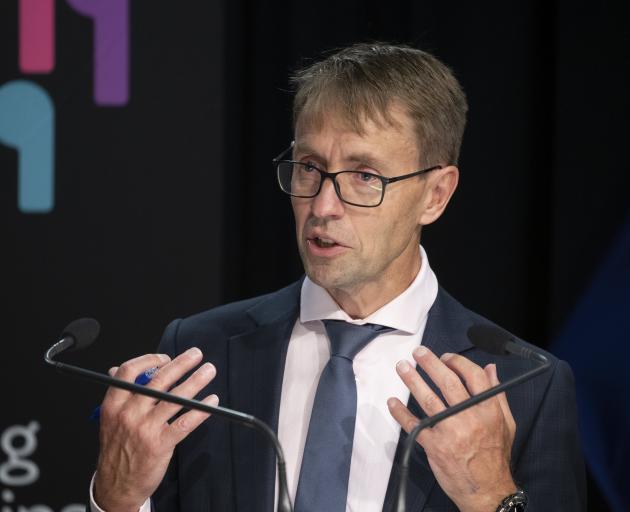 Director-general of health Dr Ashley Bloomfield during the Covid-19 response update at Parliament, Wellington. 06 April, 2022. PHOTO: NZ HERALD
It is difficult not to be cynical about the tinkering Labour is proposing to electoral law, particularly as it relates to funding.

The temptation to be self-serving in all areas of electoral law reform is always likely to overwhelm parties already in power, which begs the question of why some way has not been found of keeping them at arm’s length.

Such a move, however, would require enough maturity for the parties to agree to something like a royal commission and then commit to implementing what it recommended.

An independent panel was set up last year to review electoral law, including funding, the voting age, the length of the parliamentary term and the party vote threshold, but we doubt there will be an open-minded approach by all parliamentarians to anything it eventually suggests. National is already criticising the panel’s make-up.

Last week, ironically at the same time charges are before the High Court, brought by the Serious Fraud Office (SFO) and alleging electoral fraud involving donations to both Labour and National, Parliament was considering proposed legislation which would lower the threshold at which donors must be identified.

Under the current law, donors who give $15,000 and above must be identified. Under the Electoral Amendment Bill this would be dropped to $5000.

The fraud charges before the court, which are being defended, involve allegations of amount splitting to conceal the identity of donors.

National and Act’s bleatings about the possible impact of the amended law are unconvincing, including fears fewer people would give because of the loss of privacy when their donations would not be enough to cause concern they were buying influence. They somehow find it hard to understand the importance of transparency, regardless of the size of the sums involved.

However, it is not clear if reducing the amount to $5000 will prevent anybody from trying to get around the disclosure rules in future.

What is a more pressing issue to address, in terms of transparency and public trust in the system, is the loophole exposed in the recent court case involving the New Zealand First Foundation, where the court ruled money that went to the foundation, used for some party expenses, did not qualify as party donations under the Electoral Act.

We do not know yet if the SFO will appeal that High Court decision, but regardless, fudginess around such practice needs to be dealt with before the next election. Just because such behaviour may be seen as legal does not make it right.

Director-general of health Dr Ashley Bloomfield signed off at the weekend for a well-earned break, a year before his contract ran out.

In our first editorial on him in March 2020 we observed that if you saw him in a crowded room, you would be unlikely to pick him out as a leader in a crisis. But lead he did. He was not perfect, nor was the ministry he headed, but he helped the country negotiate the tough times of the pandemic in a steady, patient, unruffled and tireless way, without seeming to let the fact he had become a sort of cult figure — perhaps that had much to do with the boredom of lockdown — go to his head. (Usually, public servants who become household names have erred in some way).

After such an intense period in this complex role, we are not surprised he did not have the energy or inclination to deal with the teething troubles of the newly reformed health system. However, we will be surprised if he does not pop up in a top public health job somewhere, maybe in his specialty area, non-communicable disease prevention and control. We wish him well.