Demonstrators often make their points by causing disruption. That is a way to win attention. Fair enough - usually.

But one example last weekend illustrates the dangers when the cause can be more important than people when adults and children going about their activities are upset.

Another protest also had the potential to alienate the public, although the rights and wrongs of what occurred are different.

The egregious example was in Auckland when about 2000 people first gathered in the Auckland Domain in one of their regular anti-Government and anti-Covid policy rallies.

Their presence forced at least one boys’ cricket match to be abandoned, the first hard-ball game for the children after more than 100 days of lockdown. Although small numbers of boys’ families were directly affected, many others would have been appalled on their behalf.

One parent noted how ironic it was the protesters were supporting greater freedoms when what they were destroying the children’s freedom.

The protesters then marched to Newmarket and upset businesspeople desperate for custom and many hundreds of shoppers, at last, enjoying “freedoms”.

The effect of such action is to harden society’s divisions and promote additional anger among those who feel the protesters are selfishly holding back and undermining New Zealand’s fight against Covid.

Any faint possibility of either the Government or the majority softening their views and mandates for the unvaccinated faded further.

The protest proved to be counterproductive, while probably also reinforcing the demonstrators’ own sense of importance and righteousness.

The Extinction Rebellion group in Dunedin is making its point by regularly blocking trains carrying coal. Last Saturday, members were at it again.

Sympathy for the cause will be widespread because climate change is such a pressing matter. The burning of coal is one of the worst contributors to global warming.

When KiwiRail, a large business - albeit owned by the Government and therefore all New Zealanders — is disrupted and disturbed, the public overall will remain supportive.

Unfortunately, there was collateral damage. The blocking of the track forced the cancellation of the “Victorian’’ excursion train from Dunedin to Oamaru, operated by Dunedin Railways.

Dunedin Railways, owned by Dunedin people through the city council, is itself on the edge of extinction. Not only were the passengers disappointed, but every trip over the summer is vital for the future of the trains.

This case differs because it seems the rebellion group did not want to halt the excursion train.

The group’s media liaison said the group communicated with KiwiRail when the protest began and made it clear it would work with the company to prevent disruption for other trains.

He said the cancellation was a “complete political move by KiwiRail” and there had been no issue with letting trains past during previous protests. KiwiRail made no comment on the claims. 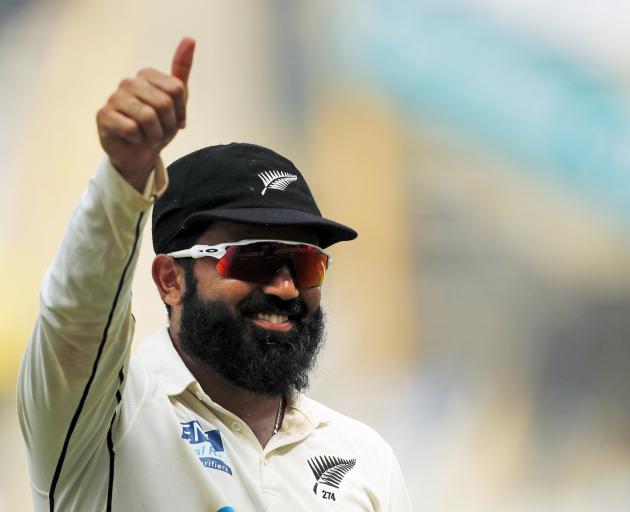 Once in a long while the stars align in life or in sport. Thus, it was for New Zealand spin bowler Ajaz Patel when he became only the third cricketer to take all 10 wickets in an innings in a test match.

The game itself proved to be a disaster for New Zealand itself as its long run of tests without defeat comes ignominiously crashing down.

Long after the crushing defeat is forgotten, however, Patel’s 10 wickets will be remembered as a shining highlight for both cricket and New Zealand sport.

Much has already been written and spoken of Patel’s unlikely fairy tale in Mumbai, the city of his birth. It was, indeed, a performance for the ages.

I quite agree the Auckland anti-vax protesters empty cries of 'Freedom' are beyond the pale. But why isn't the editorial bringing similar opprobrium down on the maskless protesters who appeared along George St on Saturday morning? There were many banners and signs making personal attacks on the Prime Minister and describing the vaccine mandate as 'apartheid'. I see no reference to them at all in the ODT.

This may not apply to all of our recent protesters but certainly some. I have become very wary of anyone of late flying the banner of freedom, in particular free speech. Often it is accompanied with an association to democracy, equality, togetherness then followed up by accusations of those others that minority few that are separatists. However these same people tend to be the ones who are first to point out peoples differences, exhibit excluding behaviour and generally struggle with diversity. In other words they are really complaining about loosing the privilege to express bigoted views without impunity.

'With' impunity.
Without consequence. When it comes to 'Groundswell', they have unwanted support from elements of Advance NZ and the Taxpayers' Union lobby.