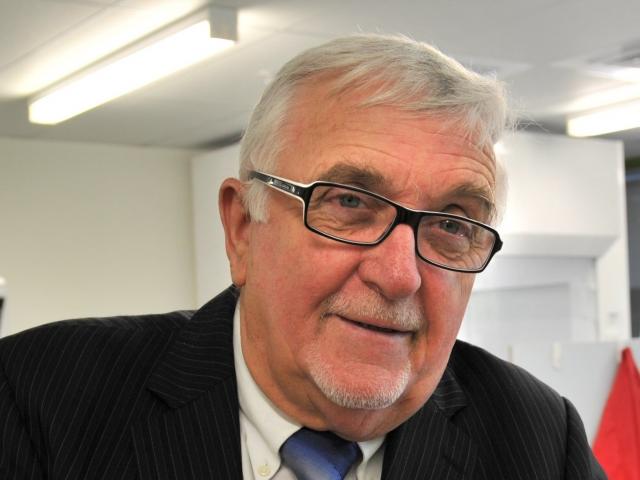 Peter Leitch.
Sir Peter Leitch, widely known as ''The Mad Butcher'', has found himself in an awkward spot following some ''banter'' on Waiheke Island with a young woman of Maori descent.

In a statement, Sir Peter said he was ''extremely disappointed'' a young woman had misinterpreted some light-hearted banter.

Sir Peter claimed he was joking with the young woman's group about not drinking too much because there were lots of police on the island. Ms Bridger said she was tangata whenua and could do what she liked and Sir Peter said he responded with a joke about Waiheke being a white man's island.

''When she later informed me she was offended by my comment, I apologised unreservedly. There is no way I can ever be accused of being racist.''

The matter should have ended there but social media whipped up a storm of controversy about one of New Zealand's legends of business, charity and sport.

Sir Peter started his chain of butcher shops in Mangere, where he did not see anyone but customers and friends - not separating them out into skin colour.

The man is also one of the most loyal, if not the most loyal, supporters of the Warriors rugby league team which often finds itself on the wrong side of the ledger at the end of the season after such promising starts. The Warriors team has always been chock full of Maori and Polynesian players. One only has to look at Sir Peter's Instagram account to know of his deep friendship with many players of today and the past.

However, instead of the matter dying away after a full apology, for some reason professional PR woman Michelle Boag - not unknown for causing controversy - got involved on behalf of Sir Peter. Ms Boag decided to describe Ms Bridger as ''barely coffee coloured''. Ms Boag also said Ms Bridger came forward because she wanted to be famous, telling media later her ''flippant'' comments had been taken out of context.

Ms Boag claimed she was having a casual chat to the Maori Television journalist, except the conversation was held on a speaker phone and everyone in the Maori Television office was listening. After 40 or so years of dealing with the media, Ms Boag should have known better.

The most concerning part of the story is, for many, how soft we have become as a nation. Of course there is no place for racism, as Labour learned when it decided to pick on house buyers in Auckland with Chinese-sounding names.

But if, as a people, we get upset by an older man remaining who he is, rather than who other people want him to be, then New Zealand really is becoming a strange place in which to live.

At 72, Sir Peter is at least two generations older than Ms Bridger who now, unfortunately, will have her private life scrutinised by some to find any weakness in her story or background to be exploited online.

In New Zealand, haters will hate and Sir Peter and Ms Bridger are likely to be in for a tough few days until the news cycle dies. But thanks to social media and Ms Boag, Sir Peter will now pop up in online searches as an old white racist knight.

That is uncalled for and unfortunate for a man who has done so much for so many. New Zealanders need to look deeply into their reasons for offence and discover what really matters to them, other than light-hearted banter.

Are you saying that attitudes that may be construed as offensive are mitigated by age and light heartedness? Why did the knight comment on her drinking anyway?