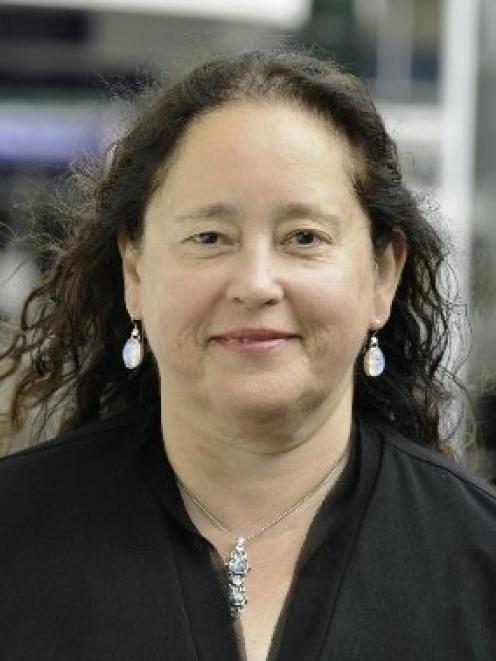 Mary Anne Thompson. NZPA photo.
It is unfortunate that Parliament has "broken up" for the year, because serious issues affecting the security and governance of this country have come to light with the publication by WikiLeaks, and subsequently the New Zealand media, of United States diplomatic cables.

Christmas and the "silly season" is upon us and there is every danger that the more disquieting among them will be quietly forgotten, instead of being robustly debated in the House.

This is the least that might be expected, for the communications reveal a shocking and unacceptable level of complicity on the part of a number of "public servants" in activities which, were they conducted with less "friendly" nations, might be considered to border on espionage.

They raise questions of loyalty, integrity and exactly where the boundaries lie between a friendly nod and a wink - and the passing over to representatives of foreign governments information that should remain discreetly within the purview of those for whom it was intended.

During the past 25 years or so, the historically close relationship between New Zealand and the United States has been in a state of flux - a situation contrived, and played out, in the shadow of the 1984 David Lange Labour government's nuclear-free policy.

The perception of a resultant cooling in relations has perhaps been allowed to trump the reality that the two countries have in essence remained on good terms.

There have of course been a number of diplomatic "tiffs" round the fringes of policy - and attempts by the superpower to influence New Zealand's position through diplomacy and persuasion. This, after all, is what diplomats do.

But as the latest batch of cables released by WikiLeaks reveals, diplomacy and persuasion have on occasion given way to frustration and the collection of information in a rather more underhand manner.

Perhaps of greatest cause for concern for anybody whose role it is to protect the integrity of the various branches of the public or civil service is the extent to which it appears to have leaked - in the direction of a grateful United States.

Many people in the service are required to have security clearance.

Protecting sensitive information is part of their job description and there is sufficient evidence in the cables to suggest some of it was indeed sensitive: for example the inner workings and discussions of the New Zealand Cabinet.

The cables show that senior Defence Ministry officials were secretly briefing the United States embassy on Cabinet discussions about the Iraq war. Specifically, US officials were told that the government of Helen Clark did an about turn on sending troops to Iraq because of fears Fonterra would miss out on lucrative Oil for Food contracts.

As the cable in question put it: "Senior MOD officials (strictly protect) tell us it was not until Finance Minister Michael Cullen pointed out in a subsequent Cabinet meeting that New Zealand's absence from Iraq might cost NZ dairy conglomerate Fonterra the lucrative dairy supply contract it enjoyed under the United Nations Oil for Food program, that the prime minister found a face-saving compromise and sent combat engineers in a non-combat role to Basra ..."

Further to anonymous Ministry of Defence officials, others were seemingly prepared to provide "privileged" information.

US charge d'affaires David R Burnett noted that disgraced former public servant Mary Anne Thompson - the former head of the Immigration Service who falsely claimed to have a doctorate when applying for jobs with the Ministry of Maori Affairs and Department of the Prime Minister - was "an invaluable behind the scenes contact" and, having worked as a staffer for two prime ministers, "has in the past provided us with valuable insights about how best to sell US policies within GNZ [Government New Zealand]".

If true, these incidents show poor judgement, and amount to a serious dereliction of loyalty and duty.

Others might imagine them to have been culled from the plot lines of a spy novel.

They invite a range of further questions: is it commonplace for senior civil servants to provide confidential briefings to foreign embassies? Just who did they imagine they were working for?

What if anything did they receive in return for being such compliant sources? And what further and sensitive information might have been provided by them?

These are questions our political masters should pursue robustly when they have shaken the sand out of their shoes and reconvened after the summer break.

For if members of the public service are routinely prepared to share information with our "friends", might they not also be persuaded to distribute it to our "enemies"?