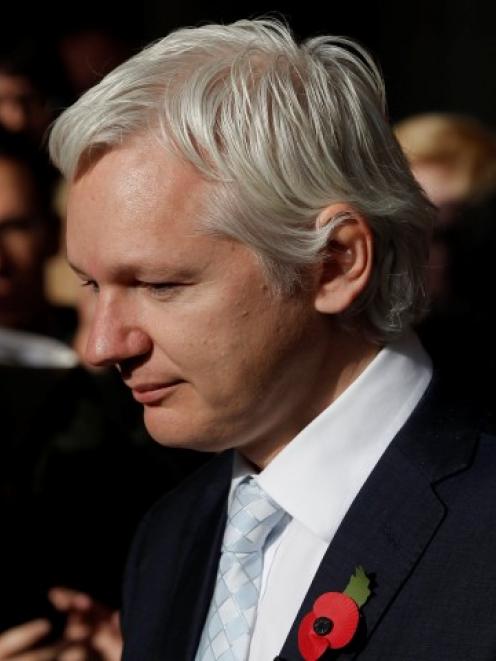 WikiLeaks founder Julian Assange leaves the High Court in central London after the court ruled he should be extradited from Britain to Sweden to face questioning over alleged sex crimes. REUTERS/Andrew Winning
WikiLeaks' founder Julian Assange, whose activities have angered the US government, should be sent to Sweden from Britain to face questioning over alleged sex crimes, the High Court has ruled, rejecting his appeal against extradition.

Swedish authorities want to question the 40-year-old over accusations of rape and sexual assault made by two female former WikiLeaks volunteers.

Assange now has two weeks to consider whether to make a final appeal to the Supreme Court.

However, any recourse to Britain's highest judicial body can only be made on a point of law considered by judges to be of general public interest, so permission to appeal must be obtained first from the High Court.

"We will be considering our next steps in the days ahead," Assange said in an uncharacteristically short statement afterwards.

Wearing a smart navy blue suit and sporting a Remembrance Day poppy in his lapel, the Australian computer expert listened intently during the 10-minute hearing but showed no emotion as the result was read out.

He was hugged and kissed by a female supporter after the hearing while banners fixed to the court railings outside proclaimed him to be a "casualty of war and truth".

He was mobbed by supporters on his arrival and when he left court, waving and smiling when an anti-capitalist protester from a camp outside St Paul's Cathedral shouted out he had their backing.

Assange was arrested in Britain 11 months ago and has since been living under strict bail conditions at the country estate of a wealthy supporter.

He denies any wrongdoing, saying the case is politically motivated, possibly at the direction of US officials angry over WikiLeaks' release of secret State Department and Pentagon documents.

Swedish prosecutors say their case has nothing to do with his whistle-blowing website.

In 2010 WikiLeaks posted 391,832 secret documents on the Iraq war and 77,000 classified Pentagon documents on the Afghan conflict. It has also made available about 250,000 individual cables -- the daily traffic between the State Department and more than 270 American diplomatic outposts around the world.

Assange's lawyers have argued the Swedish demand is legally flawed and that the sex was consensual.

A lawyer for the women in Sweden making the allegations criticised the High Court for having taken months to reach its verdict.

"This decision was exactly what I expected, but I am very critical about the fact that it has taken the High Court such a long time, from July," said Claes Borgstrom.

Last month, Assange, an Australian citizen, said WikiLeaks would stop publishing secret cables and devote itself instead to fund-raising because of a financial block on payments to the site by US firms such as Visa and MasterCard.

He said if the block was not ended by the turn of the year, WikiLeaks would not be able to continue.