Time to act on climate 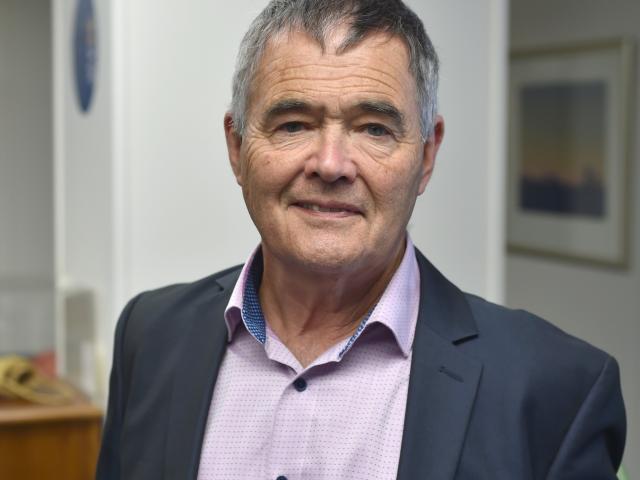 Dave Cull
In February last year, Dunedin Mayor Dave Cull declared a state of emergency. It was not for the first time.

In 2017, a state of emergency was declared four times in Otago, on each occasion because of flooding. There was no particular controversy about any of those decisions. The nature of the weather events meant it made sense to extend the ability to act swiftly and prevent harm.

Last week, at the urging of the public, Mayor Cull and his council declared a climate emergency and committed to an earlier deadline of 2030 for Dunedin to become carbon zero.

The two councils joined a growing list of local authorities here in New Zealand, and hundreds of administrations around the world, declaring that climate change is an emergency.

However, no rain storm loomed over Dunedin and no wildfire crackled at Queenstown's boundary on the day on which their councils voted.

So, while the earlier declarations of emergency, in 2017 and 2018, went unremarked, these more recent decisions have raised questions.

Some regard them as empty, and even unhelpful, rhetoric.

They are now in a minority, if a recent 1 News Colmar Brunton poll is an accurate measure.

It asked the question: ''Do you think the New Zealand Government should declare a climate change emergency?'' Of those who were polled, 53% answered yes.

Indeed, beyond the declarations of emergency, language is stiffening elsewhere. At the G20 summit last week, UK Prime Minister Theresa May called for a joint statement on climate change to use ''the strongest wording we can deliver''.

Those who remain uncomfortable with the new language discount two crucial considerations.

The first is that the impacts of climate change have arrived and the new consensus is that they are ramping up more quickly than scientists anticipated. The danger is immediate.

The Intergovernmental Panel on Climate Change's report of October last year made it clear ''unprecedented'' measures must be taken now.

The second consideration is that we on this planet share one climate system.

To think that because it is not raining here today, the emergency is not ours, is to fail to grasp this fundamental point.

The headline consideration in climate change is the concentration of CO2 in the atmosphere and that is now comfortably north of 400ppm here in New Zealand, just as it is elsewhere.

It is more than 400ppm in Europe, where French authorities issued a red alert last week as record temperatures topped 45degC, and more than 400ppm in India, where cities are running out of water and villages abandoned as the mercury hits 50degC. We do not know whose turn is next.

All this has long been predicted, but in this country, as elsewhere, it went largely unaddressed until a new generation of leaders moved it firmly up the political agenda.

The Government will soon enact zero-carbon legislation promoted by the young activists of Generation Zero, and no-one has done more to heighten awareness in the past 12 months than the School Strike 4 Climate movement.

It is they who have sufficiently widened the Overton window to allow our elected leaders to take these steps.

In fact, in Dunedin, the council was addressed by four young people from North East Valley Normal School who had been looking at climate change in class.

What they had realised was that it was time to act. They took that understanding to the council chamber.

Councillors heard them and voted. They now need to act swiftly and decisively. They cannot leave it to school children to solve the crisis.

It's all very well being idealistic but you got to pay for that idealism. The rates will keep going up to pay for it.

In 1920 the Taieri River Improvement Act was passed to reduce flooding on the plains. In June 1980 the airport flooded and was closed for weeks despite many schemes to protect it. Since then, every few years there have been flooding events around the city but none as bad as 1927.
To now blame atmospheric CO2 on resent events, is nothing short of hypocrisy.
The issue then, as now, is that the city didn’t have the money to do the job properly.
Now the DCC is saying, that spending our limited money, getting to Nett Zero 15 years faster than the rest of the 32 nations, out of the worlds 206, that have signed up to the Paris agreement, will protect the city from an issue that they admit is global.
For to long, Dunedin has suffered from half baked ideas and incompetence from our elites.
Claiming children at Intermediate level have some higher level of understanding is equally nutty.
Please, let’s have some logic, return to local politics !!!