Time to support each other 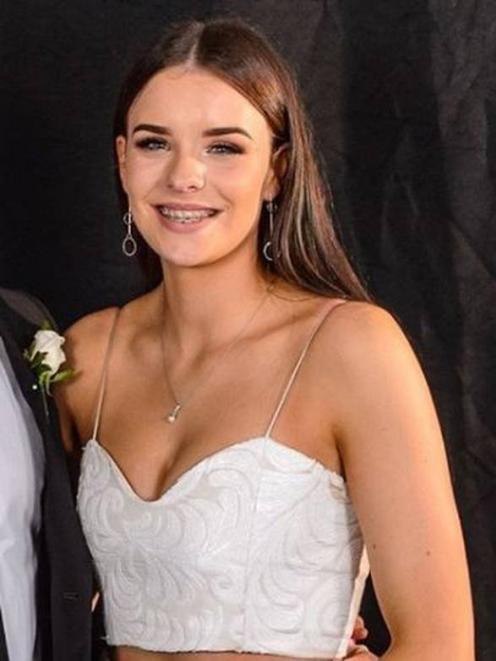 Sophia Crestani.
The tragic death of a 19-year-old university student at a crowded party in Dundas St last weekend will have left many feeling numb and helpless.

News of this happening at a house in Dunedin on a Saturday night seemed unbelievable, more akin to something which might happen at a big venue in a far-off overseas city.

Only it wasn't fake news. It was all too real.

Wondering how a fun night out could have gone so terrifyingly wrong will not change the horror and grief felt by the young woman's family, friends and acquaintances.

Elizabeth Yates put it well in Up the Golden Stair when she wrote: ''I think that we should not, by any twist of the words we use, minimise what we are going through, what anyone goes through, when death enters upon life and removes a member of our circle, family-close or friendship-wide. There will be time enough to ponder the event, to philosophise about it, to discover its significance. Now, the bleak fact stands: a light has gone out; wherever it may be shining, it is here no longer.''

There will be much to ponder about this event and to determine what might be done, if anything, to avoid the possibility of any similar occurrence in the future. Investigations into what happened are already well under way.

However, now is the time for supporting those directly or indirectly affected and, as several commentators have said, not the time for finger pointing. Without knowing the detail of what happened, such behaviour would be premature, in any case.

In the aftermath of the tragedy, the University of Otago's response has been sensitive and sensible. Understandably, it has not been keen to enter into discussion about wider issues regarding students' partying behaviour at this time.

Vice-chancellor Harlene Hayne has had the difficult task of meeting the young woman's parents earlier this week, describing them as ''simply remarkable people''. Although they were dealing with their own grief, she spoke of their courage and generosity in helping the university to look after the students most severely affected by the tragedy.

The university has set up a drop-in support centre, moved to help re-home the occupants of the house in Dundas St where the death occurred, and begun work on a compassionate consideration process for those who might be unable to sit exams, due to start next week.

While students have been able to access professional help, Prof Hayne observed that the biggest support they had sought in the initial aftermath of the event was from each other.

Otago University Students' Association president James Heath called for students to be there for each other, to ''reach out to friends and flatmates; talk, listen, show the strength of our community''.

Maybe it is also time to quietly reflect on what role the wider community has in a city which hosts so many young people living away from home and taking their first tentative steps into adult life.

Do we do enough to welcome, guide and celebrate our students, helping them when they make mistakes, or are we more likely to be standing superciliously on the sidelines, waiting for failure so we can tut-tut?

In this instance, perhaps we could follow Mr Heath's advice - reach out to students , talk, listen and show the strength of our community.

I have dealt with disasters, death & grieving.
The first thing that occurs is we know what caused the death was wrong, we know it could have been avoided, but we push that aside as irrelevant and focus on covering up guilt.
When you are not associated to an incident you stand back in disbelief at what caused it. But for those involved, the cause is not relevant.
I dealt with a school up north that lost 3 students to high speed Sat night crashes. The teachers & the minister at the first 2 funerals (knew the cause was wrong but) pampered to the grief with the focus on how sad, it was an accident. Another fatality followed until someone brave stood up and said "stop this joyriding or more will get killed".
Lets stop treating Otago students as victims. You come here to get drunk & overload a house -- someone will get killed. You overcrowd a balcony & jump up & down - someone will get killed. You go down Baldwin St in a wheely bin - someone will get killed.
You have been told, so why do it?! And if you choose to continue this madness, then stop pampering to the 'guilt grieving' as a result.
I hope charges are made in this case to get through. I don't want my children hurt.

"However, now is the time for supporting those directly or indirectly affected and, as several commentators have said, not the time for finger pointing. Without knowing the detail of what happened, such behaviour would be premature, in any case."
Wrong !!!
Now is exactly the time to highlight the BLEEDING OBVIOUS.
If you allow SUPERMARKETS to sell CHEAP ALCOHOL, more will be purchased.
If the price of alcohol at licensed venues is too high, it will be consumed at UNLICENSED VENUES.
If you have a culture where NO ONE IS RESPONSIBLE, there will be NO RESPONSIBILITY.
If you have NO RESPECT FOR THE LAW, there will be STUPIDITY.
If every truth sites on a SPECTRUM, all that is left is MADNESS.
If every TRAGEDY is SMOTHERED IN COMPASSION, there will be NO LEARNING.
Life is a tragedy. No one gets out alive.

You had a point until the irrelevant fatalism. Most have their lives until the end. The tragedy is the death of children. Heard of bereavement? Sophie is mourned.

Save your capitalised shouting for the police investigation.