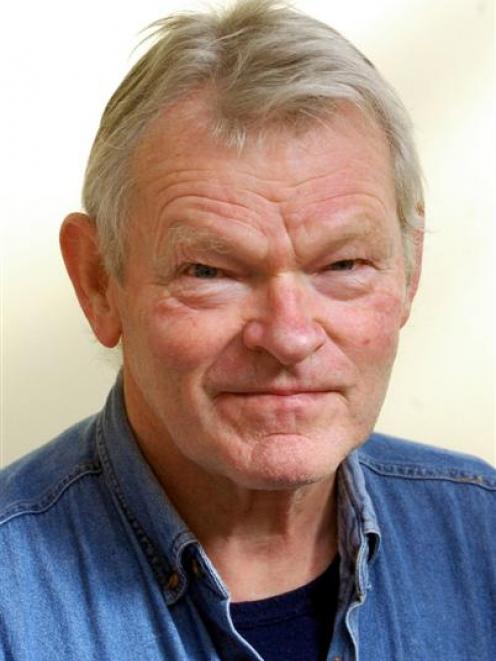 Dave Witherow
An opinion page article published in this newspaper on Friday has whipped up outrage.

Expressions of horror and disgust have followed Dave Witherow's piece criticising the increasing use of te reo on national radio, RNZ, and in mainstream media. Mr Witherow, formerly of Dunedin and now in Balfour, Northern Southland, turns on ''right-thinkers'' and their ''cringing servility''.

Mr Witherow, who was once a regular ODT columnist, is not afraid of colourful language to make his points.

This newspaper has also been lambasted for printing ''racist'' rubbish and giving sustenance to such outlooks.

The article, however, was published on the ''opinion'' page, where we allow for the expression of a wide range of views. As we said on Saturday, that does not entail any form of endorsement. In fact, editorially we would disagree, sometimes vehemently, with many opinion articles.

On this page we endeavour to come both ''from the right'' and ''from the left'', from liberalism and social conservatism. We want ourselves and our readers to be exposed to viewpoints that contradict ours and theirs; that might even offend them as this article did for many.

While we are sorry when this occurs, it is important we all are not ignorant of where others come from. We live far too often in social media echo chambers - in fact, Facebook algorithms are designed to feed us more of what we already think.

We tend, also, to socialise with like-minded citizens, and we feed off each other's biases and outrage. Hopefully, this newspaper's and online opinion sections can undermine just a little of this conformity of thought.

Mr Witherow's piece barged against this newspaper's view, as it was entitled to do. Almost every weekend we publish Te kupu o te wiki (word of the week), and we acknowledge Maori Language Week. While such efforts might be seen as mere tokenism, they do recognise te reo has a mainstream media place.

Of course, we have to make editorial decisions on what to publish in the opinion section. And Mr Witherow's piece could have been rejected as others are.

It did, however, as shown by messages of support, strike a chord for some readers.

As manifested by the Brexit and pro-Trump votes, many resent what they see as the liberal/media elite who suppress and have disdain for their thoughts and feelings. A siege mentality develops and hardens against the Establishment.

While Mr Witherow's overall outlook might be from a different direction, he exhibits similar scorn towards what is known as political correctness.

We would argue, discounting some of his rich language, there is a place for discussion about how much te reo is used and if it should be compulsory in schools.

It is also legitimate to question the ''right-thinkers'' as Mr Witherow puts it, now in the ascendancy, leading most of the media and public social debates. Dominant, accepted-wisdom positions should be up for questioning.

Although Mr Witherow's views are archaic, we believe they cannot be described as ''hate speech''. Those who would deny him a public platform would do well to remember when positions were reversed. The orthodoxy of another era, for example, quashed the freedom to express views on gay rights.

Tolerance and freedom of expression are precious foundations of democracy and civil society. While, inevitably, these must have limits, hurt feelings, offence and even social justice rights are insufficient grounds to stamp out the expression of opposing views.

New Zealand's dominant ''correct'' outlooks are in danger of bullying everyone else, of constructing an ideological straight-jacket that suppresses any chance of debate.

Through healthy debate, and exchanges of views, perhaps we can all add to each other's education.