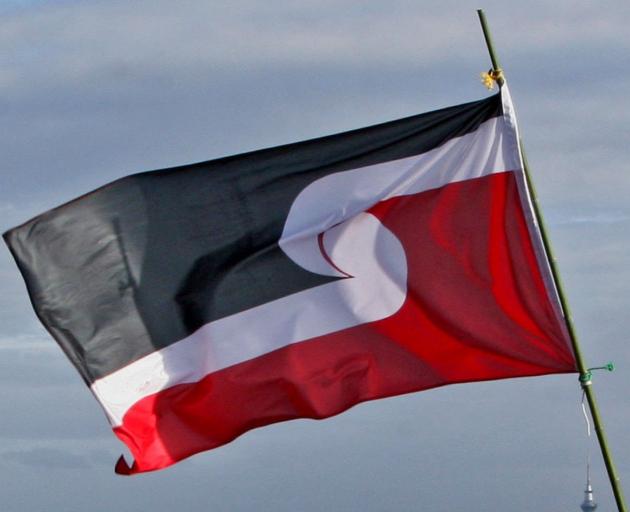 The Tino Rangatiratanga flag
Let’s put Aotearoa back into the theology of this country, writes Wayne Te Kaawa.

Here are five suggestions your church of faith group can consider for future Waitangi Day celebrations or you can be radical and incorporate these suggestions into your everyday Christian life and practice.

1. The Tiriti/Treaty as a liturgy.

2. Read both versions during your service.

When it comes to the Sunday closest to Waitangi Day, churches often include a few Maori words, a Maori song that is easy to sing and perhaps a reference to the Treaty in the sermon. In the official Waitangi Day service at Waitangi both the Maori and English versions of the Tiriti/Treaty are read during the service by the descendants of rangatira who signed in 1840 and the descendants of missionary Henry Williams.

This is the only time at Waitangi where both versions of the Tiriti/Treaty are read in public.

Not reading the actual words of both versions is like having a birthday party without the person celebrating their birthday being present. Incorporate into your service the reading of both the English and Maori versions read by multiple voices from within the congregation. For the happy birthday song, as it is our national day, sing proudly the national anthem in both languages.

When Waitangi Day is finished, we pat ourselves on the back and then shelve the Treaty letting it gather dust for another year. Make the Treaty a living document in your local church identity and life by incorporating it in your local church/parish constitution, mission, goals, aims, practices and finances. When this is achieved it becomes part of your natural identity and practice moving into real and meaningful engagement rather than making empty statements for one day. For examples look at the websites of national church organisations. None of those churches have got it right, but at least they are trying.

4. Fly the Tino Rangatiratanga and the United Tribes of New Zealand Flags.

In Dunedin, a few of the older churches have flags on permanent display. These flags commemorate battles that members of their church fought in. Add to this collection of flags the Tino Rangatiratanga flag and the United Tribes of New Zealand Flags. They are both officially recognised flags of this country.

Last year I attended Te Rautini Church in Hamilton and was impressed with the sign outside their church. It had the usual stuff on it: name of church, something about God, Jesus, Bible and love. Under all of that in bold letters are the words "HONOUR THE TREATY". On your local church sign how about something that says, "We are a church that honours the Treaty". This is not window dressing so only do this if your church really means it and lives it every day and in every way.

These simple five suggestions are part of "Theo-Aotearoa" which is about putting the Aotearoa back into the theology of this country.

Prior to the arrival of Christianity in this country, Maori had their own life-giving and sustaining wairuatanga which is acknowledged and protected by the fourth and unwritten article of the Treaty when Hobson agreed to the request that, "the several faiths of England, of the Wesleyans, of Rome and also Maori customs shall be protected alike". Theo-Aotearoa honours this agreement and brings faith and Maori customs into a life-giving relationship that sees human life and all of creation flourishing between the twin pillars of "the Treaty in one hand and the Bible in the other hand". Kia mau ki te oranga ake te iwi.

- The Rev Dr Wayne Te Kaawa is a lecturer in Maori theology at the University of Otago.