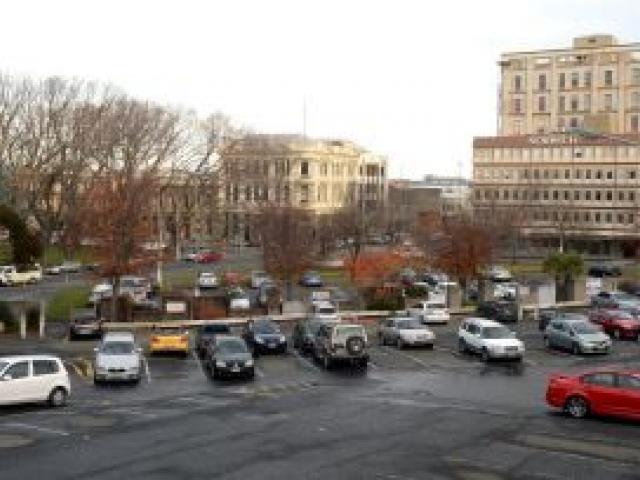 The decision the Otago Regional Council will have to make on a new administration block sometimes means deciding on the lesser evil. Whatever the decision, councils don't get much thanks for avoiding one bad choice in favour of another.

The option of leasing space in an existing building, thereby leaving a large amount of capital free for the ORC's primary environmental functions, has been summarily dismissed by the chairman of the ORC.

This is despite matters of "significant investment'' (such as a new building) requiring special consultation with our ratepayers, who will in turn expect that their or any suggestion will not be so easily dismissed.

There is a legitimate expectation of all public institutions to preserve equity between the generations. In other words, the concept of "intergenerational equity'' should be a significant component in decision-making by local and central government.

Whether it is better to lease a building or own it outright as the ORC wishes to do, is not a simple matter of taxation considerations. (Councils do not pay tax so the cost to a council of leasing a building is not tax-deductible).

The financial probity demanded of the council is concerned with procedures, processes and systems, as well as sound financial outcomes, so it is important to understand where the money for a new build comes from.

The capital held in reserve for one use (office block) has been transferred away from other potential environmental uses. In other words, capital reserves are available for any project the council sees fit to engage in.

This is where the issue becomes more clouded. The future of all regional councils is far from secure, as unitary councils seem to be a favoured option of the Government. This reality clearly heightens the council's investment risk in a building and therefore the ORC's fiduciary duty to minimise that risk.

It is not unreasonable for the council's audit and risk committee to have at least discussed leasing a building rather than abrogate this overriding responsibility to chance.

No such meeting has occurred. Risk management is a fundamental requirement of any prudent private entity but even more so when it comes to public bodies, especially where the future is uncertain.

Intergenerational equity has also been described as distributive justice by sharing the burdens and benefits over a longer period of time.

Nobody pretends there are simple answers on how to preserve intergenerational equity but it most certainly is a question that council/s must at least ask of themselves.

Economist Paul Krugman implies that sensible fiscal policy is a moral issue. The real "sin'' is not investing enough in the core business of councils such as water, sewage, drainage and environmental degradation, in favour of so-called vanity projects.

This is a rather harsh but somewhat accurate description given to decisions to erect new buildings in preference to those projects such as the massive wilding tree problem which dramatically alter the highly valued landscape. Drainage schemes are an all-too-obvious example for both local councils to reflect on.

Linkages, therefore, exist between the core environmental imperatives of the ORC versus the spending of potentially $20-plusmillion on additional real estate.

If we are to receive the benefit of owning a new administrative building, the question then arises: to what extent does that expenditure impose real risk and cost on to future generations of the aforementioned drainage/wilding trees and including sewage and clean water due to a lack of entirely justified expenditure on the core business of council?

Proper attention to maintenance has to be balanced against the decision to place millions of dollars into a building fund reserve account. Due consideration of intergenerational equity, therefore, requires that future costs - and especially benefits - need to be taken into account before any decision is made to commit an as-yet unknown amount of cash resources to a current issue such as a new administration building.

Leasing is a real annual cost but such an option offers the opportunity to spread costs into the future while still enjoying the benefits of extra office space - but without "benefit'' of ownership. It is questionable whether the commercial value of the current Stafford St premises has been a worthwhile property investment for the ratepayers of Otago.

The ORC has so far determined it is appropriate to completely discount any cost on to future generations by front-loading cost on to the ratepayer today - and the environment tomorrow.

It is worth reiterating that the core business of the ORC is environmental protection and not as an investor in real estate. The sum of $14. 3million has already been set aside for the building project, with much more to come from reserves.

This building reserve money is transferred from general reserves which are built up yearly from surpluses, extra interest and dividends and are lodged into a dedicated building reserve fund.

It is a fair question or observation to note that river work, and especially control of wildings, could have had reserves used annually for many many years to assist local communities in their valiant efforts to control NZ's worst environmental problem.

Another potential option for the council is to consider is a "joint venture'' with a private developer, especially where a heritage or new building fits the ORC's requirement of floor space and car parking.

That option surely must be considered as an entirely reasonable one especially given the outstanding rejuvenation of the Exchange area's "historic precinct''.

Regretfully, this option is not to be considered in favour of the imperative of the ORC "owning our own building''. Public private partnerships (PPPs) are also increasingly commonplace.

The ORC's failure to understand that environmental inaction simply transfers cost from this generation to the next and with a multiplier effect is inexcusable. What price must environmental imperatives pay for a new building? That is the real question the ORC must ask of itself.

-Gerrard Eckhoff, of Central Otago, is an Otago regional councillor.