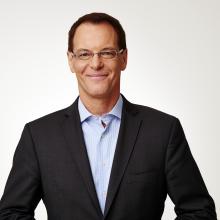 We respectfully invite you to address the 25th Convention of Psychopathic Therapists as its keynote speaker. I know our 800 delegates marvel at your application of neo-Holmesian deductive reasoning to the problems of disturbed newspaper readers. (Business-class travel, Waldorf suite, dinner with the Trustees, etc).

Your convention clashes with Quiz Night at the Arrowtown Golf Club. I am sorry to disappoint.

I'm fed up with enduring sign language translators when politicians pose their moral superiority on the box. Interpreters should be unobtrusive, but signers take over the screen because their language must be one of dramatic face and hand gestures. You can't think past them.

Plus the use of sign translators gives political "virtue signalling" a whole extra dimension. I suggest the news programmes could change all this by insisting on subtitles instead. They are already a standard option on Netflix.

Signers are helpful during National Emergencies because news captioning can't keep up with live speech.

If you are determined on change, read the case of Nataliya Dymtruk, a gutsy sign interpreter for Ukraine's state-run UTI News. Sixteen years ago, Ms Dymtruk translated a Ukrainian election story with gestures which read: "These are all lies, and I am very ashamed to translate such lies to you."

It was most effective. UTI immediately abandoned the use of sign translators (and Ms Dymtruk). I gather she is still alive. 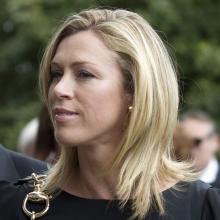 I perch with cheering university mates on the Stadium's Zoo seats, but becoming a Highlanders fan is a step too far. I was raised in the Waikato so I love the Chiefs. It can't be helped — the Chiefs throb in my blood, and my cousin went out with Sam Cane's uncle.

But this means I'm a social pariah. Last week the in-crowd blokes invited my flatmates to a Couch Burning Soiree, but I was not asked. (It was a tartan sofa, which I'm told flamed with sultry magnificence.) Is there a way through this problem which will allow me to cheer for the Chiefs, but survive Dunedin?

I have a suggestion, but you must make yourself more flexible. The Highlanders' No9 is a halfback called Aaron Smith. Whenever this chap gets the ball, humour your friends with remarks like: "Who's the little Smith bloke? If he could pass he might become an All Black." This will solidify your position.

I read rumours that One News is about to save money by dumping Simon Dallow, Wendy Petrie, or both, and moving to a one-reader format. This makes sense. Two wonks are a waste. Besides, the pair get in the way of each other, and neither has mastered the Queen's English. I also disapprove of Dallow's editorialising smirks. Who does he think he is? (I don't recall him attending Christ's).

Herbert, old son. The first two rules of TV management are (1) "Don't mess with a winning news team", and (2) "Seek psychiatric help immediately such a thought occurs". The news programme is a big, if expensive, earner, and it sets up the evening's ratings. One News gets three triple the ratings of Three, a feat that is commercially crushing. I don't damn with faint praise when I say liked and established readers are as precious as your ancient bunny slippers.

Your Uncle Norm has had many cracking jobs such as milk monitor, fellmonger, paper boy, CEO and cardboard box assembler. Among several Sydney gigs was — yes, some moons ago — reading the Nine Network's late Strine news for an enormous fee. (I think it was $15 a pop, plus dry cleaning.) Thus Norm can tell you a Ballantine's followed by a double Johnny chaser is needed after any live news reading shift. The One News pair is well worth its keep.

Because I suffer from love handles, I underwent a medical procedure via which a Doctor of Liposucking hoovered out the offending fat and moulded me into jeans. (Albeit classic cut with an elastic waist).

But when I asked that my suckings be returned, I discovered they had been disposed of with other medical waste. (Old tonsils, used hearts, etc). This fat was a part of who I am. While I understand Christian burial may be out of the question, my fat should have had the opportunity of cremation and a respectful urn.

I am sure there is a support group for victims of Colonial medicine such as yourself. And indeed a statue of a large gent which should be liposucked and confined to a museum. If you should have feelings of loss after pedicures too, contact either Social Services or Fair Go.

It is a terrible place. People in and out of each others' rooms all day long. Some residents are so tonky, they use "Chraist!" as an expletive.