Give Cullen Fund to the taxpayers 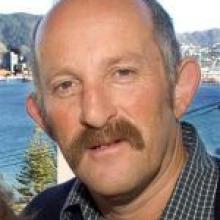 Gareth Morgan
Economist and financial commentator Gareth Morgan thinks the Cullen Fund, now suspended for 10 years, should be scrapped altogether. He explains why.

With contributions from the Government now suspended, the Cullen Fund is stalled midstream, worth $12.5 billion at latest count, having received $14.6 billion in contributions.

Think about the purpose of this project - to pre-fund New Zealand Superannuation to an estimated extent of about 14%.

In other words, when the hordes of baby-boomer retirees are drawing their New Zealand Superannuation entitlement in 2040, only 86% of that handout would be coming from the taxpayers of the day; the rest would be provided by the Cullen Fund.

With the 10-year delay to contributions, the onus on the taxpayers of the day will rise to at least 93%. Why bother?

The reality is that the dream is over. Economic circumstances, including the credit crunch, have rendered the Cullen Fund a white elephant. The other factors conspiring to send the Cullen Fund to the funeral pyre include. -

• John Key's absent-minded utterance that 40% of it should be ear-tagged for pet projects of politicians.

• The substandard performance of the fund managers.

• The suggestion that the fund managers, in a bid to make up for terrible performance, would lift the risk profile and enter the property development world.

No reliance whatever can be placed on politicians' promises that there will be a contributions catch up.

In reality, the fund is now stuck at about $12 billion-$15 billion, which is enough to distort domestic markets, should some silly politician decide that in the national interest the fund should be invested domestically, but not large enough to make any meaningful difference to the future tax demands of New Zealand Superannuation.

At least the Government has acknowledged that to borrow and fund it would be the epitome of financial illiteracy - but it has only done half the job. It needs to garner the courage to declare the Cullen Fund is the proverbial dead duck. Next, what should be decided is what to do with the $12.5 billion.

The Cullen Fund should be shut down immediately, and the $12.5 billion given back to the public in the form of KiwiSaver contributions. This would in effect privatise the property and get it out of the clutches of politicians.

After all, it was the tax cuts Mr Cullen denied Kiwis that funded this monster, so by rights it is the public's money.

By this route, KiwiSaver would in effect be made compulsory overnight, as all Kiwi taxpayers would get some of it ($3000 each if it were done crudely) in their accounts, which would form the base of their retirement fund. Remember in Australia compulsory superannuation contributions are 9% of salaries (over $3000 per annum).

Next, the Government needs to join similar economies overseas and declare that the age of entitlement to New Zealand Superannuation is going to be stepped up from 65 to 70 or thereabouts.

The United Kingdom has its at 68, the United States is at 67 and Australia has just announced its is going to 67 over the next 14 years.

Why do we - this highly indebted nation - remain in denial and cling to the lie that it can be maintained at 65? It is a total illusion, and John Key needs to show some leadership here - the longer the lead-in period for people, the more they can plan.

That he has said the age of entitlement will not rise on his watch is just plain silly, and closes the door on a great opportunity to patch up Labour's approach to superannuation. Political cowardice (or is that short-term pragmatism?) rather than any prescient appreciation of the future is why Mr Key has opted to dodge calling a spade a spade.

The purpose of the Cullen Fund was always questionable, and some of us said so at the time Michael Cullen had the brain fade that gave birth to it. The fund is nothing more than a tax increase on the current generation, so they can part-fund their own New Zealand Superannuation themselves - pay now, receive later style of thing.

Nothing wrong with that in principle, but the rationale collapses totally as soon as you appreciate that it is politicians rather than you personally in control of this long-term plan.

There was always high risk that future politicians could not resist getting their sticky fingers into the cookie jar and using the money to build monuments to their own personal agendas - roading, cycle tracks, expensive drugs like Herceptin, property developments, handouts for local firms - all manner of pork-barrelling largesse.

The point is the integrity of the investment mandate would be undermined by busybody politicians interfering with your retirement pre-fund. John Key was the first politician to be tested, and he totally flunked once he uttered his desire for 40% to be directed to the New Zealand economy.

The moral hazard - one of the most dangerous aspects of the Cullen Fund - was the tendency to suck people in to thinking the government had everything under control and therefore we as individuals need not worry.

Obviously, if you believed the nanny state rhetoric that Mr Cullen et al espoused, then you could get on with your normal lifestyle of spend and speculate and not bother to put aside serious money for retirement given our trust in government.

Sucker! Government was never going to deliver on this one. Thank goodness it has all collapsed within a couple of years, rather than just before you had to rely on it.