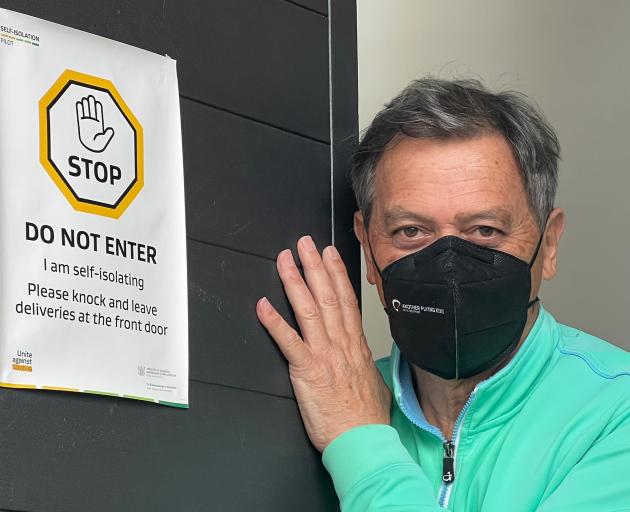 'This week’s announcement that the latest managed isolation and quarantine room release has been postponed indefinitely because of the "unprecedented number of Omicron cases", and that future room releases would be scheduled as officials navigate a "range of uncertainties and manage significant capacity pressures", will come as cold comfort to those who have been arguing for months that the current MIQ system is simply not fit for purpose.

We have to find a better way to reduce, or remove entirely, these "significant capacity pressures", the argument went, and establish a viable, repeatable, sustainable alternative. We simply can’t keep closing our borders every time something changes.

So, what is that better way?

Let’s start with the "unprecedented number of Omicron cases" that have caused the latest "change in plans".

All of those cases have had to cross our border. To get here, just like Delta before it, Omicron had to hitch a ride with a traveller on a plane or a boat.

One of the reasons it has managed to make that journey to the extent it has, is because we had a testing regime that only required a traveller to test negative 72 hours before boarding a flight. That has subsequently been reduced to 48 hours, but that is still two days to catch the most infectious variant of Covid we have seen to date.

In the "151 Off the Bench" self-isolation programme that I undertook last year with the support of the Business Cross-Sector Border Group, we trialled an alternative to MIQ, which we called Self-Managed Isolation. Focused initially on business travel, this was a system we believed could be expanded quickly to start bringing our fellow stranded Kiwis home as well; a system that could remain in place no matter what Covid threw at us.

We identified the first weak link in the existing system as being the 72-hour, pre-flight, testing protocol. The timeline for catching the virus was simply too long, and the current number of Omicron cases in MIQ is testament to that. Those people either boarded the flight to New Zealand with Omicron, caught it off someone who boarded with it, or caught it in transit through an airport on the way. Instead of trying to detect Covid after it reaches our border, we need to use every tool available to detect it before it leaves for our shores.

For the 151 Trial, I took my PCR test at LA Airport, before boarding, where I could choose to get my result one hour, three hours or five hours after taking the test. I chose five hours.

Which raises the question: how many of the 300, highly infectious, Omicron cases currently in MIQ would have been picked up in a five-hour window, rather than the current 48 hours?

Perhaps that’s a model Prof Shaun Hendy and his team might test for us.

How different might our situation be now if the Ministry of Health had taken up an offer made in July last year to trial an FDA-approved, PCR equivalent test that has subsequently been approved for official use by countries such as Canada, Israel, Taiwan, the US and Singapore?

The test in question delivers a result in 30 minutes. It costs less than the current approved nasopharyngeal PCR test and independent testing has found that it has "the same diagnostic accuracy as a PCR test", making it perfect for pre-flight testing, which is what Air Canada uses it for. How many Covid cases might have been detected had we implemented a system that delivered results a matter of hours before boarding, instead of days?

We can’t change the decision made a year and a-half ago by the Ministry of Health to decline the offer to trial this test, but we can learn from it. Over the Christmas break, the company that made the original offer has confirmed that it still stands. The owner of the company has been coming to New Zealand for 20 years and his connection to this part of the world has meant that New Zealand remains a priority and he is prepared to do whatever is needed to accelerate the trial that he originally offered.

This week’s reactive response to changing conditions has been symptomatic of the Covid response over the past two years. We have gone from placing Covid-infected people into special quarantine facilities, to letting them isolate at home, with family. We were about to move from requiring all returnees having to go into MIQ, to allowing them to go into self-isolation with next to no controls, only to get ourselves in a position where, currently, none of those options are available. Our borders are effectively closed - again.

Which leads to the second reason for shutting down the MIQ lottery this week: an inability to manage "significant capacity pressures".

Capacity pressure is not new. It is certainly not something that can be blamed on "an unprecedented number of Omicron cases". We have capacity pressure because we have not addressed a problem that has been staring us in the face for almost two years.

Capacity pressure is the reason we have to deliver on a safe, secure, self-isolation programme that provides everyone with certainty and hope.

People like the father who has yet to meet his 2-year-old son, the family stuck in the US with no visa and no way to work, the business couple who have had to sell their home to keep their business alive in New Zealand because they are stranded in Australia with no income.

Prime Minister, we have never claimed we had all of the answers, but we do know now what the questions is.

How do we work together to fix this?