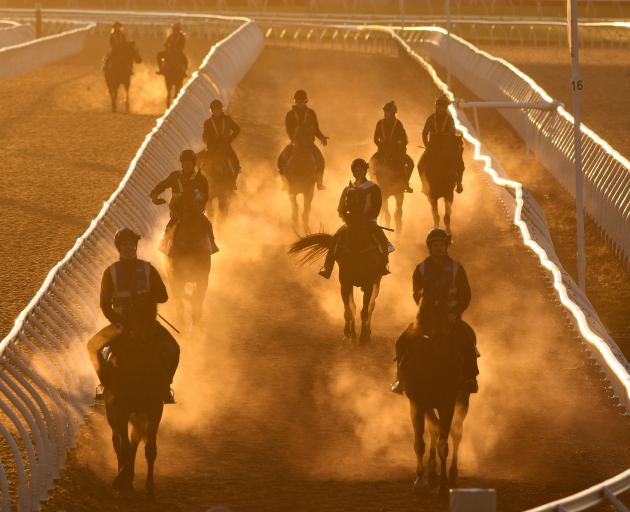 Gallopers come to the end of a trackwork session at Flemington Racecourse before the first day of the Melbourne Cup carnival today. PHOTO: GETTY IMAGES
Good moaning

I know, I know. I’m turning into (have already become?) a right grumpy old bugger.

But just as you need to get excited about the great things about sport, you need to have a fair rant about the annoying things when they pop up and refuse to go away.

Rant No1: Individual athletes saying ‘‘we’’. Drives me nuts!

Tennis players and race car drivers and some golfers are particularly bad at this, and are constantly saying things like ‘‘we were really confident in our preparation’’ or ‘‘we will pick ourselves up and go again next week’’.

Yes, you have coaches and support staff and a posse of varying size, but you can both graciously praise their efforts and recognise the fact that you, and only you, were actually playing the sport.

Rant No2: The explosion in the use of the word ‘‘exited’’ by rugby commentators. Drives me nuts!

Absolutely fabulous — that is my reaction to yesterday’s news (exclusively in the ODT) that the Highlanders have been granted a licence in perpetuity to stay in the South.

It is a major win for this region, this city and the stadium, and recognises the fine work done by chairman Doug Harvie, chief executive Roger Clark and the various shareholders, directors, staff, coaches and players. And, obviously, it is a credit to the loyal fans.

The Highlanders are still by far the biggest show in town, and it is impossible to imagine Dunedin or Forsyth Barr Stadium without them.

I was rugby writer in 2005-08, when the campaign to steal the franchise away seemed relentless, and the threat of losing our team was very real.

Our friend Chris Rattue, the marvellous columnist at The New Zealand Herald, started a piece with these words that still make me wince:

‘‘The time is right for the New Zealand Rugby Union to scrap the hopeless Highlanders and plant a new Super 14 franchise in North Harbour.

‘‘How long is rugby going to put up with its ball and chain at the bottom of the South Island?

‘‘The Highlanders are taking up oxygen, blocking the chance to create a new club in a thriving economic area which is in or near the hub of the country's finest rugby talent.’’

Ouch. But Ratts, old mate, the Landers are going nowhere. 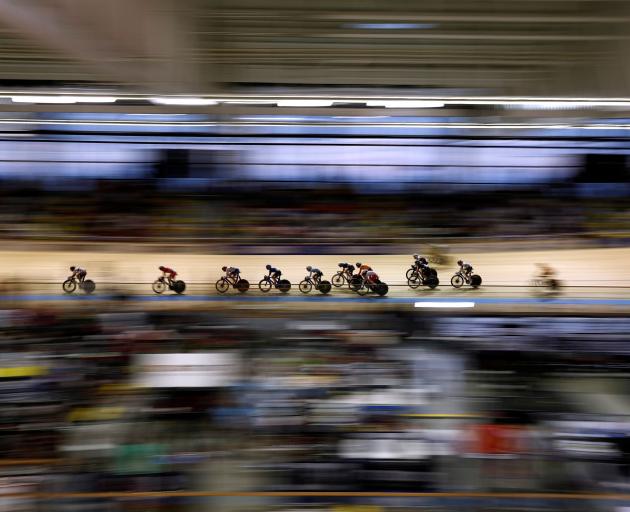 It hasn’t generated as much attention as it deserves but the Black Ferns’ 100th test this weekend is a big deal for the sport.

Women’s rugby is progressing all the time, and it is exciting to imagine where things will have reached by the time we reach 200 tests.

Warm congratulations to Don Lolo, whose quite fascinating rugby story has taken another leap with a professional contract with the new Moana Pasifika team in Super Rugby.

Don was a good player at Waitaki Boys’ High School, and decent in a handful of appearances for the Old Golds and that team north of the Waitaki that shall not be named.

But did I see him making his test debut for Tonga (straight out of Dunedin club rugby) and playing for a Super team? Readers, I did not.

Mike McKee is another good yarn. I can report (potentially with some artistic licence) he was forced to play in the backs for an under-15 team at Otago Boys’ High School as my colleague Jeff Cheshire was preferred at lock.

My apologies to a bunch of young fellows for being overlooked in a recent story about North Otago rugby.

No, St Kevin’s College winger Asesela Ravuvu was not the first schoolboy to play for the Old Golds since Tim O’Malley in 2012.

Five — FIVE — school pupils have played for the team since O’Malley’s cameo.

Just six words, but they represent another massive moment in the fight for inclusivity in elite sport.

The world has come a long way but it remains incredibly rare for a professional sportsman to come out, and top-line sport is still clearly seen as a bastion of old masculine attitudes.

The opposite is true in women’s sport, where openly gay athletes are common, and there have been regular stories on team-mates being in a relationship or even starting a family.

Adelaide United midfielder Josh Cavallo, just 21, is the first active A-League men’s player to come out, saying he was over feeling ashamed about his sexuality, and exhausted from trying to live a ‘‘double life’’.

Cavallo’s brave message on social media attracted comments from the official accounts of clubs like Tottenham and Juventus, as well as personal replies from superstars like Jordan Henderson, Zlatan Ibrahimovic and David de Gea.

That, perhaps, is another indication attitudes are finally changing, and public figures like elite sportsmen do not have to hide any more.

Every time I hear some sports commentator talking about say, a male football player being a 'debutante', I have a vision of a burly fellow in a white dress and high heel dancing shoes..
This is the correct meaning
a woman making her first public appearance, especially in sport.
"the women's team includes eighteen year-old debutante Katharine Merry"