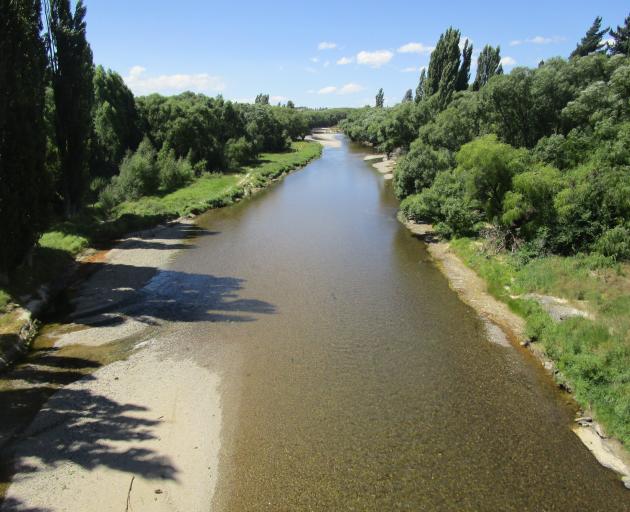 The Manuherekia River has been under discussion for several years. PHOTO: GETTY IMAGES
The future of our rivers will rely on the decisions of brave leaders, writes  Niall Watson.

However, recent decisions at Otago Regional Council (ORC) reveal a lack of leadership, reinforcing the myth that the way we mistreat Otago rivers is an inevitable and acceptable price we pay for progress.

Cr Malcolm overstates the case in claiming that the lack of a technical advisory group (TAG) report had "completely clouded the decision-making process" for the council. He seems to be blaming TAG for delays in catchment planning when it is the councillors dragging their feet.

As a member of the Manuherekia reference group (MRG), along with Cr Malcolm, I took part in years of discussions between those affected by or involved with water abstraction in the Manuherekia River.

The MRG heard how abstraction and contaminant discharges from agricultural land use affected the Manuherekia River and the wider community who connect with it — mana whenua, residents, recreationalists and conservationists. We heard how the river had been artificially subject to the driest of drought conditions virtually year-on-year for most of the past century due to abstraction.

We heard how the newly introduced national policy concept of Te Mana o te Wai has markedly changed the discussion. Under this direction, we must place the health of the river first, then the health of people, then all else.

At the same time, we heard how the activities harming the river were significant to those living in the valley. Those in the group who undertake these activities convincingly communicated the scale of change required by them if we were to return meaningful flows to the river and improve its water quality.

No-one should take this situation lightly.

The ORC is right to investigate the issues thoroughly, and certainly has done so. After millions of dollars spent and thousands of staff hours, there is a wealth of ecology, hydrology, economic, recreation and social information to guide decision-making.

The perspectives of the community have been sought and recorded, showing polarised support for on one hand the status quo, and on the other a meaningful restoration in flows.

In my experience, this has been the most detailed study of an Otago river in many years.

From this wealth of information it’s clear the river is under a tremendous amount of stress. It is very likely that a substantial amount of water will need to be returned and contaminant discharges reduced if the river is to be rehabilitated.

Critically, the scale of change required to achieve that is yet to be determined or accepted as necessary by the rural community.

It is a common misconception that scientific study will provide precise answers to environmental problems — particularly for freshwater — but it’s more a matter of informed choice. With the significant amount of information on hand in this case further scientific study seems unnecessary.

This brings us back full circle to the ORC’s refusal to note a report on a minimum flow for the Manuherekia. At this point, the councillors’ decision to wait for yet more information does a disservice to the community. The "noting" decision was always going to be a guiding step to allow us to start planning collectively for change.

Councillors could have made progress in a conversation that has been stalled for decades but instead they chose to stall further. The reality is the longer we wait to acknowledge a need for change, the more painful that change will be. Ultimately, this delay hurts everyone with connections to the river.

In October, voters will decide who will guide the Otago Regional Council for the next three years.

Remember this come election time. The future of our rivers and everyone connected to them need braver leaders at this crucial juncture.

--  Niall Watson is a former Otago Fish & Game Council chief executive and a member of the ORC’s Manuherekia reference group.