More than just a muddle 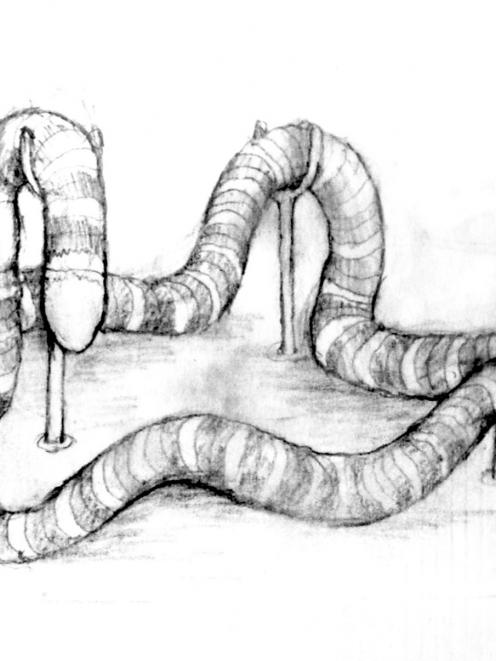 Image supplied.
The Dunedin City Council has made an unholy mess of selecting a commemorative sculpture for the Botanic Garden.

There are some trust funds available for the project. First, the Garden's people approached local sculptor Stuart Griffiths with a brief and a price and he came up with a proposal.

To release the funds - $60,000 - the council had to approve. It didn't, partly because it mistakenly supposed Griffiths was Christchurch based.

The council then set up a committee which issued requests for proposals (RFP) to a number of artists, including some out of Dunedin, which I support. The initial restriction was parochial. Artists had three weeks to respond - in Auckland they allow two months - but 12 days into the 21 further information changed the brief.

Other locations were to be considered. The formerly required inscription was abandoned. But the information still was that the budget was set at $60,000, including artist's fees, and ''price escalations will not be considered'' (ODT, 2.7.13).

Nevertheless, they selected the proposal of Julia Morison, an artist better known as a painter than a sculptor, for a 15.5m long sculpture representing a worm on crutches titled Ouroborus.

Not surprisingly, local sculptors were shocked. I was scandalised and thought natural justice had been trampled. In trying to explain this, Mick Reece the parks and recreation services manager said the stipulation ''price escalations will not be considered'' was only an ''indication''.

Well, as written it's a stipulation, but I'll come back to that. He then went on to say the council was ''looking for a work of art, not something off a supermarket shelf that fits a price tag''.

This added blather to what sounded like obfuscation. There should not be one rule for art and another for everything else. Yes, art costs money, and yes, it's not the same sort of thing as a drain. But when you're buying it or commissioning it, you don't just throw away the rules. You set a budget and, barring unforeseen developments, you stick to it.

But, it turns out that was never the council's intention. Mayor Dave Cull has sent me a disclaimer attached to the original request for proposals. Among other things, it reserves the right to ''make exceptions to the RFP specifications'' effectively making the specifications pointless.

It's not surprising applicants are frustrated. The RFP was a nonsense from the outset. It offered no reliable guidance.

Regarding the waterfront hotel, things seem to be going a little better. Or are they? Peter McIntyre and John Christie, of the Otago Chamber of Commerce, have been in print talking about negotiations rather than court action; so has the mayor; so has Ms Jing Song who, with her husband Mr Ping Cao, is one of the principals behind the project. But some of these utterances are concerning.

Tellingly, Ms Song pointed to Consultancy House, the eight-storey former Express Company building in Bond and Crawford Sts, which she said was New Zealand's first ''skyscraper'' (ODT, 26.6.13). She added: ''The promoters of that building did not give up easily, so we are not going to walk away from this.''

But the people who built the Express Company building in 1908 faced no public opposition and there were no height restrictions then. There was no district plan in 1908. A hundred years later, things are different.

After Dunedin had built and rebuilt itself through the colonial era (1840-1947), when town planning was implemented in the 1960s, it was found people felt the city had arrived at some happy results and they liked its existing character.

This is not an invention of the planners but a message from the citizens at large expressed through a complex, democratic process.

As plan has followed plan, and as buildings have been lost, the message has been repeated more insistently, the city's heritage fabric and its existing character should be placed at the centre of the plan, as the hotel hearings committee noted in its decision.

The mayor wants action too, preferably without any appeal. He has also said ''any proposal needs to pass all relevant planning requirements and fit with the expectations of our community as expressed in our district plan'' (ODT, 26.6.13). So it does. Everyone should be clear about this.