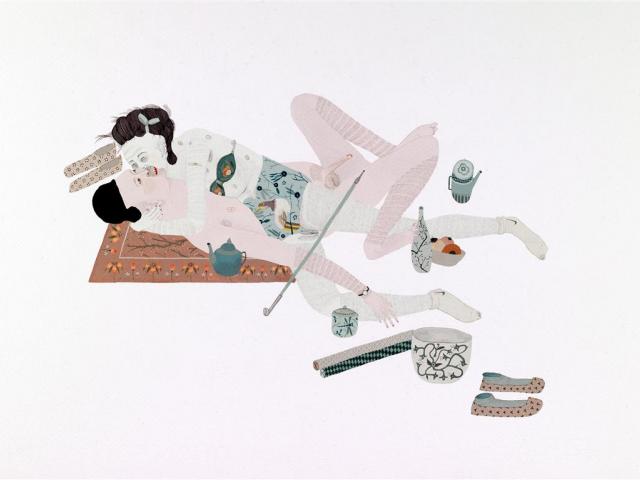 Kushana Bush is an interesting local artist. She was born in Dunedin in 1983, the daughter of parents who had migrated from England.

‘‘Japonism'' and ‘‘Chinoiserie'' are names of impulses that had a substantial effect on European art.

In my previous column I traced the developments in Britain which led to the establishment of that country's National Trust and how that anticipated the much later establishment of the New Zealand Historic Places Trust in 1954, the organisation now called Heritage New Zealand which plays a similar role here to its British counterpart protecting heritage buildings.

The Dunedin Public Art Gallery has a number of sheets from the series known as the Thirty-six Views of Mt Fuji by the Japanese artist Katsushika Hokusai (1760-1849) on display on the first floor in the passage.

In November, the Otago Daily Times published a photo and a report saying Sammy's, the nightclub at 65 Crawford St, formerly His Majesty's Theatre, was for sale.

The Moller Park Memorial Arch in Ravensbourne is in poor condition.

There is a wonderfully expressive ceramic bust at the McDowell gallery in Dowling St which put me in mind of a German work of the Renaissance made in painted terracotta.

On October 27, the Dunedin City Council's new arts and culture strategy was launched at 8 Stafford St.

There is a proposal to establish a new decorative and fine arts society, which was presented in an excellent lecture at the Otago Museum last Tuesday evening.

An unusual picture by a well known Dunedin artist is being offered for sale in Hamilton today.

It seems an opportunity to renovate a significant historic building has been lost and instead it will be put at risk.
Copyright is important for artists. I've written about it before in this column but there have since been changes to the relevant legislation and some concerns have been raised, by artists among others.

It was good the city council responded to Anne Stevens' call for action over the Dunedin courthouse and has resolved to make ''urgent representations to relevant ministers'' to get a commitment to its return to use as a court (ODT, 14.7.15).
Flags, like other emblems of group identity whether religious such as the crucifix or familial, for example heraldic crests, are forms of art and more or less good, bad or indifferent.

In my last column I repeated the objections to a proposed pedestrian and cycle bridge at Rattray St over the railway to make a link between the central city and the harbourside.

No bridge please and why do we keep repeating mistakes when it comes to the built environment?

People are very kind and helpful. In the last column I talked about a book written by an American woman and the thoughts it had about how costume could be art. I couldn't remember the name of the book or the author.

There's an impressive Jeffrey Harris show in Gore, while Mary McFarlane has an outstanding installation at the Dunedin Public Art Gallery.

William Dobson's (1611 45) portrait Charles Gerard, 1st Earl of Macclesfield, c.1645 is on show in the Dunedin Public Art Gallery's exhibition of some of its own holdings, ''Belonging'', on the ground floor.