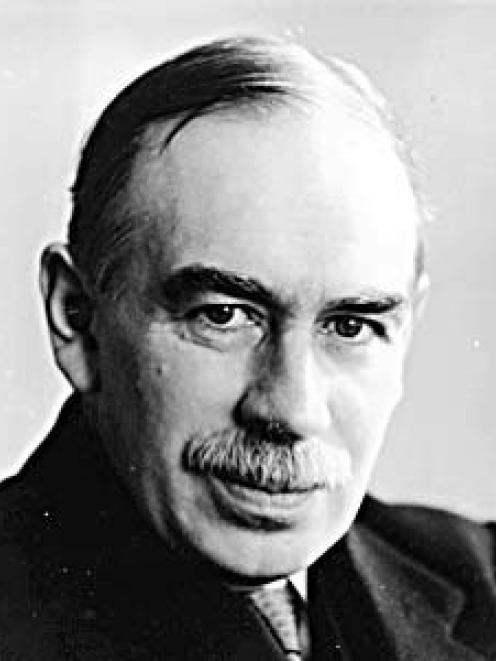 John Maynard Keynes
In my previous column I traced the developments in Britain which led to the establishment of that country's National Trust and how that anticipated the much later establishment of the New Zealand Historic Places Trust in 1954, the organisation now called Heritage New Zealand which plays a similar role here to its British counterpart protecting heritage buildings.

Today, I mean to carry out a similar exercise looking at the British antecedents of our arts council, now called Creative New Zealand but the Queen Elizabeth II Arts Council when it was established in 1964.

Creative New Zealand has government funding which it distributes to artists across all disciplines and arts organisations to foster the arts in New Zealand. 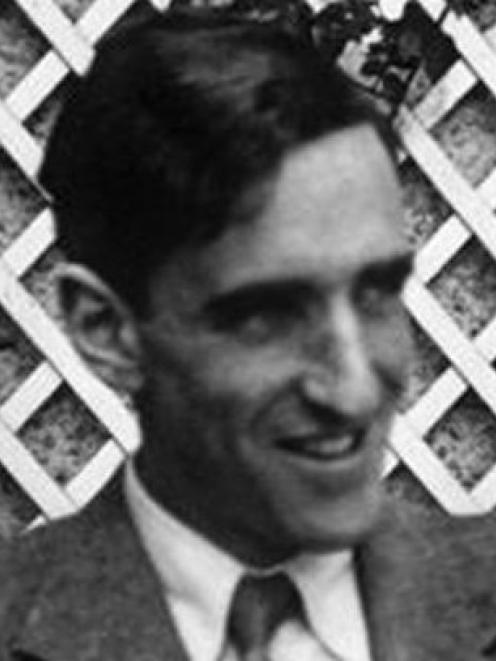 Charles Brasch
I remarked in my previous column I'm English-born and arrived here with my English parents and sisters in late 1955.

As I grew older I realised attitudes here were very indifferent to what are now regarded as heritage buildings and knew that public opinion in Britain was very different.

It seemed odd because most of New Zealand's European settlers had been British. Somehow, over several generations, things had become different in the two countries.

My parents were friends of Charles Brasch, the late poet and literary editor, and one of my father's colleagues was Rodney Kennedy who was active in drama but also interested in painting and other art forms. From things they said I became aware they regarded New Zealand as an artistic desert.

One way this was shown was by the widespread belief that New Zealand-born and trained artists were inferior to their overseas counterparts.

For our artists to enjoy a modicum of success here they had first to spend significant time overseas - often in Britain. One consequence was many never came back permanently. The climate was too difficult.

British parliamentary government has its origins in the Magna Carta signed in 1215, though it was then very different and the monarchy far more powerful than it is today.

As the monarchy received a lot of its income from taxes raised by parliament, it might be considered royal patronage of the arts was a new form of government support, though it seems unlikely in those distant times there was any sort of formal provision for it.

From the renaissance there was greater royal patronage, though nothing like so much as there was in autocratic France.

Something more like modern arrangements began to emerge in the 18th century during the Enlightenment when the Royal Academy was founded with royal patronage, government-supplied accommodation and a mission, to foster good design, but that catered only for the visual arts.

There was support for opera, ballet and music through letters patent issued by the monarch to a few theatres in London by about this time and there were ballet and opera companies and orchestras associated with them.

These forms of support continued through the 19th century, by which time the monarch's role in parliamentary government had diminished immensely.

The true origin of the Arts Council of Great Britain lay in the establishment of a Council for the Encouragement of Music and the Arts (CEMA) in 1940, remarkably, during World War 2. Its mission was to help promote and maintain British culture.

Its chairman was Lord De La Warr, president of the Board of Education. This was government-funded.

Under its auspices, for instance, the Ballet Rambert performed Peter and the Wolf at an aircraft factory in the Midlands during the war. After the war, CEMA was renamed the Arts Council of Great Britain.

A Royal Charter was granted in 1946 and the council's first chairman was John Maynard Keynes. His influence in government enabled him to secure a high level of funding despite the weakness of British finances then.

The majority of that funding was directed to organisations with which Baron Keynes had close connections such as the Royal Opera House and it was restricted to central London.

Baron Keynes also managed to ensure the arts council reported directly to Treasury rather than to an arts minister or the Education Department as CEMA had done and this established the principle of an ‘arm's-length' relationship between UK arts policy and the government of the day.

Baron Keynes died on the April 21, 1946, so he didn't have long to do this. After his death the council's funding diminished considerably. There have been significant changes since, one in 1967.

In New Zealand the arts council was similarly preceded by another body, the Arts Advisory Council, established in 1962.

As so often, New Zealand seems to have followed a British precedent. Happily, as with attitudes to heritage buildings, those towards the arts have much improved since the early 1960s.