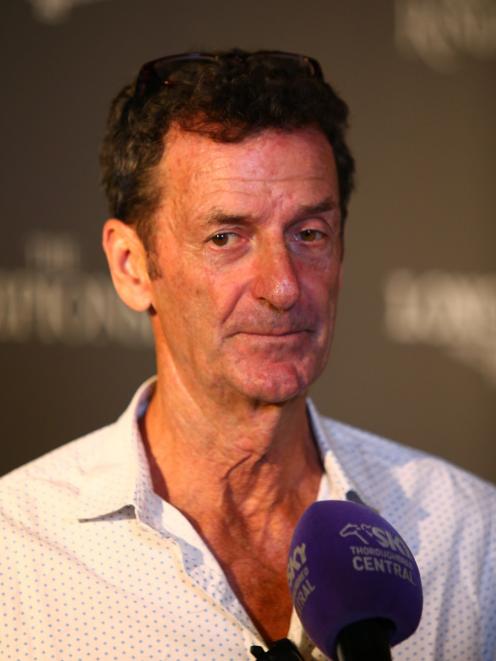 That’s the question any observer of my swimming attempts might be tempted to ask.

On the rare occasions I venture harbourward for a dip, I try to ensure as few people as possible witness the spectacle. It is not just the horror of the exposure of my legs, with their network of varicose veins resembling the gnarliest old tree trunks, or the fact the stitching on my old togs is threatening to go on strike. The real embarrassment is the time it takes from toe dipping to total immersion (actually it is never total — I hate getting my head wet).

I do not want to hear your stories of running and diving straight in. The abandon of such behaviour would never do.

No, I inch forward gently and slowly, and all is well until the water reaches just below the shoulders. Then a series of nonsensical arguments with myself commences about when to finally dip the shoulders under. Betraying my old lady status, I always ask myself why nobody has designed a neoprene shrug (the garment, not the expression) which would solve the problem. I have no idea how long this procrastination usually takes before the shoulders disappear under the surface, but if it seems like an eternity to me, I assume any hapless onlookers would feel the same.

Which brings me to Mark Todd. Would him blundering about behind me menacingly wielding a bit whacked off a nearby tree improve or hinder my progress? I will never know, but I cannot imagine it would be a pleasant experience.

It was not pleasant watching the video of Sir Mark, from an eventing training session in Scotland in 2020, in which he uses a switch removed from a tree to repeatedly hit a horse which is reluctant to enter a water obstacle from a bank. In a longer video showing part of the build-up to the whacking incident we initially see Sir Mark use the switch, with leaves still attached, to create noise, hitting it on the ground behind the reluctant horse as it approaches the water. The horse enters the water and then comes around for another go. This time Sir Mark is there with the switch but has little involvement and the horse enters the water. On the next entry, however, the horse hesitates, and it is then the hitting occurs.

The emergence of the video has resulted in Sir Mark’s temporary suspension by the British Horseracing Authority and he has also stepped down as a patron of the World Horse Welfare charity. He has escaped being prosecuted under Scottish animal welfare law because incidents must be referred for prosecution within six months of their occurrence.

As someone who was thrilled at Sir Mark’s accomplishments and his longevity in equestrian events, I found this incident saddening and maddening.

I was a horse-mad kid. As the Auckland-dwelling sister reminds me, when we weren’t riding our two 16-something hand farm hacks, Dink and Donk, we were pretending we were horses and cantering over jumps we’d constructed in the paddock, or treating fallen bouncy willows as horses. Forbidden to use Dad’s stock saddle, we constructed "saddles" out of sacks with binder twine "stirrups" attached. How we didn’t kill ourselves, I will never know. We had no hard hats or any other proper riding paraphernalia apart from bridles.

Once, my sister, a tiny dot of a girl who resembled a Thelwell cartoon on the rotund Donk, fell off and broke her wrist. I insisted she remount immediately so she did not lose her nerve. I feel guilty still.

And yes, we made whips out of fern sticks, but I do not remember ever using them. It was all about the look. We were appalled at anyone using spurs.

The best thing which could come from the Todd scandal is for us to recognise this is an issue bigger than this incident.

As blogger Matt Brown said in The Chronicle of the Horse — "It’s similar to the #MeToo movement: What used to be an acceptable practice, one that took place in a not-so-secret way, is not acceptable any more. Instead of defending it, we need to do better, be better, and be honest about bad behaviour when we see it, regardless of what that person may have accomplished in their career".

Horses tolerate much. They are primped and preened and adorned with tack, trained to work on farms, to perform fancy footwork for our entertainment, to leap over huge obstacles, to draw carriages and carts, to help keep the peace, to participate in pompous ceremonies and to go fast so we can bet on them.

Given all that, the least we could do is stop believing it is ever OK to hit them.

-- Elspeth McLean is a Dunedin writer.

Admired, even after snorting and jumping?