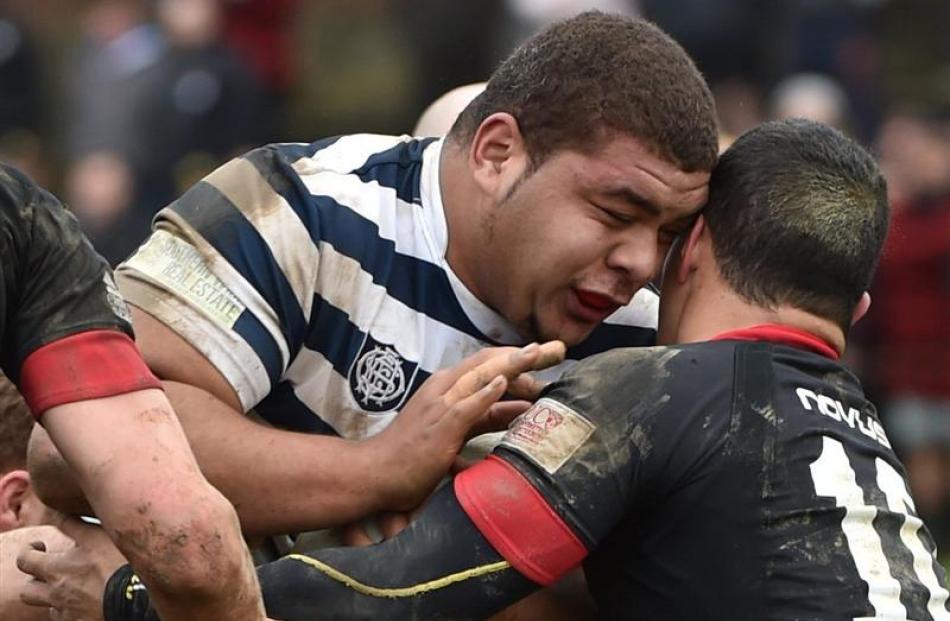 It would be a filthy lie if I said I was personally invited to the South Island secondary school rugby final between Otago Boys' High and St Bede's of Christchurch 10 days ago, but there WAS an email invitation, not discernibly part of a desperate mass mail, please make the crowd bigger to help our boys.

They even used my name.

How could I be part of the database?

For 31 years I lived just 150m from the school and never attended a single Old Boys function - not even the 150th celebration.

The organiser rang me very early one morning when I was in the shower.

''Your name isn't on my list,'' he said incredulously.

''That is because I am not coming,'' I replied, through a lava of Dove shampoo.

''Colbert, I find this totally unacceptable,'' he shouted.

The classmate had turned into a teacher.

So I am not yer prototypical Old Boy. School days aren't the best years of your life, the years when you were at school are that.

But I do remember interschool rugby games back then, when everyone was let out to watch and repeatedly perform hakas.

They were magnificent loud, stirring things.

It was a murky day at Littlebourne for the South Island final, with a slight drizzle.

I thought of sitting on the piles-inducing cold concrete terraces, from where the junior school once delivered their hakas, but St Bede's already had a haka group set up, just as a completely non-partisan Otago Boys' supporter had set up with a chainsaw or weed-eater, something terrifically loud, which started up accidentally every time St Bede's began their tribal stomp.

I elected instead to stand right behind the Otago Boys' bench and their eight substitutes. Recti Cultus Pectora Roborant.

How instilled was this motto still now!

It loosely translates as ''The Rector's Culture Is For Pectorals To Be Robust.''

And that is one dead-accurate school motto - these boys were colossal.

One of their props weighed 135kg. Good grief.

I remembered my first days at Otago Boys' in 1962, military training.

I was alarmed at the size of the giant men with hairy legs roaring commands at us, and swore never to join the army and have this happen every day, even at 5 in the morning when I was still fast asleep having a scrummy dream about ponies.

And then a week later, in school uniform, I found those huge hairy-legged men were actually Upper Sixth formers.

So they were big back then, too, but the modern day Otago Boys' first XV players are much bigger.

There was one particularly memorable 1960s interschool game, against King's High school, a bitter rival, but with Chris Laidlaw gone, now vanquishable again.

We were in front with a minute to play, and I was at the southern end behind the goalposts when I saw a Kings player suddenly weave his way through the entire Otago Boys' team, some of them two or three times.

He would later do the same for University A and Otago, a Christian Cullen/Israel Dagg long before there was such a thing.

Bugs dotted down under the posts and all Dennis Breeze had to do was pop the conversion over for the win.

I was a good sport back then, I didn't scream a very rude word just before his toe touched the ball.

But I can admit now I did poke my tongue out at him.

He missed the kick.

The first thing I said to him was how did you miss that kick?

What a terribly big pile of baggage to have on your shoulders for the rest of your life.

I missed 1965's Rector's wife running up the sideline with her umbrella shrilling ''Come on SCHOOL!'', but it was fun.

I will go again.