I began this article a few months ago while sitting in the public library in Wellsford, hunched over my laptop, feverishly finishing my master's thesis.

Opposite me was seated an old man in a faded denim shirt, falling asleep over his copy of The New Zealand Herald.

Small children were playing nearby, and a few mothers were catching up in the corner. Even as I sat there, despairing over the absolute shambles that was my thesis, I felt a sense of community, a real sense of warmth and commonality. Perhaps it was the free Wi-Fi, or the heat emanating from the radiator nearby, or the coffee I had smuggled in, but I felt at home.

From a young age, I have escaped to my local public library when things got tough at home. These libraries across our nation are accessible hubs for people of all ages, backgrounds, socioeconomic status and ethnicity, providing a safe, free and public space for those who need it.

Public libraries in their various forms have been around since ancient times, used in Ancient Greece, Rome, the Middle East and North Africa. In the United States and Europe, many public libraries were founded by donations from private philanthropists such as Benjamin Franklin and Andrew Carnegie. 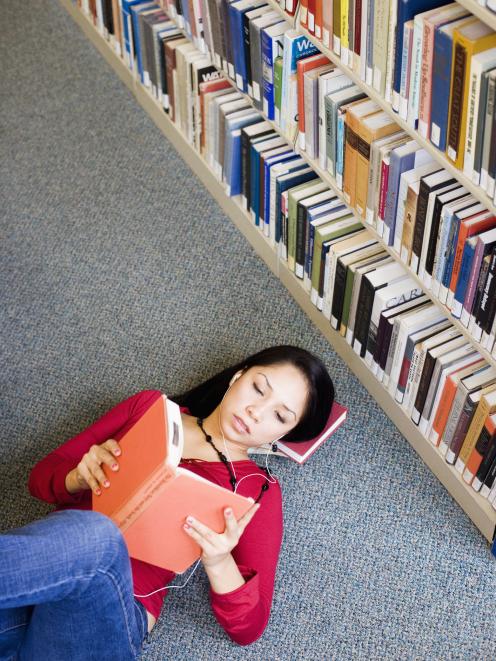 Public libraries play an integral, informal and ever-evolving role in community building. Photo: Getty Images
New Zealand's first public library was the Port Nicholson Exchange and Public Library, established in Wellington in 1841. Sadly, it only operated for one year on the corner of Charlotte St and Lambton Quay, before closing due to a combination of dwindling subscribers and competitors.

Thankfully, this closure was not an ill omen for New Zealand's future; as of 2013, there were 667 libraries in New Zealand, over half of which were public libraries.

These public libraries across Aotearoa provide free and accessible educational resources for everyone, including internet access, computers, books, pamphlets and even educational and professional training programmes.

They're sites of secret knowledge, as I well learned as a child. Waihi's public library on Seddon St was a treasure trove of forbidden information, on topics ranging from LGBT rights to human evolution to world religions.

I had my own card and my own account, and multiple times a week I would sneak home those precious books - Richard Dawkins' The Selfish Gene, Stephen King's Carrie and Alice Walker's The Color Purple, to name a few.

Public libraries also play a vital role in English language learning. New Zealand is a diverse country, attracting people from all over the world, not all of whom speak English upon arriving on our fair shores.

Libraries provide these new learners with myriad opportunities to immerse themselves in the English language, as well as te reo Maori and sign language, through books, periodicals, audiobooks and online resources.

One of the best things about making the 10-minute trek to my local library was the care and kindness I received from the librarians. In many ways, librarians act as social workers, friends and navigators, helping to connect people to information on literacy, health, job applications, computer and internet training, resume writing, housing and everything else, all free.

In the frequent moments of strife that plagued my family home (I was a hot-headed teenager), I would run down to the library, and, after grabbing a milkshake from the corner store, I would retreat to a silent, safe corner of the old, book-laden building.

Libraries and other ''third places'', namely those spaces outside the home and workplace, play an integral, informal and ever-evolving role in community building. For those who are homeless or struggling in other ways, libraries are warm, free and non-judgemental spaces.

Public libraries are also integral to lifelong learning, or the continuous development of one's knowledge and skills. Our environment is complex and changes as rapidly as the weather in Dunedin; we need to continually acquire and update a variety of skills.

Moreover, not only do public libraries play a hugely significant role in one's education, but they are also major contributors to the nation's economy. A study conducted by Glass et al. for the Institute for Public and Business Research on behalf of the Kansas State Library (2000) found that nearly a third of successful businesses and economic organisations throughout Kansas use public libraries as a resource. It's not too much of a stretch to see that this applies to New Zealand as well.

It is vital that we keep the doors to our public libraries open across the nation. Moreover, we need to ensure that such institutions continue to be safe and accessible for everyone, with ramps, lifts, accessible toilets and parking spaces, clear corridors, audiobooks, braille texts and so on. In our current climate of fake news and ''alternative facts'', to quote Kelly-Anne Conway, unbridled access to free, truthful information.

Libraries preserve our history and our truths, and are important bastions in the fight against misinformation.

In a much earlier time, my grandmother encouraged a love of books and I borrowed her card for the children's section: "Fire over London", "Emil & The Detectives", and 'Never Put Children Down Coalmines Again!'

Later, intermediate, gravitating to Free Fiction. Bit edgy here: 'A Fine Madness", 'Catcher in The Rye', and 'I Couldn't Smoke the Grass on My Father's Lawn', by Michael Chaplin.

Records were l.p's. Lenny Bruce was in red vinyl. At age 17, I wanted to go out with Susan Sontag. She said 'Never ideologise that joint!'

Not to me. I was 15 thousand miles away.