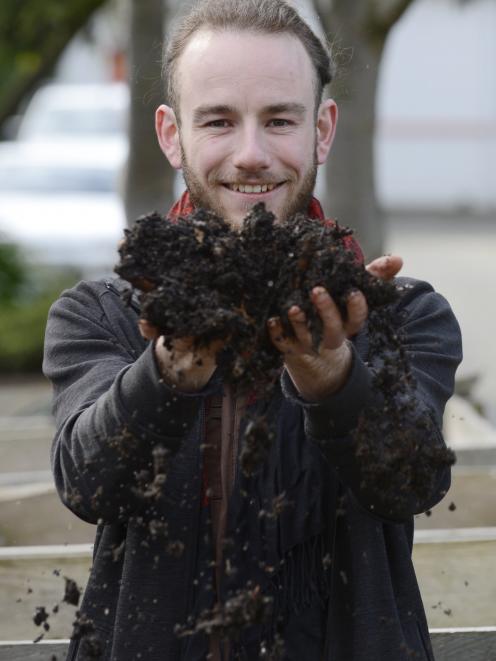 You may have read about Finn Boyle in these very pages recently.

Finn was also among more than 50 other participants at the inaugural Waste Jam event. Held at Otago Polytechnics Hub on July 6-7. A collaboration between Start-up Dunedin, DCC, Otago Polytechnic and University of Otago, Waste Jam was almost sold out before it had been advertised.

Waste Jam and Finn are examples of how responsive education should be to its local environment.

Finn, who secured $40,000 in Dunedin City Council funding for the composting project, personifies how a Polytechnic education can support thinking, and turn it into action.

However, just like successful composting, such outcomes are not the result of a singular event rather, they occur because of prevailing conditions.

In Finn's case (his own initiatives notwithstanding), he is part of an innovation ecosystem at Otago Polytechnic.

Yet this ecosystem is under imminent threat from Minister of Education Chris Hipkins' Reform of Vocational Education.

While it might be reasonable to assume that the documents leaked by National MP Shane Reti last month comprise, at best, only some of the reality, the threat to this ecosystem from any centralised decision-making is real.

Let's put it another way (and to continue the environmental metaphor): does clear-felling a forest lead to biodiversity?

Many innovative projects from Otago Polytechnic have hit the headlines recently:

Pop into Otago Polytechnic's Hub in Dunedin's Forth St and you are likely to witness a buzz of ideas. You will see learners; you will see staff; you will see city councillors and activists, executives and clients, university professors and tradies.

It is a microcosm of what is great about Dunedin and Otago. None of these innovations or innovators stand alone. They inhabit the same ecosystem.

The ecosystem is partly the space, partly the people, partly resources and partly leadership.

The thing that binds it all together is the mind-set. The "Can do'', the "Let's do'', the cult of done. Take that ability to do away, and you are taking the oxygen away. When we can no longer make it happen, it is not one idea that is killed - the entire innovation system will be under threat.

That is exactly what could happen when the details of the Reform of Vocational Education are released this month. Centralisation of decision-making into one "mega-polytechnic'' will turn "Lets do ...'' into "we could have ...''. Ideas will become extinct, and the contribution that Otago Polytechnic makes to Dunedin could be lost.

One centralised institution is unlikely to be able to respond to local needs in the way that Otago Polytechnic has through outcomes such as Waste Jam - or any of the other innovations I've referred to. We cannot let a politician's outdated obsession with centralisation stop Dunedin and Otago's needs from being heard.

In March, Hipkins visited the aptly named Hub, this place where things happen. He stood up in front of hundreds of people.

An audience comprising leaders and laypeople alike, all bound by a common concern, they heard the minister speak about how his reform vision wouldn't be completed without appropriate consultation.

The audience, to their credit, listened intently.

Let's hope the minister has done the same.