Property rights are being forgotten 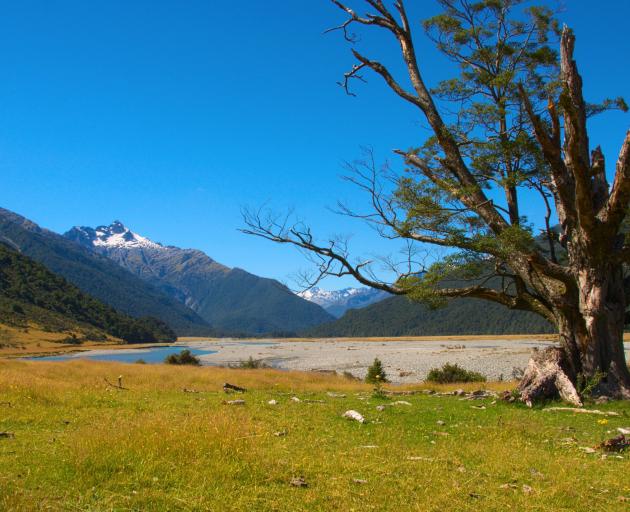 The picturesque valley in the Hawea Conservation Park past Hunter Valley Station. Photo: Tomas Sobek Photography
William Pitt the elder (1708-78) got it right with a famous speech in which he said - in part - ''The poorest man in his cottage may bid defiance to the Crown. It may be frail. The roof may shake, the wind may enter, the rain and storm may enter but the king of England may not - nor all his forces dare cross the threshold of that ruined tenement''.

While Hunter Valley Station hardly qualifies as a ''ruined tenement'', the principle of security of tenure and the right to exclude the Crown and by association, the public, holds as true today as it did in the 18th century

And so the debate begins, yet again, 240-odd years later. There are those who seek access to every corner of this fair country but who choose to ignore the common courtesy of seeking permission of the owner. During the last tenure of the previous Labour government, Helen Clark sought to pass legislation to force a right of entry to all rural land which included freehold, Maori, and leasehold land, but especially pastoral lease land.

It was designed to allow access through all property to and along rivers. Labour failed to gain public support, but was gleefully supported by Fish and Game and something called Public Access NZ and or the Public Lands Coalition, who saw their recreational opportunity as a birthright and a chance to collectively set aside the property rights of all others.

A property right should never be some disposable commodity available to enhance the popularity of a government, but a fundamental tenet of any successful democracy upon which the security of monetary systems is based.

The current debacle over free and unfettered access (demanded by Fish and Game) through a farming property in the Lake Haweaarea is the latest example of discarding the accepted norms of the right of access being a privilege and not a right.

The coalition Government is now making sympathetic noises about being the actual owner of the land, but are conveniently setting aside the fact that they lease that land out to a private person - in perpetuity.

Last time I looked, a lease in perpetuity is forever, unless there is uncoerced agreement between the Crown and the lessee to alter that contract. The most important part of the contract from a farmer's/owner's perspective is the right to ''quiet enjoyment'' of the property.

Some choose not to exercise that right. Editorial comment that taxpayers have lost tens of millions through tenure review of pastoral leases is extraordinary. The conservation lobby drove that concept from the start and has added dramatically to the public's recreational estate.

Exactly why the public should have the right to enter private property as of right is yet another claim the ODT editorial doesn't elaborate on. The belief that because some properties have given access without consequences means that all must follow suit is perhaps the most ill-informed of all the comments. Has there been a survey taken? There is very real and increasing concern over public despoliation of the environment. Every one of our famous walking tracks is littered with human waste just a few metres off the beaten track as trampers get ''caught short''.

Mt Aspiring Station in the Wanaka region has been a very generous benefactor toward the public and are deservedly applauded for being so, but such a decision can facilitate a public attitude of ''well if they can be so generous, so can the rest of you pastoral lessees''.

In this populated world of ours, privacy is an increasingly rare commodity which some people are prepared to pay large sums for. Votes, and not upholding contractual obligations, appears to be the Government's prime consideration in this issue. It's hard to imagine any public access to a Winston Peters property. This issue is about principle, not scale.

Many within the high-country farming community have done themselves no favours over the years, but this issue is not about - to borrow a phrase - sense and sensibility; it is all about upholding the law and contracts without resorting to the coercive and indeed corrosive power of the state to appease an interest group, albeit with good intent.

This Government now has the opportunity to uphold the law for all people or persecute one, on behalf of the many. That decision will define this coalition Government more than building houses, equal pay, or public transport infrastructure.

William Pitt also said ''Unlimited power is apt to corrupt the minds of those who possess it, and I know this my lords - where the law ends, tyranny begins''.