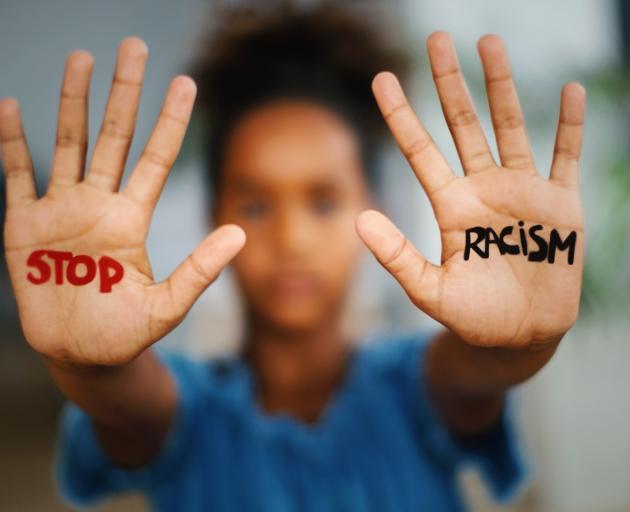 Photo: Getty Images
My brother and his wife were married on Saturday. By all accounts, it was a near-perfect day. The sun was shining, the wind still, the smiles gleaming, and the joy palpable.

But the reception was marred by a deeply unfunny “joke” made by the MC, a grown Pakeha man, who thought it was wildly hilarious to put on a stereotypical “Chinese” accent and riff on damaging and offensive stereotypes about Asian New Zealanders.

When confronted by a wedding guest, the MC was dismissive and unapologetic. Offending people, apparently, was not his intention. Perhaps he wasn’t aware that people of Asian heritage were present. I have no doubt many people would let this matter slide, and give the MC the benefit of the doubt. After all, he was only joking, right?

Wrong. This “casual” racism — if indeed, racism can be termed “casual” — is an everyday occurrence for many people in Aotearoa.

As comedian James Roque points out, writing for the Spinoff, “it’s possible to not harbour genuine hate for another ethnicity in your heart, yet still support behaviour that perpetuates that hate.”

Just as with more blatant forms of racism, casual racism denigrates, humiliates, and marginalises those who experience it. 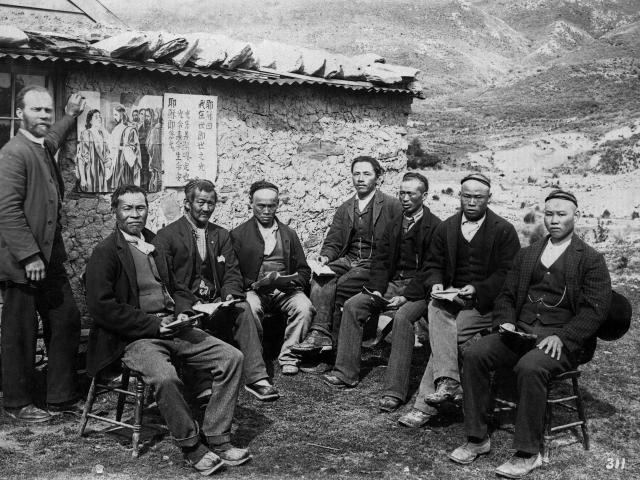 Chinese gold miners in Otago were subjected to racism. Photo: Alexander Turnbull Library
In a column of this length, I cannot do justice to the complexity of this issue. I am not qualified to speak on the differential treatments of Asian people in Aotearoa, nor can I tackle the casting of Asian New Zealanders as model minorities.

But I write this article because I am cognisant that it should not rest upon the shoulders of Asian New Zealanders to speak about and rally against the racism they face.

Being Pakeha, I cannot comprehend what it is to face ignorance and racism head-on.

But Asian New Zealanders should not have to bare their souls, and list in excruciating detail every instance of racism they have encountered, in order to have their concerns taken seriously.

But this racism is not a new problem.

The myth of unceasing kindness perpetuated by the current government would have us believe that all immigrants are met with cheery smiles and warm acceptance.

But the West, including New Zealand, has long pigeonholed China as a place of disease and sickness.

Anti-immigrant and anti-Asian sentiment is woven into our country’s very fabric, from the exploitation of Chinese labourers on the Otago Goldfields, to the Immigration Restriction Amendment Act 1920 (the White New Zealand Act), to present-day comments by New Zealand First members.

There has been a three-fold increase in the number of race-related complaints received from Asian people by the Asian Family Services since February 2020.

According to Race Relations Commissioner Meng Foon, the incidents “primarily related to anti-Chinese racism and harassment, or to events affecting other people of Asian descent who believe they were mistaken for being Chinese.”

The mockery of accents is usually accompanied by stigmas and stereotypes about the race, culture, or ethnicity of the target audience.

Linguists use the term “linguistic profiling” or “accent discrimination” to refer to the judgement Bipoc (Black, Indigenous, and people of colour) people in particular face because of their manner of speaking.

Countless studies have been conducted regarding the discrimination people with foreign accented speech face, in public, in private, and in the workplace.

Mocking someone’s accent is incredibly patronising and degrading behaviour. It illustrates that the person doing the mocking believes that their target is unintelligent and incapable of “assimilating” to the predominant culture.

When one of the contributors to this column, Jack Yan—who speaks with a standard Kiwi accent—ran for mayor of Wellington in 2013, The Dominion Post stated on its front page that “his accent did not help”.

In other words, mockery doesn’t even have to be founded in fact: it’s used to deny people a fair go and play on prejudices.

It is also important to acknowledge that the presence or absence of an accent does not shield Asian New Zealanders from other forms of racism.

As Sidney Wong points out, being complimented on one’s “good English” is “not a compliment”, and moreover, “is quite patronising.”

This can be as subtle as media running articles about Covid-19 that only feature east Asian faces wearing masks — one New Zealand-born man of Chinese descent was harassed by a photographer who wanted to capture a photo of him wearing a mask.

Predictably, it wound up in an article on Covid-19 last year.

The implication was clear, part of a long history of the “yellow peril”, where even a white supremacist murderer, who killed Chinese immigrant Joe Kum Yung in 1905, can find his poetry quoted in an NCEA exam in December 2020.

NZQA said the white supremacist was “little-known” but that his views on race were “known” — it can’t be both, and it appeared they couldn’t see that the poetry’s inclusion was racist.

So-called comedy at the expense of Asian New Zealanders appears to be the last socially permissible form of racism.

This “comedy” is stale, boring, and lazy. Comedy is exciting and invigorating when it “punches up”, not down.

I have no doubt many devil’s advocates will claim that because it’s “OK” to casually mock the Australian accent, or mimic the Queen’s English, we should all be allowed to mock various Asian accents.

But this lazy comparison ignores the power imbalance inherent in a privileged white man mocking and denigrating the speech of one who does not occupy a similar place in society.

Meng Foon recently launched the ‘‘Racism is No Joke’’ campaign to raise awareness of racism against Chinese and other Asian New Zealanders.

I would encourage all my readers to check out this campaign, which includes a series of short videos featuring James Roque discussing why racist jokes are unacceptable.

I wasn’t at my brother’s wedding and so will never know how many people laughed at the “joke”, how many people internally cringed, or whether I would have called the MC out on his racism.

But, going forward from here, I know that I, and my fellow Pakeha, have a duty to confront and condemn racism towards Asian New Zealanders — regardless of how “casual” it may seem.

Postscript: This article has been a team effort. I am very grateful to all the contributors for their help, advice and insights.