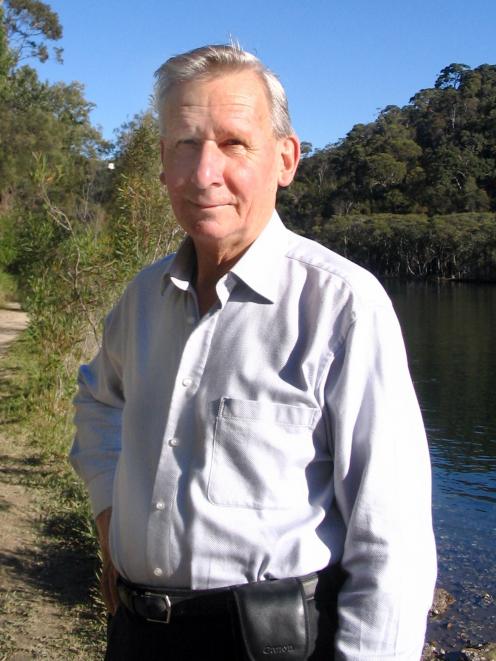 Ian Harris is signing off after a long period as a ODT columnist. Photo: Tom McKinlay
Ian Harris looks back on 16 years of columns in the Otago Daily Times and commends the role of faith, properly understood, in our secular world.

It's fascinating to be living at a time when Christianity is going through one of its most creative phases. Or rather should be, because that’s not happening everywhere, nor evenly, and as with every major shift in the church’s evolution, there’s plenty of resistance along the way.

But for those with eyes to see, new doors are opening, new insights into the Bible are superseding understandings that once seemed chiselled in stone, and new interpretations of the Christian faith tradition are emerging that are fully in sync with our secular world.

These are the areas which this column has been exploring over the past 16 years, and the Otago Daily Times has made a signal contribution by allowing readers a glimpse of this revitalising process through its Faith and Reason feature.

The column has a shorter prehistory. It began in 2001 when a former editor of Wellington’s Dominion newspaper rode a hunch that there was a continuing interest in religious ideas, despite a deep-seated hostility to religion in the New Zealand media generally.

When I took it on, I knew it would draw flak from sections of the churches and atheists alike. It did, and when the Dominion and Evening Post merged in 2002, the new editor axed the column — only to reinstate it a fortnight later following a surge of protest from readers.

Another editor wielded the axe again in 2009. She admitted receiving a mailbag of protest letters, which she duly ignored. But the response confirmed for me that the first editor’s hunch was right: despite the decline in church attendance, there’s a continuing interest in issues of religion and spirituality.

At the outset, I devised some guidelines.

The target readership would be people who were not linked with any church, but were nonetheless interested in contemporary religious thinking.

The aim would be to present another way of seeing, with a view to exploring ideas free of institutional constraints and dogmatic straitjackets, and without recourse to a supernatural world beyond us.

My approach would not be in any way hostile to the essential core of the Judaeo-Christian tradition, but seek to tease out key concepts in a way that might make sense to secular people in a secular world. It would reflect the main currents of modern scholarship, bringing such thinking to the attention of people who might never be aware of them otherwise, in the churches or out of them.

The column would build on the assumption that ideas about God are generated within the human imagination for powerful, profound and honourable reasons, and that all religions are human creations.

I would offer that other way of seeing as clearly as I knew how, but would not use the space to attack other people’s cherished beliefs. Always the emphasis would be on the experience and processes of religion, not creeds and dogmas.

So the column has treated the Christian tradition as an open-ended process of becoming. The heritage centred on Jesus is basic. The point is not to embrace it uncritically, however, but rather to distinguish its core from the barnacles which over the centuries have inevitably encrusted it.

Among the barnacles are old theological formulations that made good sense within the world as it was once understood to be. But our modern understanding of the heavens, Earth, life, humanity and destiny is vastly different. In the past 200 years knowledge has exploded — think of space and an expanding universe, the relativity of time, space and matter, Earth’s age, nature’s processes, quantum physics, biological evolution, our genetic coding, medical science, psychology, global awareness and more.

The upshot is that the age-old God questions must now be re-addressed from within our society’s secular world-view. That means Christians today will be truest to their heritage when they scrape away the barnacles, re-examine the origins of their faith, take full account of modern knowledge and experience, and then rethink what faith can mean in the modern world.

Faith is critical. In common usage it means believing all sorts of weird and wonderful things on the basis of ecclesiastical authority.

That’s a grotesque distortion. True faith is a quality of human living. It is a trusting orientation to life and its possibilities for good. It draws on past traditions but is free to rethink them as knowledge expands and world-views evolve. It sits along with hope and love at the pinnacle of human values.

On that note, I sign off on my 331 columns published in this newspaper. Happy Christmas!

I am a traditionalist but have always enjoyed Ian's columns on Christianity.

The principle of Christianity is the redeeming of people who would no longer belong to the world, or evil actions. In faith people would become overcomers of the enemies of God instead of serving His enemies.

Conflict. The Christian Bodybuilding Paramilitary Right are paras, not Christian.