Secular religion not an oxymoron 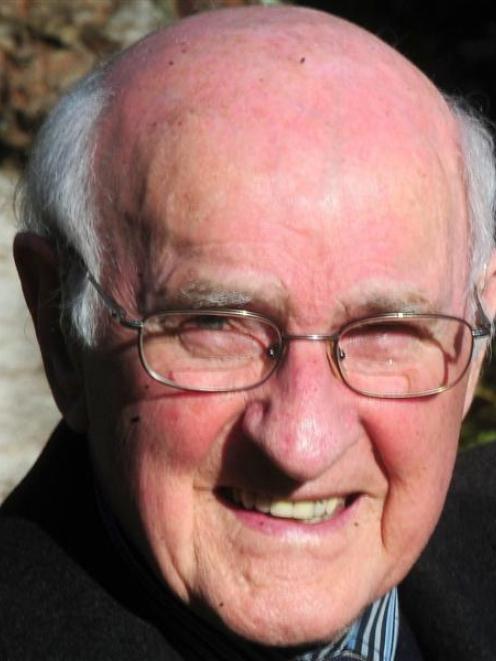 Is secular religion a contradiction in terms? The popular answer would be: ''Of course! Religion can't be secular, or it wouldn't be religion.''

The popular answer is wrong. Indeed, two leading exponents of religion in Australia and New Zealand assert that in the modern world, religion must be secular if it is to do its religious job properly.

That is because secular means related to this world, this time and this place, and Western culture is now secular.

The exponents are Winton Higgins, a Sydney teacher of Buddhist meditation, and Sir Lloyd Geering, whose 70th anniversary of ordination as a Presbyterian minister was marked at a special service of Wellington Presbytery on Tuesday. Sir Lloyd says there is no contradiction because religion has to do with the meaning and purpose of one's life, and therefore is part of the human condition.

The way people interpret their meaning and purpose will depend largely on how they see the world, and that will vary from person to person, culture to culture, and century to century. But reflecting on them makes everyone religious to some degree.

Sir Lloyd and Mr Higgins met in St Andrew's Church in Wellington last week, and found much in common between a Buddhist and a Christian approach to secularity in the modern world.

Sir Lloyd said the way people see the world today was vastly changed from that of the 1st century, so the way religion is experienced and expressed must change with it.

''A great deal that's believed and practised in Christianity today is superstition,'' he said, defining that as any practice or belief that has outlived the context in which it was once appropriate.

''If we regard the past as laying down the permanent and unchanging foundations of religion, we're in real trouble. Any true religion for this age must fit the way we see reality today, which means it must be secular.''

The teaching of both Jesus and the Buddha, relative to their own times and cultures, was more secular or this-worldly than is commonly understood, he said. Both were concerned primarily with how to live life fully and well within their respective cultures.

Mr Higgins sees secular Buddhism as a reaction to a dumbed-down ''blancmange Buddhism'' that emerged in the West after 1960. It is trying to take something coherent from the Buddha's earliest teaching and present it in a way that modern people can work with in their secular world.

''Secular Buddhism has given away the idea of rebirth,'' he said.

''The Buddha's original doctrine leaves no room for that anyway - he saw every aspect of our being as impermanent, with no enduring `me'.''

The institutionalisation of Buddhism in powerful monasteries brought other agendas into play, including their relation to power elites.

Sir Lloyd paralleled that by describing how in Christianity the church filled the vacuum created by the decline of the Roman empire. It came to be organised like an empire, and the pope took on the imperial title of Pontifex Maximus (pontiff) - ''the original Jesus would have been horrified''.

He did not think the Catholic Church would become more secular with the election of a new pope. The Second Vatican Council in the 1960s had given the Church a tremendous burst into the modern world, but since then the governing curia had been taking it backwards.

Mr Higgins said the Buddha was not interested in starting a new religion, but in getting people to tune in to their own experience. Sir Lloyd said Jesus was a rather special Jew who was able to see beyond his Jewishness to the significance of being human, and how to become fully developed human beings.

Common to both religions was their concern with right action rather than right belief. This shows in the values they have always put at the forefront: concern for one another, love, compassion, and a readiness to accept the other person, no matter who they are.

Asked what secular religion would look like today, Sir Lloyd sees no need to replace the basic church structure.

''A church is basically a fellowship of people,'' he said.

''We all need one another, and the church brings people together for mutual support.

''Churches should now recognise that we are all part of an evolving universe. They are places where people can learn to give thanks for and marvel at the universe, value all forms of life, value our cultural inheritance, celebrate our togetherness and what we are able to be, and work for a viable human future.''