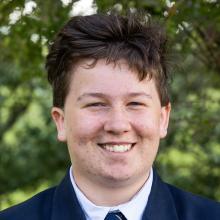 This story is a fictionalised account of a historical event.

Johnson Lee is the name of the land purchased in the Catlins by Harvey Johnson in 1911. This is the story of how it came to be.

Harvey Reginald Johnson Jr was born in 1887 in a small town in the Scottish Orkney Islands called Longhope.

Only about 160 people lived there at the time. Harvey’s father, also named Harvey, owned a fairly large sheep farm just out of town consisting of around 400 acres which was one of the largest farms in the area.

This farm is where Harvey grew up until he was 18 when, in 1905, he joined the British Navy.

During this time he sailed to many countries but one particularly piqued his interest. While sailing back from a supply run in 1909, his ship was hit by a freak storm, causing him to be blown severely off course from his targeted location of southern Australia.

The ship ended up crashing into the low-lying lands on the West Coast of New Zealand’s South Island between the two towns of what is now Hokitika and Greymouth. On his ship was a squad of around 20 men.

Luckily the ship had been filled with supplies such as food and water from the last time they docked. They started rationing their food to figure out how long they would be able to survive without assistance.

They determined they had enough food and resources for around 40 days and after that supply ran out they would have to figure out what to do. While the rationers worked out how many supplies they had, the other men went out to assess the damage the ship had sustained.

They determined that there were multiple holes in the hull that would need to be repaired to get the ship seaworthy. Luckily when Harvey was younger his father also owned a large area of forest which Harvey would frequently play in, and he had learned how to determine the different types of trees and how to assess whether the wood would be able to float or whether it would sink.

The timber gatherers were led by the ship’s captain Richard Whitby as they ventured into the vast West Coast beech forest with trees as far as they could see. There was a large ridge ahead of the ship that the gatherers decided they would climb to get a vantage point of where they were. They clambered up the steep, rocky slope, tripping over on the loose shale that was littered along the ridge.

Once they reached the top of the ridge they had a strategic vantage point over the ship and its surroundings. Captain Richard stationed two men atop this ridge to act as lookouts while the others descended the ridge to start gathering the timber.

Five days later the ship’s main hull had been repaired and the final repairs were being completed on the starboard side.

The experience of being trapped here and having to rely on the forest to be able to get home to see his family helped Harvey form an attachment to the island. He vowed that one day he would return with his family and settle here.

Ten days after the shipwreck the ship had been repaired and the rationers had been way off on their calculations as they thought they had enough food for forty days when in reality they only had enough for twenty which was just enough to get them back to Great Britain.

Three years later, Harvey lived up to his vow and he bought a 1000-acre parcel of land in an area which had been promoted as an up-and-coming area of New Zealand — a place now known as Owaka.

Harvey, along with his wife Marybell, started to develop the farm which has continued to be run for the next six generations of Johnsons: the Johnson Lee run.