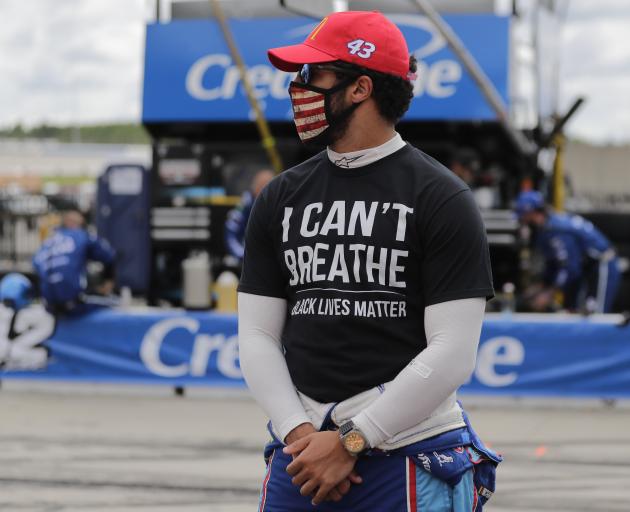 Police cam video footage was released last week which offers new details on the death of George Floyd in Minneapolis on May 25, 2020.

Floyd died after he had been arrested and handcuffed following a report that he tried to pay for cigarettes with a counterfeit $20 bill.

When Floyd resisted being put in a police vehicle he was pulled to the ground. Police officer Derek Chauvin pressed his knee between Floyd’s head and neck to keep him pinned in position.

It was originally reported that Chauvin pressed his knee into Floyd’s neck for 8min 46sec in total, but three weeks after Floyd’s death this was corrected to 7min 46sec.

Videos taken by passers-by after Floyd was on the ground were widely shared on social media. These show Floyd’s pleas and protests. After six minutes in this position he fell silent and became unresponsive.

The official autopsy recorded an underlying heart condition and gave the cause of death as cardiac arrest. However, an autopsy paid for by the family attributed death to neck and back compression, which led to asphyxiation.

Chauvin has been charged with second-degree murder.

The police videos provide a fuller record of the tragedy, which lasted about 30 minutes. The transcripts also confirm that Floyd repeatedly pleaded that he could not breathe. He said this 20 times in total.

Garner died on July 17, 2014, in Staten Island, New York City, after he was restrained in an illegal chokehold. Garner’s words "I can’t breathe" became central to the Black Lives Matter movement.

Other African-Americans have made the same plea prior to deaths during arrest. These include, Javier Ambler (Austin, Texas, March 28, 2019), Elijah McClain (Aurora, Colorado, August 27, 2019), Manuel Ellis (Tacoma, Washington, March 20, 2020). Byron Williams (September 5, 2019, Las Vegas, Nevada) repeatedly protested he could not breathe — 17 times — but to no avail.

According to a report in the New York Times (June 29, 2020), over the past decade the phrase has been used by at least 70 people who died in police custody — more than half of whom were black — ranging in age from 19 to 65.

With the global challenge of Covid-19, and the recent outbreak in Auckland, we are all more attentive to breath and breathing. This leads us to hear "I can’t breathe" with a special urgency.

For the churches, there is a further theological reason to give attention to these words. They invite reflection on Jesus’ own death on the cross.

The precise cause of death in crucifixion probably varied. It could have come through heart attack, blood loss and hypovolemic shock, or asphyxiation, or a combination of these causes. But there is no question that hanging on the cross made breathing extremely difficult.

To relieve pressure on the lungs the crucified had to pull his body up, at the cost of great energy and pain. After holding this position to take a breath the body could then slump down again. Breathing then became difficult again, and so the excruciating process had to be repeated, and repeated.

Eventually, the effort became too much. Fatigue and exhaustion set in and finally, asphyxiation.

Jesus is recorded as speaking from the cross. His words in different gospels include: his cry of abandonment, "My God, my God, why have you forsaken me?" (Mark 15:34, Matthew 27:46); his words on forgiveness, "Father, forgive them, for they know not what they do" (Luke 23:34); his promise to the thief crucified alongside him, "Truly I tell you, today you will be with me in Paradise" (Luke 23:43); his instructions to his mother and the beloved disciple, "Woman, here is your son". Then he said to the disciple, "Here is your mother"’ (John 19:26-27); and his declaration, "It is finished" (John 19:30).

There is no record of Jesus saying "I can’t breathe". He might have, and perhaps this did not seem noteworthy at the time, or he might have remained silent. However, Jesus would have been very aware of his struggle for breath on the cross. In Luke, following Jesus’ final words "Father, into your hands I commend my spirit", Luke adds, "he breathed his last" (Luke 23:46).

As we remember those who die struggling for breath in today’s world, we are reminded that breath had a sacred quality in Jewish life. One of the Hebrew words used in the Bible for breath is ruach, and this can mean both spirit and breath. Ruach can also signify God’s influence over creatures and creation. Every breath could be a reminder of God’s presence, and affirm the God-given value of the spirit in each person.

A struggle for breath is also a sacred struggle, in which God’s divine presence can be found.

- David Tombs is a professor of theology and public issues, and director of the Centre for Theology and Public Issues at the University of Otago.

Church buildings in California, Minnesota, New York, Kentucky, Texas, and Colorado were attacked by various BLM protesters. The Cathedral Basilica of the Immaculate Conception in Denver sustained permanent damage.
In Minneapolis, protesters burned the interior of the Catholic Basilica of St. Mary, one of the oldest churches of its kind in America.
St. Patrick's Cathedral in New York City, one of the most famous churches in America, was vandalised. The cathedral was tagged with various graffiti, including profanities, “No justice, no peace,” “BLM” (Black Lives Matter) “NYPDK.” The name of George Floyd was also written on the stairs outside the cathedral.
St. John Episcopal, a historic church directly behind the White House in Washington, D.C., was attacked by protesters who set up a bonfire in front of the church.
In Dallas, the Saint Jude Chapel located in the city’s downtown area was severely damaged by rocks.

The president of Greater New York Black Lives Matter stated in an interview: “If this country doesn’t give us what we want, then we will burn down this system and replace it. All right? A mantra repeated across social media. Violent mobs deserve no respect.

They are not respected.

The point is Human life should be respected. Buildings can be rebuilt.

Buildings may well be rebuilt, but a fractured dysfunctional society without strong foundations of law and order can support nothing, let alone provide for and protect its people. Utopian ides of defunded law enforcement are a joke. Ultimately, the mob does not care if the person whose house they are vandalizing is on their side or not. Their approach is to “burn it all down” and then completely rebuild society to reflect their agenda.
But the biggest flaw is BLM removes responsibility from the black community.
BLM is a “to do” list of things white people must do.
It ignores how an alleged white supremacist society has over time made its peace to accommodate and promote other minorities, Asians, people from the Indian subcontinent, Cubans and Hispanics among them, albeit unequally, and overcome waves of hate and racism against, in no particular order, the Irish, the Jews, the Catholics, the Italians, women, gays, and streams of refugees, never mind comfortably elect a black president twice and give him two black attorneys general.
The whole BLM narrative rejects Dr. King’s dream of insistence on content of character. Skin colour is everything and race the dominant focus.