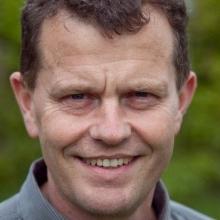 Tim Cooper.
We are shaped by the past and moulded by myths, writes Tim Cooper.

The more I teach the history of Christianity, the more I realise how deeply we are formed by the past, even if we have little knowledge of it.

I am discovering the truth once observed by the American novelist William Faulkner: ‘The past is never dead.  It’s not even past’.

For Christians, this is particularly the case with the 16th-century Reformation, when Martin Luther challenged the prevailing theology of the late medieval Catholic Church in matters of salvation.

As a result, the one Western Church broke apart into a steadily increasing number of fragments.

It also bequeathed to Protestants the deep conviction that the Bible should be the sole authority in matters of faith, and a horror of anything that smacks of "salvation by works".

When these sentiments are challenged, it is easy to feel that something tremendously important is at stake.

There is nothing wrong with this but we might recognise that the distant past is still at work.

Somewhere deep inside there is a Martin Luther or a John Calvin who starts to shudder.

I have no wish to be simplistic or to dismiss anyone’s genuine theological convictions.

As a Protestant Christian I share those convictions myself.

But it is curious that we have these reactions in part because these men had a big fight over theology  500 years ago on the other side of the world.

We are shaped by that past and moulded by myths: those stories we tell ourselves about what it means to be Protestant or Roman Catholic in terms that were set in the  16th century.

This is true, even if we are not Christian.

The 18th-century Enlightenment profoundly conditions our view of reality, even if we have no idea what is meant by it.

The Enlightenment was the time, in some popular readings, when humanity finally escaped from the superstitious and irrational slavery of religion into the gloriously free, reasonable and tolerant realm of Modernity.

This is also a myth, a powerful foundation story that, though two or three hundred years in the making, still shapes the way in which we view ourselves today.

When it percolates in novels, movies and popular discourse we may have no idea where these ideas come from or how old they are.

To illustrate, we can return to the  16th and  17th centuries and to what are commonly called the "Wars of Religion".

Given that label, and emerging as they did at the same time as the Protestant Reformation, you might think  religion was the cause of these wars.

As David Bentley Hart points out in his provocative book Atheist Delusions, "the mercenary armies whose predatory brutality to the towns and villages of the German states was part of the special horror of the Thirty Years’ War were scarcely motivated by disputes over papal primacy or transubstantiation".

Hart prefers to call these "the first wars of the modern nation-state".

Europe was moving from an old imperial order to a new order constructed around autonomous and sovereign nation states, so the alliances we see followed political interest more than religious confessional adherence.

The rising state sought to control or to crush every other rival, including the Church.

Hart goes on to list the horrific wars conducted in the centuries ever since, not least in the  20th century, by secular states.

"Far from the secular nation-state rescuing Western humanity from the chaos and butchery of sectarian strife, those wars were the birth-pangs of the modern state with its limitless licence to murder."

I did say his book was provocative.

My point is not to contend for the meaning of these conflicts one way or the other.

Nor is my point that we have inherited from the Enlightenment a set of myths that are deeply suspect (even though we have).

My point is that the past is nothing but relevant.

As we all know, those who fail to learn from the past are doomed to repeat it.

That is true enough.

But it is also true that if we ignore the past we run the risk of letting others do our thinking for us, even if those others have long since died and even if we have no idea of their previous existence.

We may have no understanding of what is meant by the Reformation or the Enlightenment but that doesn’t mean that we are not deeply conditioned by them.

One of the most cherished values of the Enlightenment is that we are free and autonomous individuals.

Well, we may not be as free as we like to think, and certainly not from the past.

- Tim Cooper is associate professor of church history in the Department of Theology and Religion at the University of Otago.

The problem with being protestant is that 600 years is one long protest. 'Merrie England' was pre Reformation. An entire way of life and belief system was ripped away by the Tudors and the Germanic religions. That is why Anglicanism inclined toward High Church.