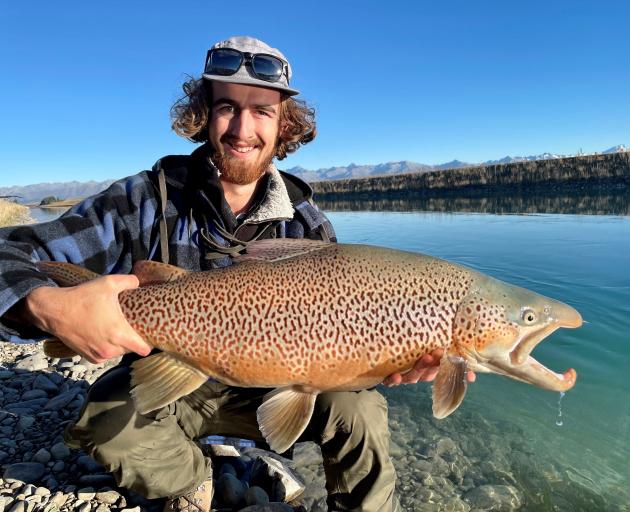 Angler Scott Miller with a 9kg brown trout he landed in the Tekapo canal in April.
It's now oh-fish-ial.

Trout are continuing to grow — and grow — in the hydro canals in the Mackenzie Basin and it doesn’t matter where they hatched.

"Twenty pound trout get caught on a weekly basis at the canals, but this is the first time one of our tagged trout has reached that size — it’s a milestone for our research project," he said.

Since March 2020, 812 tagged trout have been released into the Tekapo canal as part of a research project assessing the growth and movements of trout that migrate downstream into the canal from its headwater, Lake Tekapo.

"The growth rates achieved by Scott’s trout and other tagged trout reported to Fish & Game are phenomenal," he said.

"We tagged and released Scott’s trout in July 2020 and at that time it was 415mm long and estimated at 1.5-2 pounds. Approximately 22 months later, Scott estimated the same trout to be 20 pounds. So that equates to about 10 pounds of growth per year.

"But there is an even more phenomenal example of growth reported, a tagged brown trout that experienced about 14 pounds growth per year. That is remarkable considering most trout in Lake Tekapo only reach a maximum size of three to five pounds.

"These findings shed new light on beliefs held by some anglers that the ability of canal trout to reach gigantic sizes is limited to trout born and bred in the canals and that only old trout can grow to gigantic proportions.

"The tagging programme results suggest that trout of any origin can reach huge sizes in the canals given their unique food sources and habitat and that growth can be so rapid that relatively young fish, potentially only 2 to 4 years of age, may reach 20 pounds.

"There is still much more to learn from the tagging programme, and we encourage anglers to report their catch of tagged trout."

The tags are coloured strips set beside the dorsal fin and all have a unique four-digit number — that is the key piece of information to report. Other information to report includes the location of the catch, date caught, whether it was kept or released and length and weight.

The Tekapo canal upstream of the SH8 bridge is closed to fishing from June 1 to August 31.

Year-round fishing is available at the Mackenzie Basin hydro canals, the Tekapo canal downstream of SH8 and the Pukaki and Ohau canals. 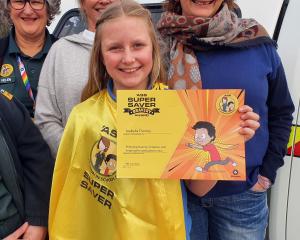 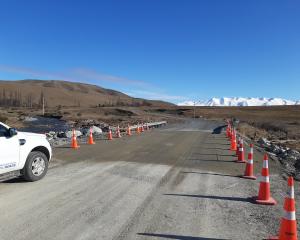 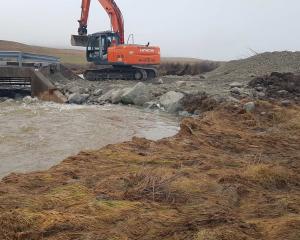 Worst flood in a century for station 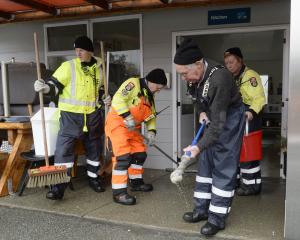 Locals band together after flooding 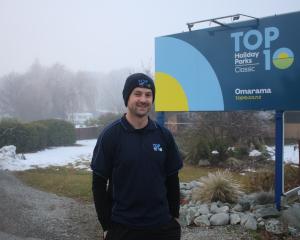 Group calling for information about plant 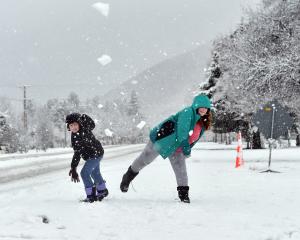 A treat and a chore