Otago regional councillors want an explanation from Government of its carbon accounting policies.

The  reasons why the vegetation’s carbon sequestration was not counted in emissions tallies remained unclear to councillors yesterday.

The Otago Regional Council’s strategy and planning committee asked council chairman Andrew Noone to write to appropriate Government ministers for clarification on their concerns and consideration of the issues they had with current carbon accounting practices.

Councillors also asked Mr Noone to invite Government representatives to meet the council.

A stocktake of regional emissions presented to councillors earlier this year said Otago produced more than its fair share of the nation’s greenhouse gas emissions per person.

The  agricultural industry was the leading contributor to regional emissions by a significant amount.

At the time some councillors argued the rules were overly strict, and unfair.

New Zealand’s chosen standards for forests for carbon accounting purposes stated trees must be capable of growing to 5m tall, their report to the committee said.

As a category, cropland, which included orchards and smaller trees, but which also included annual and perennial crops, vineyards and shelterbelts, was considered a net emitter.

Emissions from soil during land conversion were typically greater than the small amount of sequestration that could occur in the short rotation length of orchards or crops, their report said.

Native tussocks, in the category of low producing grassland, were not included in regional accounting because there was a lack of knowledge both about the amount of vegetation types in the category and about their sequestration rates, the report said.

However, there was a chance their inclusion could be reviewed, it said.

As councillors considered the report they raised a variety of concerns about the rationale the Government used.

It estimated the agriculture industry, particularly sheep and beef activities, accounted for 65% of emissions in Otago across four of the five districts.

Transport was the biggest emissions source in the Queenstown Lakes district and a significant source in Dunedin.

It accounted for 16% of the region’s emissions. 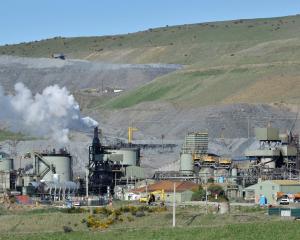 Delta at our doorstep

Yes this carbon credit etc is a total scam in this country, all countries.
Grass is another carbon eating product, if we counted our native forests etc, New Zealand would be carbon neutral.
I wonder why this is so?
Millions of dollars for whom.
So terribly sad the world has come to this

Maybe while they are at it they can ask why emissions from international aviation and shipping is not included as well as a whole raft of other lower emitting sources.
Once again the ORC demonstrate that they are more concerned with protecting the commercial needs of wealthy land owners than they are in protecting the environment and health of future generations.