Cavalcaders from across Otago are gearing up for the 16th annual event - See U in Waikouaiti - with the earliest trails leaving for the small town tomorrow morning.

Comprising 480 cavalcaders, hundreds of horses, tonnes of food, and a myriad of volunteers, this year's cavalcade involved 10 trails which, over the course of a week, will converge in Waikouaiti at noon on Saturday, March 1.[slideshow]

Organised by the Otago Goldfields Heritage Trust, the event had become an important event.

Fifteen riders this year have taken part in every cavalcade. Co-ordinator and adviser Roberta Laraman, of Cromwell, said that when the first cavalcade was held in 1991, ‘‘the men had hair and women had waists''.

‘‘Now we are getting a bit long in the tooth but we still keep coming back. It's become a way of life, and for many it is their annual holiday. It's quite amazing what it means to some people,'' Mrs Laraman said.

This year, 31 cavalcaders were from the North Island, one was from Stewart Island, and nine were coming from Canada, Australia, Saudi Arabia, and South Africa.

Whether rain, hail, or snow, cavalcaders were prepared for the worst and carried all appropriate equipment.

‘‘I put my order in for weather about six months ago . . . I think most cavalcaders feel a bit cheated if they have it too good.

‘‘The only important thing is that it's fine on the last day at Waikouaiti, because that draws the crowds,'' Mrs Laraman said.

She said there had been an increase in horse trekking throughout Otago since the first cavalcade, but the annual event still provided a bit of magic for everyone who chose to ride, walk, or travel by cart.

‘‘The cavalcade is always something different and it's pretty special to have different trails every year which provide the X-factor.''

The Moeraki trail, which provided a rare opportunity to walk along East Otago beaches and through private coastal properties, was the one that appealed most to Mrs Laraman this year.

Waikouaiti had organised for a full day of entertainment to welcome cavalcaders, with street parades, more than 40 stalls, live entertainment, and a hoedown during the evening.

Mrs Laraman said children from 13 of the area's composite schools would lead the trails into Waikouaiti.

The Silverpeaks Country Music Club will provide entertainment during the day and a Christchurch band will play at the hoedown, starting at 8pm. 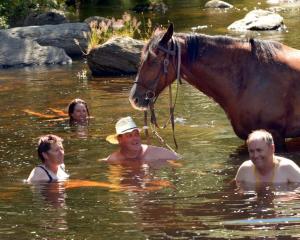 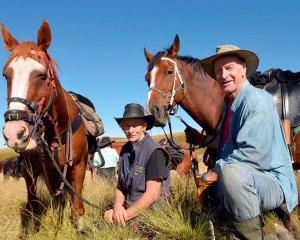 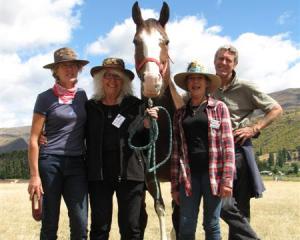 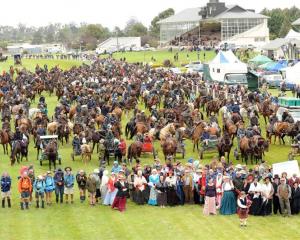 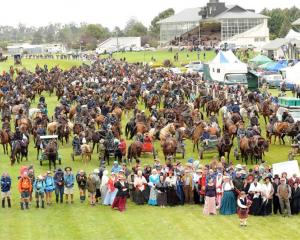 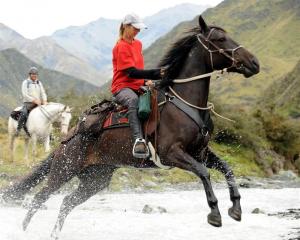 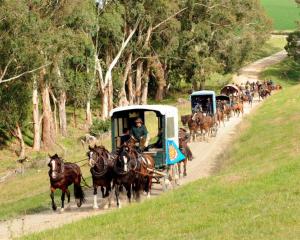 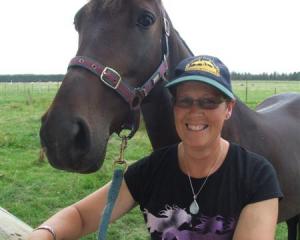 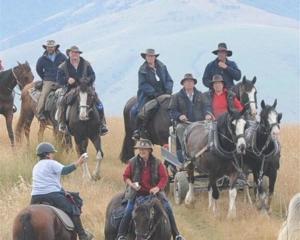