A high-powered Auckland accountant who assaulted his wife in the bedroom of their Central Otago home has been denied a discharge without conviction.

He was granted permanent name suppression, but only for the benefit of the victim and the couple's children, the judge said.

At the time of the March 23 assault, the couple had been married more than 10 years.

The defendant learned about six months before the assault that his wife was having an affair.

The couple had begun marriage counselling, but agreed wife and children would live in the South and he would visit at weekends.

He admitted the assault charge before appearing before Judge Mark Callaghan in the Queenstown District Court yesterday.

Counsel Erin McGill said the assault had to be considered in the context of the victim's infidelity and her client's "seriously vulnerable'' mental state.

"That explains, but doesn't excuse, why he may have behaved so out of character that night.''

After his family had moved south, he had learned she had continued to see the other man.

After the assault, he had spent almost a month as an in-patient at a mental health facility for treatment for depression.

Judge Callaghan said the assault had occurred while the couple were in bed talking.

"The defendant raised the relationship issue, then tried to become intimate with the victim.''

When she turned him down, he abused her before pushing her out of the bed. When she tried to get back in, he lashed out with his feet, causing her to fall to the floor. He then dragged her out of the room by one leg.

She suffered minor bruising to her upper arms.

The consequences of a conviction argued by the defendant's counsel included the need for assessments by the Institute of Chartered Accountants, of which he was a member, and the Financial Markets Authority.

It could also affect his ability to enter some countries.

"People should be safe when they're in a relationship ... Those consequences have not been made out.''

He convicted the defendant, sentenced him to nine months' supervision, and made a protection order in relation to the victim. 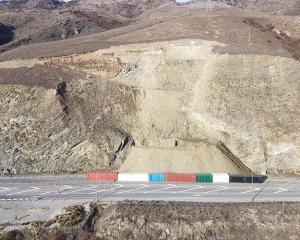